Monti
District of Rome
in Province of Rome of Latium, Italy

The district Monti of Rome in Province of Rome (Latium) is a subburb located in Italy and is a district of the nations capital.

Being here already, you might want to pay a visit to some of the following locations: Ciampino, Tor Lupara, Monterotondo, Formello and Riano. To further explore this place, just scroll down and browse the available info. 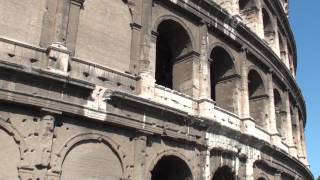 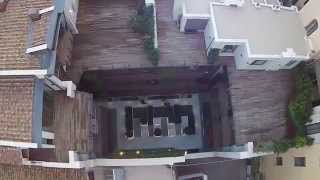 Istituto Nazionale di Statistica (Istat) is the Italian National Statistical Institute. Its activities include the census of population, economic censuses and a number of social, economic and environmental surveys and analyses. Istat is by far the largest producer of Statistical information in Italy, and is an active member of the European Statistical System, coordinated by Eurostat. Its publications are released under creative commons "Attribution" (CC BY) license.

Laocoön and His Sons

The statue of Laocoön and His Sons (Italian: Gruppo del Laocoonte), also called the Laocoön Group, is a monumental sculpture in marble now in the Vatican Museums, Rome. The statue is attributed by the Roman author Pliny the Elder to three sculptors from the island of Rhodes: Agesander, Athenodoros and Polydorus. A life size work (1.84 m in height), it shows the Trojan priest Laocoön and his sons Antiphantes and Thymbraeus being strangled by sea serpents.

The Esquiline Hill is one of the celebrated Seven Hills of Rome. Its southern-most cusp is the Oppius.

The Baths of Trajan were a massive thermae, a bathing and leisure complex, built in ancient Rome starting from 104 AD and dedicated during the Kalends of July in 109. Commissioned by Emperor Trajan, the complex of baths occupied space on the southern side of the Oppian Hill on the outskirts of what was then the main developed area of the city, although still inside the boundary of the Servian Wall. The architect of the complex is said to be Apollodorus of Damascus.

The basilica of Santa Pudenziana is a 4th century church in Rome, dedicated to Saint Pudentiana, sister of Saint Praxedis and daughter of Saint Pudens. It is the national church of the Philippines. It has been suggested that there was no such person as Pudentiana, the name having originated as an adjective used to describe the house of Pudens: Domus Pudentiana. St. Paul refers to Pudens however so it appears that there was a real person with this name.

San Martino ai Monti, also known as Santi Silvestro e Martino ai Monti - Titolo Equizio, is a basilica church in Rome, Italy, in the Rione Monti neighbourhood. It is located near the edge of the Parque de Monte Oppio, near the corner of Via Equizia and Viale del Monte Oppio, about five to six blocks south of Santa Maria Maggiore.

The Pontifical Oriental Institute ("Pontificium Institutum Orientalium" in Latin, "Pontificio Instituto Orientale" in Italian) is the premier center for the study of Eastern Christianity in Rome, Italy. The pontifical school was established in 1917 by Pope Benedict XV. Pope Pius XI entrusted the Institute to the Society of Jesus in 1922, and with the 1928 encyclical "Rerum Orientalium", encouraged bishops to send students to the Institute to be formed as future professors in Oriental studies.

The 2006 Rome Metro crash occurred on 17 October 2006 at 9:37am local time, when one train ploughed in another train as it unloaded passengers at the Piazza Vittorio Emanuele II (or Vittorio Emanuele) underground station in the city centre, killing a 30-year-old Italian woman, named Alessandra Lisi, and injuring about 145 others, of which a dozen were reported to be in life-threatening conditions.

The National Museum of Oriental Art is an important museum in Rome, Italy, dedicated to the arts of the Orient, from the Middle East to Japan. In particular, the museum has a rather remarkable collection of artifacts from the Gandhara area. This is due the archaeological missions of the Italian Institute for Middle and Far East (IsMEO) to the Buddhist and protohistoric sites of Swat, namely the Butkara Stupa, Barikot, Panr, Aligrama among others.

The Arch of Gallienus is a name given to the Porta Esquilina, an ancient Roman arch in the Servian Wall of Rome. It was here that the ancient Roman roads via Labicana and via Tiburtina started. The arch was rebuilt in monumental style in the Augustan period. In 262, the equestrian (Marcus) Aurelius Victor rededicated the arch to the emperor Gallienus and his wife Cornelia Salonina.

The Oppian Hill is the southern spur of the Esquiline Hill (Varro, LL V.50), one of the famous Seven Hills of Rome. It is separated from the Cispius on the north by the valley of the Subura, and from the Caelian Hill on the south by the valley of the Colosseum. The Oppius and the Cispius together form the Esquiline plateau just inside the line of the Servian Wall. In the divisions of the Septimontium (seven hills – Fest.

The Collegium Russicum (Pontificium Collegium Russicum Sanctae Theresiae A Iesu Infante. or Pontifical Russian College of Saint Thérèse of the Child Jesus) is a Catholic college in Rome dedicated to studies of the culture and spirituality of Russia. It is located near the Basilica di Santa Maria Maggiore, separated from the Pontifical Oriental Institute by the Church of Saint Anthony, and is known informally as the Russicum.

Vittorio Emanuele is a station on Linea A of the Rome Metro. The station was inaugurated in 1980 and is sited underground, beneath Piazza Vittorio Emanuele II, which gives it its name, in the Esquilino rione. The atrium of the station houses several mosaics from the Artemetro Roma Prize. The mosaics on display are by Nicola Carrino and Giulia Napoleone. On 17 October 2006 there was a train crash in this station, killing one and injuring over 200 people.

The Church of St. Alphonsus Liguori (Chiesa di Sant'Alfonso di Liguori all'Esquilino in Italian) is a church located on the Via Merulana on the Esquiline Hill of Rome, Italy. It is dedicated to St. Alphonsus Liguori, the founder of the Congregation of the Most Holy Redeemer, who founded and staff the church, and is one of the thirty-three Doctors of the Church. The church is one of the rare examples of neo-Gothic architecture in Rome.

The Basilica of Junius Bassus (basilica Iunii Bassi) was a civil basilica on the Esquiline Hill in Rome, on a site now occupied by the Seminario Pontificio di Studi Orientali, in via Napoleone III, 3. It is best known for its examples of opus sectile work.

Via Cavour is a street in the Castro Pretorio rione of Rome, named after Camillo Cavour. It is served by the Rome Metro stations Cavour and Termini. The facade of the original permanent Roma Termini railway station reached this street, though it is now 200 metres farther back. It runs from Termini and the Baths of Diocletian, runs past Santa Maria Maggiore and San Pietro in Vincoli, and concludes at the Roman Forum.

Aconia Fabia Paulina (died c. 384) was an aristocratic woman and one of the last pagan Romans who tried to save the Roman religion from decline.

Porta Alchemica, or Alchemy Gate or Magic Portal, is a monument built between 1678 and 1680 by Massimiliano Palombara marquis of Pietraforte (1614–1680) in his residence, villa Palombara, located in the east part of the historic centre of Rome on the Esquilino hill in a position almost corresponding to Piazza Vittorio, where today was placed.

Bust of Giovanni Battisti Santoni is an early work by the Italian sculptor Gian Lorenzo Bernini. It forms part of a tomb for Santoni, who was majordomo to Pope Sixtus V from 1590 to 1592. Executed between 1613 and 1616, the work remains in its original setting in the church of Santa Prassede in Rome. It is assumed that Bernini sculpted the heads in the frame.