Prague in Hlavní město Praha with it's 1,165,581 habitants is located in Czechia. It's the capital of this country.

Current time in Prague is now 08:26 PM (Saturday). The local timezone is named Europe / Prague with an UTC offset of 2 hours. We know of 11 airports close to Prague, of which 5 are larger airports. The closest airport in Czechia is Ruzyně International Airport in a distance of 7 mi (or 12 km), West. Besides the airports, there are other travel options available (check left side).

There are several Unesco world heritage sites nearby. The closest heritage site in Czechia is Historic Centre of Prague in a distance of 0 mi (or 0 km), North-West. We encountered 5 points of interest near this location. If you need a hotel, we compiled a list of available hotels close to the map centre further down the page. 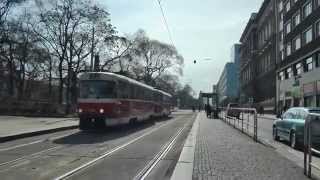 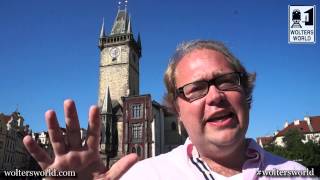 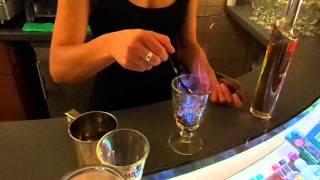 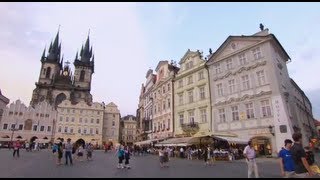 Get tips from the experts on great ways to manage your travel money while visiting the Czech capital. This video was produced by Lonely Planet for Visa. For more information visit: http://www.lonel... 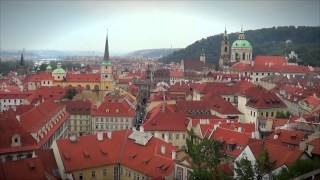 a trip to PRAGUE, DRESDEN AND KARLOVY VARY

WE ENJOYED A WEEK IN PRAGUE, DRESDEN AND KARLOVY VARY. 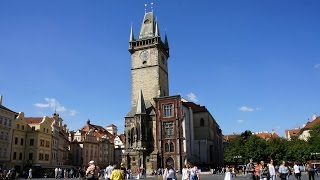 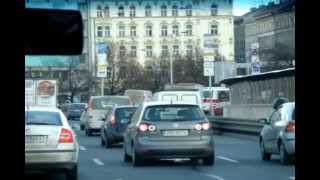 I have visited Czech republic in Dec 2007. I made this Short film about my visit, CZ is a very nice place for relaxing. I hope you will enjoy it. 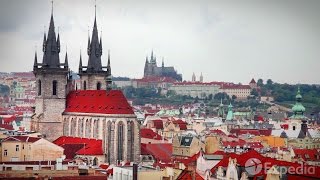 The Central European city of Prague is the capital of the Czech Republic and is one of the world's great architectural jewels. Like a city from a children's story book the city conjures up... 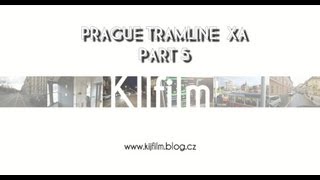 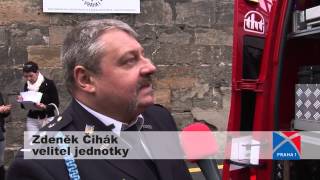 The Prague Astronomical Clock, or Prague Orloj, is a medieval astronomical clock located in Prague, the capital of the Czech Republic. The clock was first installed in 1410, making it the third-oldest astronomical clock in the world and the oldest one still working. Video about ceremony every hour.

See other places named Staré Město (disambiguation). Old Town is a medieval settlement of Prague, Czech Republic. It was separated from the outside by a semi-circular moat and wall, connected to the Vltava at both of its ends. The moat is now covered up by the streets (from north to south-west) Revolučni, Na Příkopě, and Národni—which remain the official boundary of the cadastral district of Old Town. It is now in Praha 1.

The Jewish Town Hall in Josefov, Prague, was constructed adjacent to the Old New Synagogue on the corner of Maiselova and Červená Ulice in 1586 in Renaissance style under the sponsorship of Mayor Mordechai Maisel. It acquired its Rococo facade in the 18th century. The building was the main meeting house of the local Jewish community but is currently closed to the public.

Located at 50.0894, 14.4186 (Lat. / Lng.), about 0 miles away.
Wikipedia Article
Buildings and structures in Prague, Clock towers, Jews and Judaism in the Czech Republic, Visitor attractions in Prague

Old Town Square is a historic square in the Old Town quarter of Prague in the Czech Republic at {{#invoke:Coordinates|coord}}{{#coordinates:50|5|14|N|14|25|17|E|region:CZ_type:landmark |primary |name= }}. Located between Wenceslas Square and the Charles Bridge, Prague's Old Town Square is often bursting at the seams with tourists in the summer. Featuring various architectural styles including the gothic Týn Church and baroque St.

Church of Our Lady before Týn

The Church of Mother of God before Týn (in Czech Kostel Matky Boží před Týnem, also Týnský chrám or just Týn), often translated as Church of Our Lady before Týn, is a dominant feature of the Old Town of Prague, Czech Republic, and has been the main church of this part of the city since the 14th century. The church's towers are 80 m high and topped by four small spires.

Maisel Synagogue is a synagogue in Josefov, Prague, Czech Republic. It was built in 1590-1592, designed by Josef Wahl and Juda Goldsmied and paid by Mordechai Maisel. The synagogue burnt down in 1689 and was then rebuilt in baroque style. It was again rebuilt in 1893-1905. It was Hitler's intended "Museum of the Extinct Race". It serves today as a Jewish Museum, part of the collection of the Jewish Museum in Prague.

The District of Prague-East (Okres Praha-východ in Czech) is a district in the Central Bohemian Region (Středočeský kraj), Czech Republic. Its administrative centre is Prague.

The District of Prague-West (Okres Praha-západ) is a district in the Central Bohemian Region (Středočeský kraj), Czech Republic. Its administrative centre is Prague.

The Jan Hus Memorial stands at one end of Old Town Square, Prague in the Czech Republic. The huge monument depicts victorious Hussite warriors and Protestants who were forced into exile 200 years after Hus and a young mother which symbolizes national rebirth. It was unveiled in 1915 to commemorate the 500th anniversary of Jan Hus’ martyrdom. The memorial was designed by Ladislav Šaloun and paid for solely by public donations.

Located at 50.0878, 14.4211 (Lat. / Lng.), about 0 miles away.
Wikipedia Article
Monuments and memorials in the Czech Republic, Buildings and structures in Prague

The Spanish Synagogue is a Moorish Revival synagogue built in Prague in 1868 to the design of Vojtěch Ignátz Ullmann. The facade copies the form of the Leopoldstädter Tempel, built in Vienna, Austria, in 1853, a tripartite facade with a tall central section flanked by lower wings on each side. As in Vienna, the central section is topped by a pair of domed turrets.

The Jewish Museum in Prague is a museum of Jewish heritage located in Prague, Czech Republic. The Jewish Museum in Prague was founded in 1906 by historian Dr. Hugo Lieben and Dr. Augustin Stein, who later became head of the Prague Jewish Community. The goal was to preserve artifacts from the Prague synagogues demolished during the Urban renewal of the old Jewish Quarter in the beginning of the 20th century.

These districts belong to Prague.