Perugia in Provincia di Perugia (Umbria) with it's 120,137 inhabitants is located in Italy about 85 mi (or 136 km) north of Rome, the country's capital.

Local time in Perugia is now 04:45 AM (Thursday). The local timezone is named Europe / Rome with an UTC offset of one hour. We know of 13 airports in the wider vicinity of Perugia, of which 5 are larger airports. The closest airport in Italy is Perugia / San Egidio Airport in a distance of 6 mi (or 10 km), East. Besides the airports, there are other travel options available (check left side).

There are several Unesco world heritage sites nearby. The closest heritage site in Italy is Assisi, the Basilica of San Francesco and Other Franciscan Sites in a distance of 12 mi (or 20 km), East. We found 2 points of interest in the vicinity of this place. If you need a place to sleep, we compiled a list of available hotels close to the map centre further down the page.

Depending on your travel schedule, you might want to pay a visit to some of the following locations: Torgiano, Corciano, Deruta, Bettona and Bastia umbra. To further explore this place, just scroll down and browse the available info. 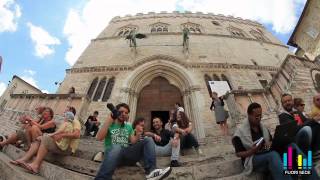 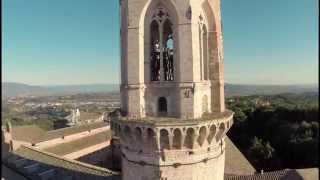 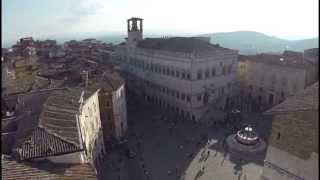 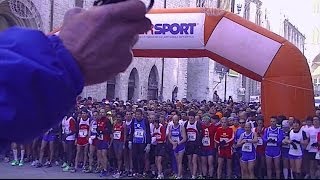 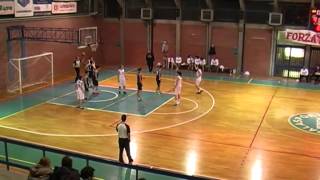 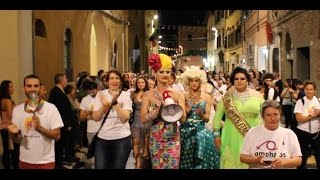 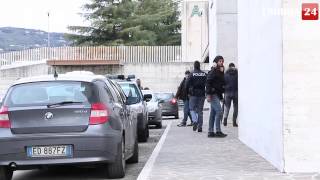 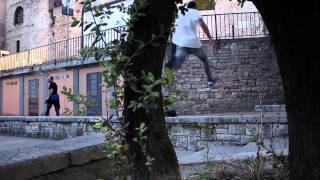 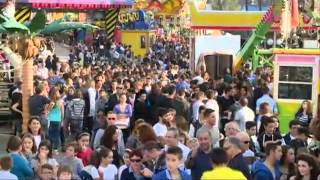 University of Perugia (Italian Università degli Studi di Perugia) is a public-owned university based in Perugia, Italy. It was founded in 1308, as attested by the Bull issued by Pope Clement V certifying the birth of the Studium Generale.

The University for Foreigners Perugia (Italian: Università per Stranieri di Perugia) is a university located in Perugia, Italy. It is one of two Italian universities oriented towards foreign students (the other one is located in Siena).

The Battle of Perugia was fought in the winter of 41 BC and 40 BC between Octavian and Lucius Antonius, the brother of Mark Antony, who was aided by Antony's wife, Fulvia. Octavian's forces were victorious, obtaining the surrender of Perugia. Fulvia was exiled, and died of illness while in exile. This left Antony free to marry Octavian's sister, and a temporary peace between Octavian and Antony resulted.

San Pietro is the name of a church and an abbey in the city of Perugia, central Italy.

The Palazzo dei Priori is a historical building in Perugia, Umbria, central Italy. As in other Italian medieval communes, it was the seat of the priori ("first citizens"). This magistrature was established in Perugia in 1303: the palazzo had been called the Palazzo Nuovo del Popolo ("New Palace of the People") to that point.

Located at 43.112, 12.389 (Lat. / Lng.), about 0 miles away.
Wikipedia Article
Buildings and structures in Perugia, 13th-century establishments, Art museums and galleries in Italy, Gothic architecture in Umbria, Palaces in Umbria, Visitor attractions in Umbria

The Galleria Nazionale dell'Umbria is the Italian national paintings collection of Umbria, housed in the Palazzo dei Priori, Perugia, in central Italy. Its collection comprises the greatest representation of the Umbrian School of painting, ranging from the 13th to the 19th century, strongest in the fourteenth through sixteenth centuries. The collection is presented in twenty-three galleries in the Palazzo.

Located at 43.1097, 12.3879 (Lat. / Lng.), about 0 miles away.
Wikipedia Article
Art museums and galleries in Italy, National museums of Italy, Buildings and structures in Perugia, Museums in Umbria, Art museums established in 1873, 1873 establishments in Italy

The Collegio del Cambio, is the historic seat of the exchange guild in the Palazzo dei Priori in the city of Perugia, Italy. It was built between 1452 and 1457 and now houses a number of artistic masterpieces.

The Fontana Maggiore is a monumental medieval fountain located between the cathedral and the Palazzo dei Priori in the city of Perugia in Italy. It was made between 1277 and 1278 by sculptors Nicola Pisano and Giovanni Pisano. The hydraulics were by Fathers Bevignate and Boninsegna. The fountain was part of program of civic improvements begun in 1278 to celebrate the autonomy of the free commune of Perugia.

Located at 43.1122, 12.3888 (Lat. / Lng.), about 0 miles away.
Wikipedia Article
Fountains in Italy, 1270s architecture, Buildings and structures in Perugia, Visitor attractions in Umbria

Meredith Kercher, a British university exchange student from Coulsdon, South London, was murdered in Perugia, Italy, on 1 November 2007. Kercher, aged 21, was found dead on the floor of her bedroom with stab wounds to the throat. Some of her belongings were missing, including cash, two credit cards, two mobile phones, and her house keys.

San Domenico is a basilica church in Perugia, Umbria, central Italy. It is the largest religious building in the whole Umbria.

Castello di Monterone, known also as Castello Piceller, is a castle situated on a hill, along the street that connects Perugia to Assisi, through Ponte San Giovanni. Very close to the Monastery of San Pietro and to the Church of San Bevignate, this street is one of the “royal roads”, that means, streets leading out of the town through the main gates of the medieval time, along a road network already used by the Etruscans and Romans.

These are some bigger and more relevant cities in the wider vivinity of Perugia.