Lucca in Provincia di Lucca (Tuscany) with it's 81,748 inhabitants is located in Italy about 169 mi (or 272 km) north-west of Rome, the country's capital.

Local time in Lucca is now 02:57 AM (Thursday). The local timezone is named Europe / Rome with an UTC offset of 2 hours. We know of 11 airports in the wider vicinity of Lucca, of which 5 are larger airports. The closest airport in Italy is Lucca / Tassignano Airport in a distance of 4 mi (or 6 km), East. Besides the airports, there are other travel options available (check left side).

There are several Unesco world heritage sites nearby. The closest heritage site in Italy is Piazza del Duomo, Pisa in a distance of 10 mi (or 16 km), South-West. We found 4 points of interest in the vicinity of this place. If you need a place to sleep, we compiled a list of available hotels close to the map centre further down the page.

Depending on your travel schedule, you might want to pay a visit to some of the following locations: Capannori, San Giuliano Terme, Porcari, Calci and Vecchiano-Nodica. To further explore this place, just scroll down and browse the available info. 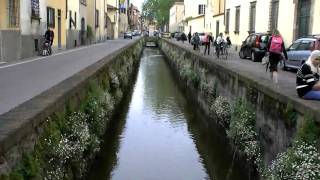 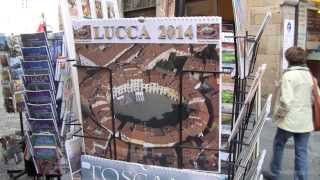 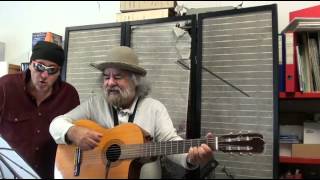 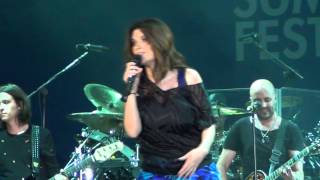 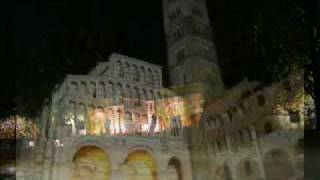 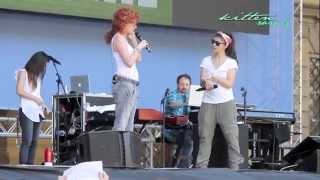 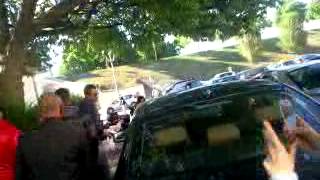 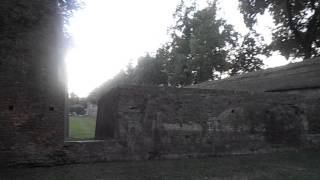 Approaching the walled city of Lucca in Tuscany, Italy on foot. After leaving the train station, cross the road to gain access to the wall. 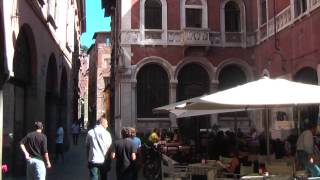 Lucca is a city and comune inTuscany, Central Italy, situated on the river Serchio in a fertile plain near the Tyrrhenian Sea. It is the capital city of the province of Lucca. It is famous... 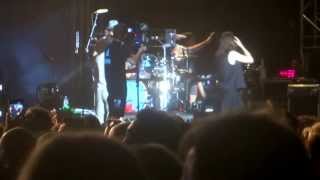 The Cathedral of St Martin (Italian Duomo) is a church in Lucca, Italy. It was begun in 1063 by Bishop Anselm.

Located at 43.8407, 10.5058 (Lat. / Lng.), about 0 miles away.
Wikipedia Article, Homepage
Churches in Lucca, Cathedrals in Italy, Romanesque architecture in Tuscany

The Basilica of San Frediano is a Romanesque church in Lucca, Italy, situated on the Piazza San Frediano.

The construction of Palazzo Pfanner dates back to 1660. It was the Moriconi family, members of the Lucca merchant nobility that commissioned its building. Ruined down by bankruptcy the Moriconi family was forced in 1680 to sell the building to the Controni family, silk merchant who had risen to the nobility.

The Holy Face of Lucca (Volto Santo di Lucca) is a venerated wooden corpus of a crucifix, located in the free-standing octagonal Carrara marble chapel (the tempietto or "little temple"), which was built in 1484 by Matteo Civitali, the sculptor-architect of Lucca, to contain it. The tempietto stands in the right-hand nave of the cathedral of San Martino in Lucca, Italy.

San Michele in Foro is a Roman Catholic basilica church in Lucca, Tuscany, central Italy, built over the ancient Roman forum. Until 1370 it was the seat of the Consiglio Maggiore (Major Council), the commune's most important assembly. It is dedicated to Archangel Michael.

Lucca railway station (Italian: Stazione di Lucca) serving the city and comune of Lucca, in the region of Tuscany, central Italy. Opened in 1846, it forms part of the Florence–Viareggio line, and is also the junction for lines to Pisa and Aulla. All of these lines are served by regional trains only. The station is currently managed by Rete Ferroviaria Italiana (RFI). However, the commercial area of the passenger building is managed by Centostazioni.

The Torre Guinigi is the most important tower of Lucca, Tuscany, central Italy. This tower is one of the few remaining within the city walls. Its main characteristic is its hanging garden on the roof of the tower. The tower has been donated to the local government by the descendents of the Guinigi family.

Located at 43.8436, 10.5069 (Lat. / Lng.), about 0 miles away.
Wikipedia Article
Buildings and structures in Lucca, Towers in Italy, Palaces in Tuscany, Visitor attractions in Tuscany

The Ducal Palace is a palace in Lucca, Tuscany, central Italy.

San Giusto is a church in Lucca, Tuscany, central Italy. Built over a pre-existing one, it dates to the second half of the 12th century.

Sant’Alessandro Maggiore is a Roman Catholic parish church in Lucca, Tuscany, Italy. First mentioned in a document dated 893, the building is of the basilica type with features similar to those of local Romanesque architecture, characterised by a sober classicism.

Palazzo Tucci is an historical palace in Lucca, Italy. The building was renovate in the middle of the eighteenth century, when Giuseppe Tucci, decided to renovate the house where his family lived from more than two centuries. It contains frescoes and paintings from Tuscany and Lucca's painters, together with ancient furnishing. The present owner is a descendant of Giuseppe Tucci, and the palace is open on the first floor (smartest floor) as hotel / bed and breakfast.

Located at 43.8447, 10.5029 (Lat. / Lng.), about 0 miles away.
Wikipedia Article, Homepage
Buildings and structures in Lucca, Palaces in Tuscany, Historic house museums in Italy

These are some bigger and more relevant cities in the wider vivinity of Lucca.