Turin
in Province of Turin of Piedmont, Italy

Current time in Turin is now 02:26 AM (Friday). The local timezone is named Europe / Rome with an UTC offset of 2 hours. We know of 9 airports near Turin, of which 3 are larger airports. The closest airport in Italy is Torino / Caselle International Airport in a distance of 9 mi (or 15 km), North. Besides the airports, there are other travel options available (check left side).

There are several Unesco world heritage sites nearby. The closest heritage site in Italy is Residences of the Royal House of Savoy in a distance of 0 mi (or 0 km), North. We encountered 3 points of interest in the vicinity of this place. If you need a hotel, we compiled a list of available hotels close to the map centre further down the page.

While being here, you might want to pay a visit to some of the following locations: Moncalieri, Nichelino, Venaria Reale, Pecetto and Borgaro Torinese. To further explore this place, just scroll down and browse the available info.

This is our video for the WOW Air Travel Guide for the summer of 2018 Join us to our instagram accounts!! - https://www.instagram.com/mr.silvern/ ...

8 things you don't want to happen when travelling in Italy 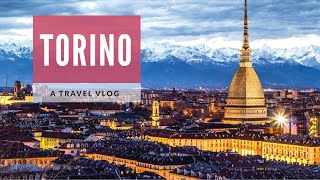 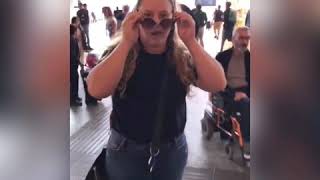 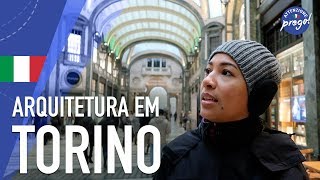 In the center of Turin 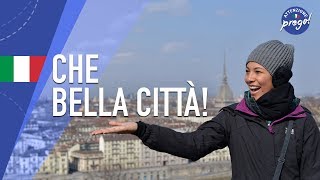 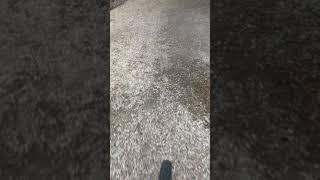 This is a short video of Turin.

The Teatro Regio ('Royal Theatre') is a prominent opera house and opera company in Turin, Italy. Its season runs from October to June with the presentation of eight or nine operas given from five to twelve performances of each. Several buildings provided venues for operatic productions in Turin from the mid-Sixteenth century, but it was not until 1713 that a proper opera house was considered, and under the architect Filippo Juvarra planning began.

Palazzo Madama e Casaforte degli Acaja is a palace in Turin, northern Italy. It was the first Senate of the Italian Kingdom.

Located at 45.0708, 7.68583 (Lat. / Lng.), about 0 miles away.
Wikipedia Article
Castles in Italy, Palaces in Turin, Residences of the Royal House of Savoy, 14th-century architecture, Baroque architecture in Turin

Royal Palace of Turin or Palazzo Reale, is a palace in Turin, northern Italy. It was the royal palace of the House of Savoy. It was modernised greatly by the French born Madama Reale Christine Marie of France (1606–1663) in the 17th century. The palace was worked on by Filippo Juvarra. It includes the Palazzo Chiablese.

Located at 45.0727, 7.686 (Lat. / Lng.), about 0 miles away.
Wikipedia Article
World Heritage Sites in Italy, Residences of the Royal House of Savoy, Palaces in Turin, Museums in Turin, Historic house museums in Italy

The Palazzo Carignano is a historical building in the centre of Turin, Italy, which currently houses the Museum of the Risorgimento. It was once a private residence of the Princes of Carignano, after whom it is named. It is famous for its unique rounded façade. It is located on the Via Accademia delle Scienze.

Located at 45.0689, 7.68611 (Lat. / Lng.), about 0 miles away.
Wikipedia Article
Palaces in Turin, Residences of the Royal House of Savoy, Baroque architecture in Turin, 17th-century architecture

The Turin City Museum of Ancient Art is a museum located in the Palazzo Madama palace, in Turin, northern Italy. The museum has a rare collection of artifacts from Gandhara, coming from the Italian excavations of the IsMEO at the Butkara Stupa in Pakistan. {{#invoke:Coordinates|coord}}{{#coordinates:45|4|15.95|N|7|41|7.72|E|source:itwiki_region:IT |primary |name= }}

The Theological University of Northern Italy is a university of the Catholic Church, and has its main campus in Milan. The administration of the University, which is also located in Milan, in the monastery annexed to the Basilica of St Simplician, is under the leadership of the Bishops of four ecclesiastical regions: Piedmont, Lombardy, Venice, and Liguria. Liguria joined the other three regions recently. The Turin Campus is the Piedmont branch of the Theological University of Northern Italy.

Museum of the Risorgimento (Turin)

The National Museum of the Italian Risorgimento (Museo nazionale del Risorgimento italiano) is the first, the biggest and the most important among the 23 museums in Italy dedicated to the Risorgimento, the only one which can be considered "National" according to a 1901 law and due to its rich and great collections. It is housed in the Palazzo Carignano in Turin.

The Royal Library of Turin (Biblioteca Reale di Torino) is located under the porticoes on the ground floor of the Royal Palace in the north-west Italian city of Turin. At the time of the library’s foundation around 1840, Turin was the capital of the Kingdom of Sardinia and the library was fitted out by Pelagio Palagi on the initiative of the King of Sardinia Carlo Alberto in order to hold the rare manuscripts that had been collected by the House of Savoy for many years.

Located at 45.0722, 7.6855 (Lat. / Lng.), about 0 miles away.
Wikipedia Article
Libraries in Turin, Residences of the Royal House of Savoy, Buildings and structures in Turin, Visitor attractions in Turin

The Centre of Advanced Studies on Contemporary China (CASCC) is a research institute headquartered in Torino, Italy. It is incorporated as a private foundation, established by the University of Torino, the University of Eastern Piedmont, the Politecnico of Torino, the Italian Ministry of Foreign Affairs and several other public and private institutions. The CASCC has strong collaboration with the China-EU Law School.

Located at 45.0681, 7.68813 (Lat. / Lng.), about 0 miles away.
Wikipedia Article
Legal research institutes, Organisations based in Turin, Education in Turin, University of Turin

The Turin Marathon (Italian: Maratona di Torino Gran Premio La Stampa) is an annual marathon race which takes place in Turin, Italy in November. The first edition of the modern race was held in 1987, although other marathon competitions have been held in the city prior to this, including sporadic races in the 1970s and early 1980s, and the earliest known instance of a race in 1897.

The Royal Church of San Lorenzo is a Baroque style church in Turin, adjacent to the Royal Palace of Turin. The present church was designed and built by Guarino Guarini during 1668-1687.

These districts belong to Turin.

These are districts that are close by, but belong to a different city than Turin.

These are some bigger and more relevant cities in the wider vivinity of Turin.