Current time in Aosta is now 03:40 AM (Friday). The local timezone is named Europe / Rome with an UTC offset of 2 hours. We know of 12 airports closer to Aosta, of which 5 are larger airports. The closest airport in Italy is Aosta Airport in a distance of 2 mi (or 4 km), East. Besides the airports, there are other travel options available (check left side).

There are several Unesco world heritage sites nearby. The closest heritage site in Italy is Residences of the Royal House of Savoy in a distance of 49 mi (or 79 km), South. In need of a room? We compiled a list of available hotels close to the map centre further down the page.

Since you are here already, you might want to pay a visit to some of the following locations: Charvensod, Gressan, Saint-Christophe, Pollein and Chef-Lieu. To further explore this place, just scroll down and browse the available info. 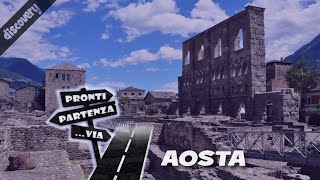 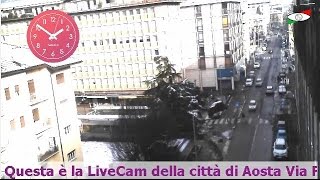 PER CONTINUARE A SEGUIRE QUESTO EVENTO COLLEGATI A http://www.aostaoggi.tv. 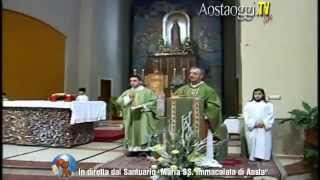 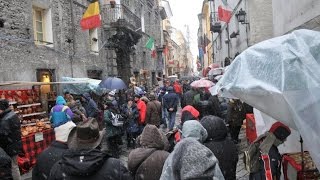 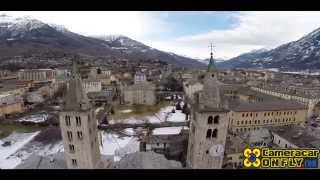 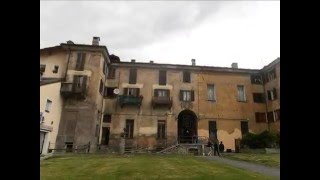 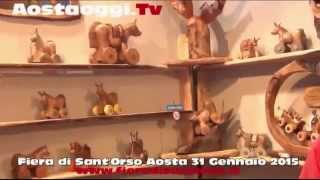 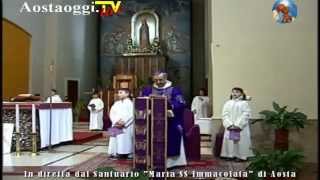 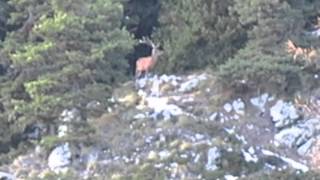 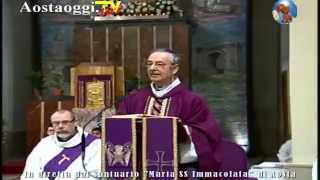 Pila is a ski-resort in the Aosta Valley region of northern Italy. It is a frazione of the comune of Gressan. There are more than 24 pistes (70km+ total length), including 4 blue runs, 29 red runs and 4 black runs, with a pipe zone and a slopestyle zone. There is one cable car, 3 gondolas, 8 chairlifts and 5 conveyors. The resort itself is at 1814 metres altitude, while the highest skiing can be done at 2700m. Pila is located in the Alps near to some notable major mountains.

Aosta Cathedral (Italian: Cattedrale di Aosta, Cattedrale di Santa Maria Assunta e San Giovanni Battista; French: Cathédrale d'Aoste, Cathédrale Notre-Dame-de-l'Assomption et Saint-Jean-le-Baptiste) is a Roman Catholic cathedral in Aosta, in north-west Italy, built in the 4th century. In the 11th century the Palaeo-Christian structure was replaced by a new edifice dedicated to the Virgin Mary. The architecture of the cathedral was modified during the 15th and 16th century.

Located at 45.7383, 7.31774 (Lat. / Lng.), about 0 miles away.
Wikipedia Article
Cathedrals in Italy, Buildings and structures in Aosta, Romanesque architecture in Italy, Churches in Aosta Valley

The Pont de Pierre (Italian: Ponte di pietra), meaning "Stone Bridge", is a Roman segmental arch bridge in the Italian city of Aosta in the Aosta Valley. The bridge crossed the Buthier about 600 m from the eastern exit of the Roman colony Augusta Praetoria; in later times the torrente changed its course, leaving the ancient bridge today without water. The single-arch bridge has a span of 17.1 m and a width of 5.9 m.

Cache (Aosta) is a frazione in the Province of Aosta in the Aosta Valley region of Italy.

Aosta railway station is the main station serving the city and comune of Aosta, in the autonomous region of Aosta Valley, northwestern Italy. Opened in 1886, it forms part of the Chivasso–Ivrea–Aosta railway, and is also a junction station for a branch line to nearby Pré-Saint-Didier, in the Valdigne, on the way towards Courmayeur. The station is currently managed by Rete Ferroviaria Italiana (RFI). However, the commercial area of the passenger building is managed by Centostazioni.

These are some bigger and more relevant cities in the wider vivinity of Aosta.