Pistoia in Provincia di Pistoia (Tuscany) with it's 73,832 inhabitants is a city in Italy about 162 mi (or 261 km) north-west of Rome, the country's capital.

Local time in Pistoia is now 01:10 PM (Monday). The local timezone is named Europe / Rome with an UTC offset of one hour. We know of 11 airports in the vicinity of Pistoia, of which 5 are larger airports. The closest airport in Italy is Firenze / Peretola Airport in a distance of 16 mi (or 26 km), South-East. Besides the airports, there are other travel options available (check left side).

There are several Unesco world heritage sites nearby. The closest heritage site in Italy is Historic Centre of Florence in a distance of 20 mi (or 32 km), South-East. We found 2 points of interest in the vicinity of this place. If you need a place to sleep, we compiled a list of available hotels close to the map centre further down the page.

Depending on your travel schedule, you might want to pay a visit to some of the following locations: Agliana, Montale, Serravalle Pistoiese, Quarrata and Larciano. To further explore this place, just scroll down and browse the available info. 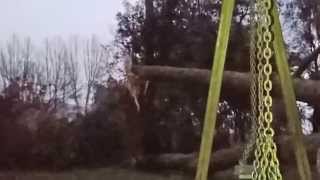 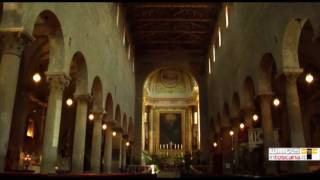 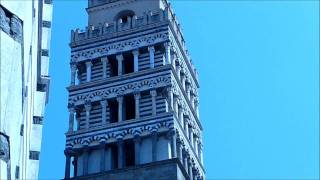 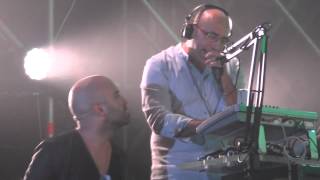 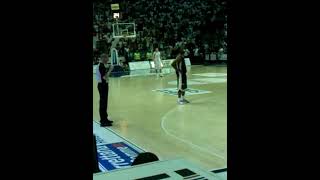 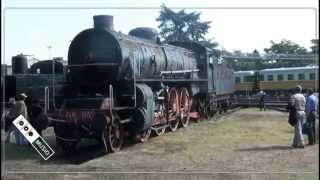 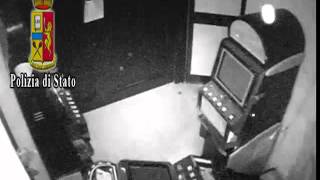 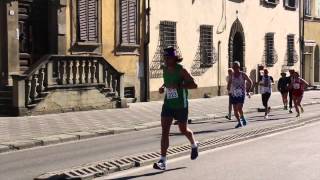 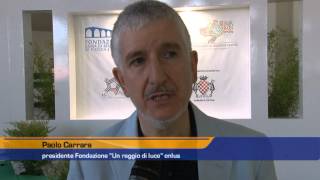 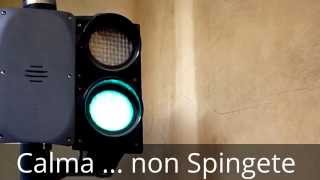 The Province of Pistoia (Italian: Provincia di Pistoia) is a province in the Tuscany region of Italy. Its capital is the city of Pistoia. It has an area of 965 km², and a total population of about 300,000. There are 22 communes in the province .

Stadio Marcello Melani is the main stadium in Pistoia, Italy. It is currently used mostly for football matches and is the home ground of A.C. Pistoiese. The stadium holds 13,195.

Located at 43.9408, 10.9147 (Lat. / Lng.), about 1 miles away.
Wikipedia Article
Football venues in Italy, Buildings and structures in Pistoia, Sports venues in Tuscany

San Paolo is a church in Pistoia, Tuscany, Italy. It was built in 748, and remade in the 12th century, although only in the 14th century it obtained the current forms. The exterior is characterized by a typical Tuscan blend of Romanesque and Gothic styles, with a polychrome decoration of the façade. Over the portal is a statue of St. James, attributed to Orcagna. The interior has been largely turned into a Baroque one in the 17th and 19th centuries. Works of arts include a fresco with St.

Pistoia Cathedral (Italian: Duomo di Pistoia or Cattedrale di San Zeno) is the main religious building of Pistoia, Tuscany, central Italy, located in the Piazza del Duomo in the centre of the city. It is the seat of the Bishop of Pistoia and is dedicated to Saint Zeno of Verona. Most probably built in the 10th century, it has a façade in Romanesque style, inspired by other churches in Pistoia. The interior has a nave and two side-aisles, with a presbytery and crypt.

San Bartolomeo in Pantano is a church in Pistoia, Tuscany, central Italy, dedicated to St. Bartholomew the Apostle. The pantano of the name refers to the once marshy area in which the building was located.

The Church of Sant' Andrea, Pistoia, (Pieve di Sant'Andrea) is a church in Pistoia, Tuscany, central Italy that serves as a "pieve" or place that congregations from surrounding village churches use for baptism. It is dedicated to St. Andrew the Apostle, and includes the famous Pulpit of Sant' Andrea by Giovanni Pisano. The church probably dates from as early as the 8th century, though in a smaller size. In the 12th century it was extended in length.

Located at 43.9359, 10.9131 (Lat. / Lng.), about 1 miles away.
Wikipedia Article
Churches in Pistoia, 8th-century establishments in Italy, Romanesque architecture in Tuscany

Located at 43.935, 10.9168 (Lat. / Lng.), about 0 miles away.
Wikipedia Article
Buildings and structures in Pistoia, Renaissance architecture in Tuscany, Hospitals in Italy, 1500s architecture

Pistoia railway station is the station of Pistoia in Piazza Dante. It is on the Maria Antonia railway, which connects Florence and Viareggio and it is at the beginning of the Porrettana railway to Bologna.

San Giovanni Fuoricivitas (also spelled Fuorcivitas) is a Romanesque religious complex in Pistoia, Tuscany, central Italy. The adjective fuoricivitas (a mix of Italian and Latin meaning "outside the city") refers to the fact that, when it was founded during the Lombard rule in Italy, was located outside the city walls.

Basilica of Our Lady of Humility

The Basilica of Our Lady of Humility is a Roman Catholic Marian basilica in Pistoia, Tuscany, Italy. A miracle attributed to the fresco of the Madonna of humility painted in about 1370 gave rise to the construction of the basilica. The fresco is sometimes attributed to Bartolomeo Cristiani, but was perhaps due to a local painter from Pistoia. The basilica, built by architect Ventura Vitoni, is an important example of high Renaissance architecture.

These are some bigger and more relevant cities in the wider vivinity of Pistoia.