Varese in Provincia di Varese (Lombardy) with it's 76,851 residents is a town located in Italy about 328 mi (or 527 km) north-west of Rome, the country's capital place.

Time in Varese is now 02:41 PM (Tuesday). The local timezone is named Europe / Rome with an UTC offset of one hour. We know of 9 airports nearby Varese, of which 4 are larger airports. The closest airport in Italy is Varese / Venegono Airport in a distance of 6 mi (or 10 km), South-East. Besides the airports, there are other travel options available (check left side).

There are several Unesco world heritage sites nearby. The closest heritage site in Italy is Monte San Giorgio in a distance of 6 mi (or 10 km), North-East. We collected 6 points of interest near this location. Need some hints on where to stay? We compiled a list of available hotels close to the map centre further down the page.

Being here already, you might want to pay a visit to some of the following locations: Induno Olona, Buguggiate, Gazzada Schianno, Casciago and Azzate. To further explore this place, just scroll down and browse the available info. 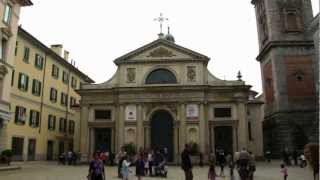 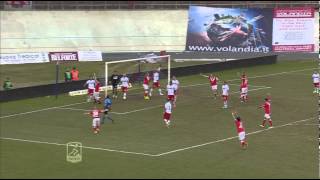 The Province of Varese is a province in the Lombardy region of Italy. Its capital is the city of Varese, but its largest city is Busto Arsizio. Samarate, a comune in the province, is the headquarters of the AgustaWestland division of Finmeccanica, the world's largest producer of helicopters. It has an area of 1,199 km, and a total population of . There are 141 comunes in the province. As of December 31, 2011, the main comunes by population are:

The Battle of Varese was fought on 26 May 1859 at Varese. It was an engagement of the Second Italian War of Independence, fought between the Italian volunteers formation of the Hunters of the Alps, led by Giuseppe Garibaldi, against Austrian troops. The Austrian defeat allowed the movement of the Hunters towards Como, and obliged the Austrians to keep troops on the northern part of the front.

PalaWhirlpool is an indoor sporting arena located in Varese, Italy. The seating capacity of the arena is for 5,300 people. It is currently home of the Pallacanestro Varese basketball team. The arena hosted the 1970 Intercontinental Cup basketball tournament.

The Olona (Ulona, Urona or Uòna in Western Lombard) is a 71 km long Italian river, which runs through the provinces of Varese, Milan and Pavia. The Olona has more than one source; in fact it has six main springs.

The Stadio Franco Ossola (also called Luigi Ganna Velodrome) is a sports stadium and velodrome currently in use by the football team A.S. Varese 1910. Constructed in 1925, and originally named the Stadio del Littorio, the stadium was renamed in September 1950 in memory of Franco Ossola, an Italian from Varese and player for Torino F.C. who died in 1949 in the Superga air disaster.

Monte Monarco is a mountain of Lombardy, Italy, It has an elevation of 858 metres.

Varese railway station (Italian: Stazione di Varese) serves the town and comune of Varese, in the region of Lombardy, northern Italy. Opened in 1865, it is a terminus and junction of two secondary railways, the line to Gallarate and the line to Porto Ceresio, respectively. The station is currently managed by Rete Ferroviaria Italiana (RFI). However, the commercial area of the passenger building is managed by Centostazioni.

These are some bigger and more relevant cities in the wider vivinity of Varese.