Parma in Provincia di Parma (Emilia-Romagna) with it's 146,299 habitants is a city located in Italy about 229 mi (or 368 km) north-west of Rome, the country's capital town.

Current time in Parma is now 01:43 PM (Tuesday). The local timezone is named Europe / Rome with an UTC offset of one hour. We know of 10 airports closer to Parma, of which 5 are larger airports. The closest airport in Italy is Parma Airport in a distance of 2 mi (or 4 km), North-West. Besides the airports, there are other travel options available (check left side).

There are several Unesco world heritage sites nearby. The closest heritage site in Italy is Cathedral, Torre Civica and Piazza Grande, Modena in a distance of 31 mi (or 50 km), East. We saw 3 points of interest near this location. In need of a room? We compiled a list of available hotels close to the map centre further down the page.

Since you are here already, you might want to pay a visit to some of the following locations: Collecchio, Torrile, Sorbolo, Sant'Ilario d'Enza and Sala Baganza. To further explore this place, just scroll down and browse the available info. 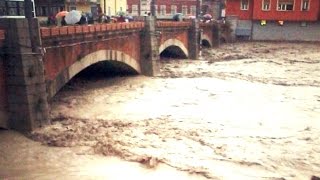 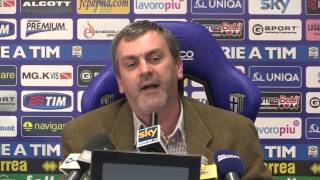 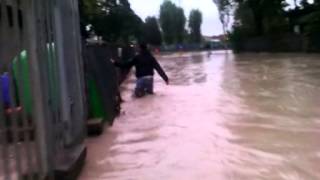 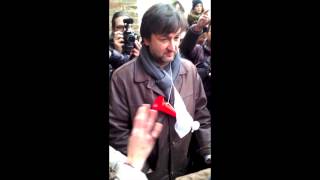 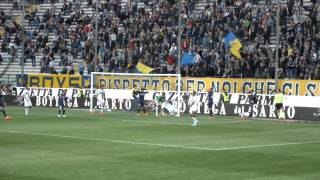 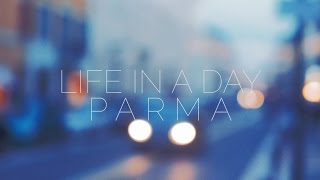 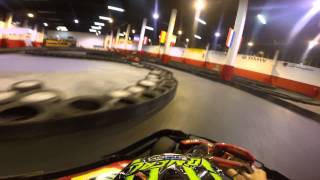 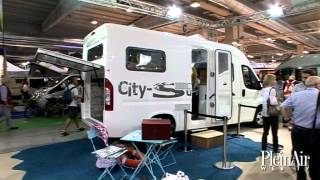 Teatro Regio di Parma is a famous 19th century opera house and opera company in Parma, Italy. The theatre was originally known as the Teatro Ducale. The construction was begun in 1821 by Marie Louise, Duchess of Parma on the location of the former Monastery of St. Alexander. The design was by Nicola Bettoli. It was inaugurated in 1829 with Vincenzo Bellini's Zaira.

The Baptistery of Parma (Italian: Battistero di Parma) is a religious edifice in Parma, northern Italy. Architecturally, the baptistery of Parma Cathedral marks a transition between the Romanesque and Gothic styles, and it is considered to be among the most important Medieval monuments in Europe.

Located at 44.8025, 10.3275 (Lat. / Lng.), about 0 miles away.
Wikipedia Article
Buildings and structures completed in 1539, Churches in Parma, Renaissance architecture in Emilia-Romagna, Burials at the Sanctuary of Santa Maria della Steccata, Parma

The Palazzo della Pilotta is a complex of edifices in the historical centre of Parma, in northern Italy. Its name derives from the game of pelota.

Teatro Farnese is a Baroque-style theatre in Parma, Italy. It was built in 1618 by Giovanni Battista Aleotti. The theatre was almost destroyed by an Allied air raid during World War II (1944). It was rebuilt and reopened in 1962. Some claim this as the first permanent proscenium theater (that is, a theater in which the audience views the action through a single frame, which is known as the "proscenium arch").

The Biblioteca Palatina (Palatina Library), established in Parma in the year 1761 by Philip Bourbon, Duke of Parma. It is located in Piazzale Pilotta. The Palatina Library was named after Apollus Palatinus.

Located at 44.8047, 10.3257 (Lat. / Lng.), about 0 miles away.
Wikipedia Article, Homepage
Libraries in Italy, Buildings and structures in Parma, Education in Emilia-Romagna

Santa Lucia is a church in central Parma. A church on the site called San Michele in Canale is first mentioned in documents from 1223. The present building was erected by the confraternity of San Carlo Borromeo in 1615. The structure was enlarged and facade designed by the architect Mauro Oddi and in 1697, reconsecrated and named Sant Lucia. The facade sculptures and the medalion were completed by Giacomo Barbieri. The main altar has a canvas depicting the Last Communion of St.

The church of Santa Caterina d'Alessandria (Saint Catherine of Alexandria) is found in the borgo Santa Caterina in Parma. The church, with the adjacent Augustinian Monastery is first mentioned in documents from 1313. The cult of St. Catherine was boosted in 1332, when her intercession was credited with the victory of Charles IV, Holy Roman Emperor over the attacking armies of the Scaligeri and Gonzaga.

The church of Sant'Uldarico is located on Farini Street in Parma. The church of Sant'Uldarico was built on the site of ancient Roman theater, and initially consecrated in 1411. The present façade was completed in 1762 by Gaetano Ghidetti. The frescoes of the cupola and nave are by Antonio Bresciani. The church contains also paintings by Lionello Spada, Clemente Ruta, Giovanni Battista Borghesi, Girolamo Donini, and Giovanni Tebaldi.

The church of San Pietro d'Alcantara is found on via Padre Onorio in Parma. Construction at this site began in 1706, next to a reformed Franciscan monastery. In 1810, Napoloeon closed the monastery. The church was not reconsecrated till 1927. It contains an Extasis of St. Peter of Alcantara, painted in 1736 by Clemente Ruta.

San Pietro is a Neoclassic church located on Piazza Garibaldi in Parma. A church of San Pietro in Parma is first mentioned in the year 955. It was rebuilt during the 15th century in gothic style by Cristoforo Zaneschi. The present church was designed by Ennemond Alexandre Petitot and replaces the earlier structure, construction started in 1707 but was not completed till 1762.

These are some bigger and more relevant cities in the wider vivinity of Parma.