Viterbo in Provincia di Viterbo (Latium) with it's 47,134 residents is a town located in Italy about 42 mi (or 68 km) north-west of Rome, the country's capital place.

Time in Viterbo is now 10:08 PM (Saturday). The local timezone is named Europe / Rome with an UTC offset of one hour. We know of 11 airports nearby Viterbo, of which 5 are larger airports. The closest airport in Italy is Rieti Airport in a distance of 38 mi (or 61 km), East. Besides the airports, there are other travel options available (check left side).

There are several Unesco world heritage sites nearby. The closest heritage site in Italy is Etruscan Necropolises of Cerveteri and Tarquinia in a distance of 29 mi (or 46 km), South. We collected 2 points of interest near this location. Need some hints on where to stay? We compiled a list of available hotels close to the map centre further down the page.

Being here already, you might want to pay a visit to some of the following locations: Vitorchiano, Vetralla, Soriano nel Cimino, Canepina and Celleno. To further explore this place, just scroll down and browse the available info. 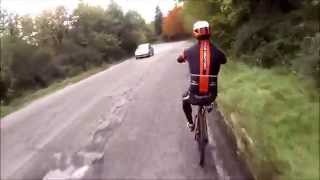 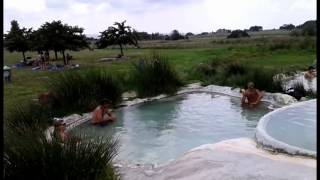 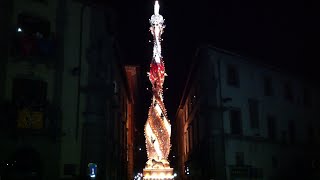 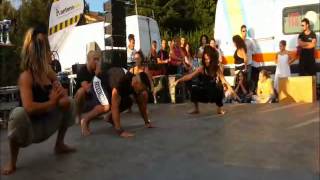 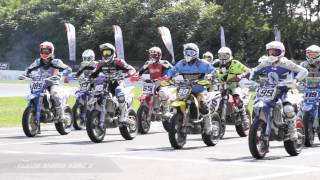 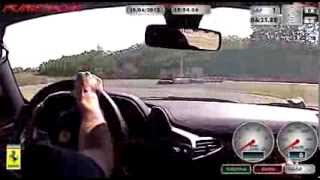 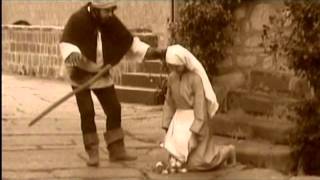 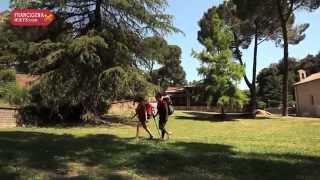 Via Francigena – Section 16 with FrancigenaWays.com Walk the last 100km of the Via Francigena, starting in medieval Viterbo and finishing in Rome, to get your 'Testimonium' of pilgrimage... 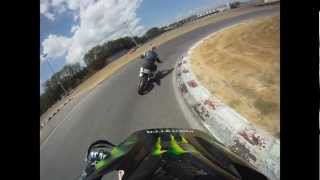 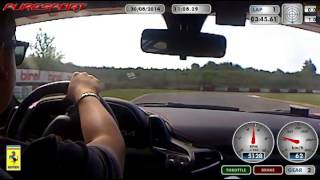 Palazzo dei Papi is a palace in Viterbo, northern Latium, Italy. It is one of the most important monuments in the city, situated alongside the Duomo di Viterbo. The Papal Curia was removed to Viterbo in 1257 by Alexander IV, due to the hostility of the Roman commune and constant urban violence: the former bishop's palace of Viterbo was enlarged to provide the Popes with an adequate residence.

Viterbo Cathedral (Italian: Duomo di Viterbo, or Cattedrale di San Lorenzo) is a Roman Catholic cathedral, and the principal church of the city of Viterbo, Lazio, central Italy. It is the seat of the Bishop of Viterbo and is dedicated to Saint Lawrence. The church is an imposing Romanesque structure situated high on the hill which the city climbs, but it lacks much of the spectacular decoration with which it was originally adorned, thanks to an ill-advised sixteenth century reconstruction.

The Orto Botanico dell'Università della Tuscia (15 hectares) is a natural area and botanical garden operated by Tuscia University and located at Località Bulicame, Strada S. Caterina, Viterbo, Lazio, Italy. The garden was established in 1985 and officially inaugurated in 1991. It lies on the Viterbo plains beneath the Monti Cimini and is divided into the botanical garden proper (6 hectares) and the Park Bulicame natural area (9 hectares), source of a sulpherous thermal spring.

Located at 42.4422, 12.065 (Lat. / Lng.), about 3 miles away.
Wikipedia Article
Botanical gardens in Italy, Buildings and structures in Viterbo, 1985 establishments in Italy, Gardens in Lazio

These are some bigger and more relevant cities in the wider vivinity of Viterbo.