Trieste in Provincia di Trieste (Friuli Venezia Giulia) with it's 187,056 habitants is located in Italy about 267 mi (or 430 km) north of Rome, the country's capital town.

Current time in Trieste is now 03:14 AM (Sunday). The local timezone is named Europe / Rome with an UTC offset of one hour. We know of 11 airports close to Trieste, of which 5 are larger airports. The closest is airport we know is Portoroz Airport in Slovenia in a distance of 14 mi (or 23 km). The closest airport in Italy is Trieste / Ronchi Dei Legionari in a distance of 19 mi (or 23 km), South-West. Besides the airports, there are other travel options available (check left side).

There are several Unesco world heritage sites nearby. The closest heritage site is Škocjan Caves in Slovenia at a distance of 11 mi (or 17 km). The closest in Italy is Archaeological Area and the Patriarchal Basilica of Aquileia in a distance of 21 mi (or 17 km), East. We encountered 5 points of interest near this location. If you need a hotel, we compiled a list of available hotels close to the map centre further down the page.

While being here, you might want to pay a visit to some of the following locations: Muggia, Zolla, Ankaran, Sgonico and Dolina. To further explore this place, just scroll down and browse the available info. 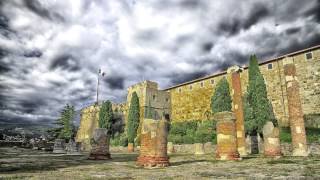 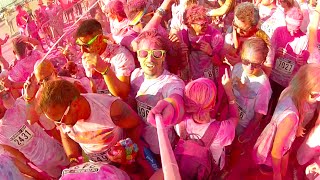 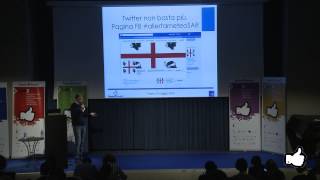 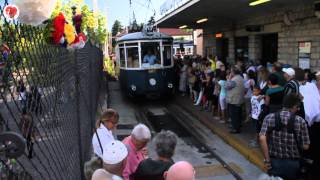 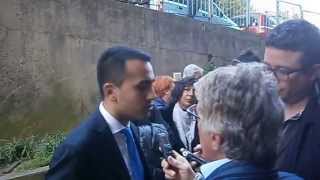 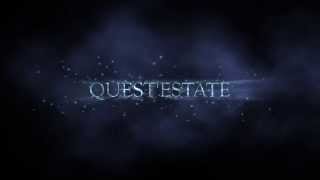 Running in Trieste is beautiful! Doing workout in this beautiful city much more. Last night I ran about 10 kilometres around Trieste, city wich is in the north-est of Italy. The weather was... 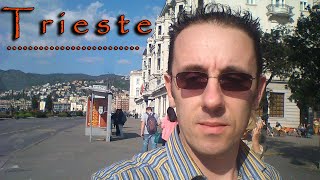 Fincantieri - Cantieri Navali Italiani S.p.A. is an Italian shipbuilding company based in Trieste, Italy. It was formed in 1959 and is the largest shipbuilder in Europe, and one of the largest in the world. The company has built both commercial and military vessels during its history.

Located at 45.6448, 13.774 (Lat. / Lng.), about 0 miles away.
Wikipedia Article, Homepage
Astronomical observatories in Italy, Buildings and structures in Trieste

The Teatro Lirico Giuseppe Verdi is an opera house located in Trieste, Italy and named after the composer Giuseppe Verdi. Privately constructed, it was inaugurated as the Teatro Nuovo to replace the smaller 800-seat "Cesareo Regio Teatro di San Pietro" on 21 April 1801 with a performance of Johann Simon Mayr's Ginevra di Scozia. Initially, the Nuovo had 1,400 seats. By the end of the 18th century, the need for a new theatre in Trieste became evident.

The Synagogue of Trieste is a Jewish house of worship located in Trieste, northern Italy.

Trieste Cathedral (Italian: Cattedrale di San Giusto), dedicated to Saint Justus, is the cathedral and main church of Trieste, in northern Italy. It is the seat of the Bishop of Trieste.

Located at 45.6464, 13.7725 (Lat. / Lng.), about 0 miles away.
Wikipedia Article
Cathedrals in Italy, 14th-century architecture, Buildings and structures in Trieste, Churches in Friuli-Venezia Giulia

Caffè San Marco is a historic café in Trieste, Italy. Founded in 1914, it became famous as a rendezvous for intellectuals including Italo Svevo, James Joyce and Umberto Saba.

The Civico Museo Sartorio is a museum in Trieste, northern Italy. Set in an urban villa, it exhibits ceramics, majolica, porcelain and pictures, typical equipment of Trieste's villas at the end of the 19th century. Besides the villa itself being a very interesting building architecturally, it contains drawings of Giambattista Tiepolo and a glyptotheque. The museum opened to the public partially in 1949 and completely 1954. In 2006, the museum reopened after a period of renovation.

Piazza Unità d'Italia (Unity of Italy Square in English) is the main town square in Trieste, Italy. It is situated at the foot of the hill containing the castle of San Giusto and the square faces the Adriatic Sea. The square is often said to be Europe's largest square located next to the sea. The square was built during the period when Trieste was the main port of the Austrian-Hungarian Empire and includes the city's municipal buildings and other important palaces.

Located at 45.65, 13.7678 (Lat. / Lng.), about 0 miles away.
Wikipedia Article
Province of Trieste, Buildings and structures in Trieste, Visitor attractions in Friuli-Venezia Giulia

The Savoia Excelsior Palace is a 4 star hotel in Trieste, Italy owned by the Starhotels group. The hotel is located close to Piazza Unità d'Italia overlooking the Gulf of Trieste and has 142 rooms (including suites and apartments). The hotel has a bar, "Le Rive", and a restaurant, "The Savoy", which seats up to 150 people. The hotel’s conference centre has 9 meeting rooms which can seat up to 650 people in total. The hotel was used as a venue for part of the 2009 G8 summit meeting.

Located at 45.6494, 13.7656 (Lat. / Lng.), about 1 miles away.
Wikipedia Article, Homepage
Hotels in Italy, 19th-century architecture, Buildings and structures in Trieste, Hotels in Trieste

Trieste Centrale railway station (Italian: Stazione di Trieste Centrale; German: Triest Südbahnhof) is the main station serving the city and comune of Trieste, in the autonomous region of Friuli-Venezia Giulia, northeastern Italy. Opened in 1857, the station is a terminus for direct lines to Venice, Udine and Vienna, and for the belt line leading to Trieste's marshalling yard, near the now closed Trieste Campo Marzio railway station.

The Revoltella Museum (it. Museo Revoltella - Galleria d'arte moderna) is a modern art gallery founded in Trieste in 1872 by Baron Pasquale Revoltella. The baron, after he left his house to the city (located in Piazza Venezia) and all the works, furniture and books it contained.

Located at 45.6469, 13.7631 (Lat. / Lng.), about 1 miles away.
Wikipedia Article
Buildings and structures in Trieste, Museums in Friuli-Venezia Giulia, Art museums and galleries in Italy, Art museums established in 1872, 1872 establishments in Italy

The Trieste National Hall or Balkan Hotel (Hotel Balkan) in Trieste, Italy, was a multimodal building that hosted the centre of the Slovene minority in the city, which included the Slovene theatre in Trieste, and a hotel. Such national halls were typical of the Slovene Lands at the turn of the 19th and the 20th centuries.

These districts belong to Trieste.

These are districts that are close by, but belong to a different city than Trieste.

These are some bigger and more relevant cities in the wider vivinity of Trieste.