Piran in Piran with it's 4,192 inhabitants is a city in Slovenia about 58 mi (or 93 km) south-west of Ljubljana, the country's capital.

Local time in Piran is now 08:27 AM (Sunday). The local timezone is named Europe / Ljubljana with an UTC offset of 2 hours. We know of 11 airports in the vicinity of Piran, of which 5 are larger airports. The closest airport in Slovenia is Portoroz Airport in a distance of 4 mi (or 7 km), South-East. Besides the airports, there are other travel options available (check left side).

There are several Unesco world heritage sites nearby. The closest heritage site is Archaeological Area and the Patriarchal Basilica of Aquileia in Italy at a distance of 19 mi (or 31 km). The closest in Slovenia is Škocjan Caves in a distance of 23 mi (or 31 km), North-West. We found 6 points of interest in the vicinity of this place. If you need a place to sleep, we compiled a list of available hotels close to the map centre further down the page.

Depending on your travel schedule, you might want to pay a visit to some of the following locations: Izola, Umag, Buje, Brtonigla and Koper. To further explore this place, just scroll down and browse the available info. 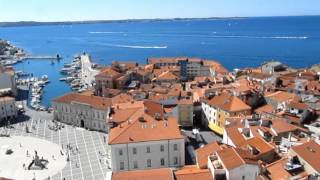 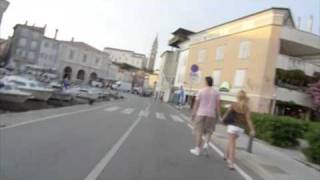 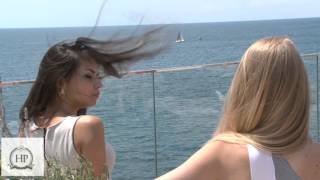 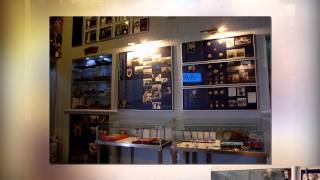 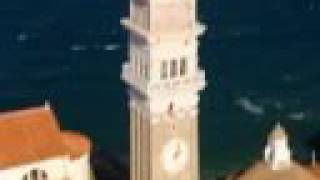 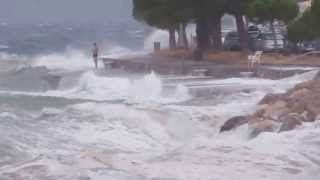 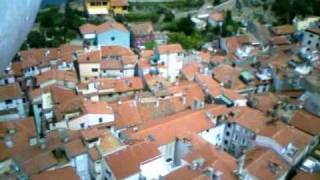 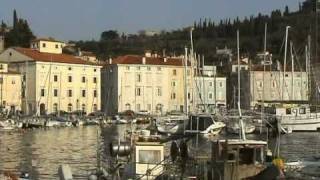 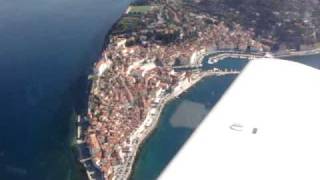 Flying over Piran, Slovenia with our aircraft Piper PA-38 Tomahawk. Check out more on http://www.akpz.si/, we also offer aircraft rental in Portoroz, Slovenia. 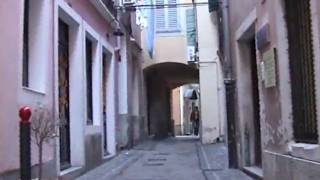 Piran Coastal Galleries (Slovene: Obalne galerije Piran, Italian: Gallerie Costiere Pirano) is a public institution, encompassing a group of six contemporary art galleries. Three galleries are located in Piran, two of them in Koper, and one in Venice. The institution is the center of contemporary art in Slovenian Littoral, one of the four most influential art galleries in Slovenia, and the only one having an outpost abroad, in Venice.

Fiesa is a street in Portorož, a settlement in the Municipality of Piran. It mainly lies in a small plain next to the eponymous bay to the west of Strunjan and to the southeast of Piran. The beachfront to the west and the east of the central part features high cliffs. It is connected with Piran by a road through the hills and a beach promenade along the northern beachfront. There are two hotels, a few guest-houses and a camping site in Fiesa.

The Tartini Square is the largest and main square in the town of Piran, Slovenia. It was named after violinist and composer Giuseppe Tartini, of whom a monument was made in 1896.

The Tartini House is the birthplace of Giuseppe Tartini, a violinist from Piran. The house is located on Tartini Square in the town of Piran.

Villa San Giovanni is a station on Line 1 of the Milan Metro. The station opened in 1964. The station is located in Monza Avenue, which is in the municipality of Milan. This is an underground station with 2 tracks in a single barrel.

Saint George's Parish Church in Piran (Slovene: Župnijska cerkev svetega Jurija v Piranu) is a Roman Catholic church located on the hill above Piran, a port town on the coast of the Adriatic Sea in southwestern Slovenia. It was built in the Venetian Renaissance architectural style and has been dedicated to Saint George. It was the life work of the stonemanson Bonfante Torre from Venice.

These are some bigger and more relevant cities in the wider vivinity of Piran.

This place is known by different names. Here the ones we know:
Grad Piran, Pirano, Piran, ピラン, Пиран, Občina Piran