L'Aquila in Provincia dell' Aquila (Abruzzo) with it's 33,691 inhabitants is a city in Italy about 55 mi (or 89 km) north-east of Rome, the country's capital.

Local time in L'Aquila is now 08:09 PM (Saturday). The local timezone is named Europe / Rome with an UTC offset of 2 hours. We know of 10 airports in the vicinity of L'Aquila, of which 4 are larger airports. The closest airport in Italy is Rieti Airport in a distance of 28 mi (or 46 km), West. Besides the airports, there are other travel options available (check left side).

There are several Unesco world heritage sites nearby. The closest heritage site in Italy is Villa d'Este, Tivoli in a distance of 41 mi (or 66 km), South-West. If you need a place to sleep, we compiled a list of available hotels close to the map centre further down the page.

Depending on your travel schedule, you might want to pay a visit to some of the following locations: Lucoli, San Panfilo d'Ocre, Fossa, Villagrande and Pizzoli. To further explore this place, just scroll down and browse the available info. 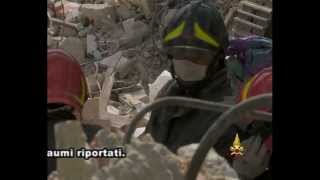 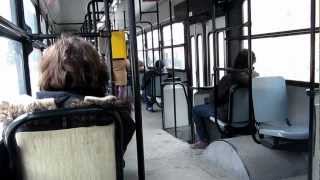 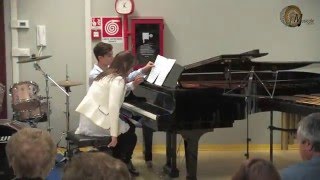 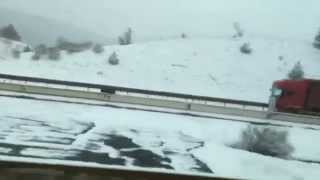 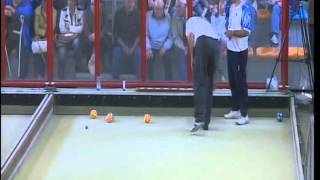 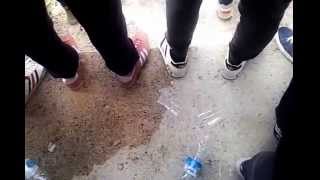 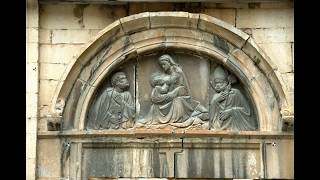 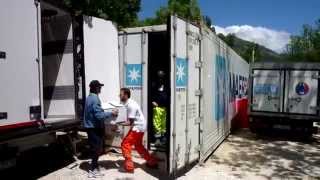 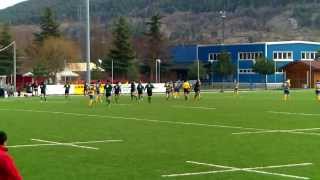 Located at 42.3529, 13.405 (Lat. / Lng.), about 0 miles away.
Wikipedia Article, Homepage
Buildings and structures in Abruzzo, L'Aquila, Castles in Italy, Renaissance architecture in Italy

S.  Maria di Collemaggio is a large medieval church in L'Aquila, central Italy. It was the site of the original Papal Jubilee, a penitential observation devised by Pope Celestine V, who is buried here. The church, which therefore ranks as a basilica because of its importance in religious history, sits in isolation at the end of a long rectangular sward of grass at the SW edge of town.

Stadio Tommaso Fattori is a multi-use stadium in L'Aquila, Italy. It is currently used mostly for football and rugby union matches and the home of L'Aquila Calcio and L'Aquila Rugby. The stadium holds 10,000 people. It hosted some of the football preliminaries for the 1960 Summer Olympics.

The 35th G8 summit took place in the city of L'Aquila, Abruzzo, on July 8–10, 2009. It was moved from the Sardinian seaside city of La Maddalena as part of an attempt to redistribute disaster funds after the 2009 L'Aquila earthquake. The locations of previous summits to have been hosted by Italy include: Venice (1980); Venice (1987); Naples (1994) and Genoa (2001). The G8 Summit has evolved beyond being a gathering of world political leaders.

The 2009 L'Aquila earthquake occurred in the region of Abruzzo, in central Italy. The main shock occurred at 3:32 local time on 6 April 2009, and was rated 5.8 on the Richter scale and 6.3 on the moment magnitude scale; its epicentre was near L'Aquila, the capital of Abruzzo, which together with surrounding villages suffered most damage. There have been several thousand foreshocks and aftershocks since December 2008, more than thirty of which had a Richter magnitude greater than 3.5.

Santa Maria del Suffragio, which is commonly called the church of Anime Sante (Blessed Souls), is an 18th century church in L'Aquila, Italy. It started being built on October 10, 1713, ten years after the 1703 L'Aquila earthquake damaged the Confraternita del Suffragio's former seat. The Roman architect Carlo Buratti was charged with the work. In 1770 Gianfrancesco Leomporri added a baroque façade, and years later, in 1805, the church was completed with a neoclassical dome by Giuseppe Valadier.

Sant'Elia (L'Aquila) is a frazione in the Province of L'Aquila in the Abruzzo region of Italy.

L'Aquila railway station serves the city and comune of L'Aquila, in the region of Abruzzo, southern Italy. Opened in 1875, it forms part of the Terni–Sulmona railway. The station is currently managed by Rete Ferroviaria Italiana (RFI). However, the commercial area of the passenger building is managed by Centostazioni. Train services between L'Aquila and Sulmona are operated by Trenitalia. Each of these companies is a subsidiary of Ferrovie dello Stato (FS), Italy's state-owned rail company.

These are some bigger and more relevant cities in the wider vivinity of L'Aquila.