Venice
in Venice of Veneto, Italy

Current time in Venice is now 03:53 AM (Sunday). The local timezone is named Europe / Rome with an UTC offset of one hour. We know of 9 airports near Venice, of which 3 are larger airports. The closest airport in Italy is Venezia / Tessera - Marco Polo Airport in a distance of 5 mi (or 8 km), North. Besides the airports, there are other travel options available (check left side).

There are several Unesco world heritage sites nearby. The closest heritage site in Italy is Venice and its Lagoon in a distance of 0 mi (or 1 km), South-East. We discovered 6 points of interest in the vicinity of this place. Looking for a place to stay? we compiled a list of available hotels close to the map centre further down the page.

When in this area, you might want to pay a visit to some of the following locations: Ca' Savio, Marcon-Gaggio-Colmello, Quarto d'Altino, Mogliano Veneto and Casale sul Sile. To further explore this place, just scroll down and browse the available info. 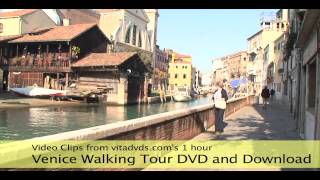 Why not exercise on your treadmill or elliptical by walking in historic Venice? Take a 60 minute virtual walk in the city of Venice with vitadvds.com's new Venice Walking Tour. The time spent... 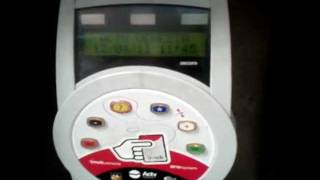 Venice Travel: How to Buy a Waterbus Ticket (Vaporetto ticketing)

Learn how to buy a waterbus ticket in Venice with the self-ticketing machines at some of the vaporetto stops. You can also buy waterbus tickets at the Tabaccheria shops (where they sell cigarettes)... 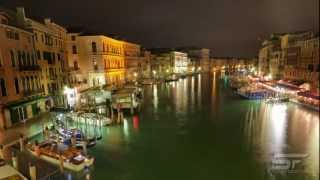 Special gear we used in this production: http://www.videoslider.com To purchase any of the clips featured in this reel, go to: http://stockfootage.com/product-category/venice-stock-footage-reel/... 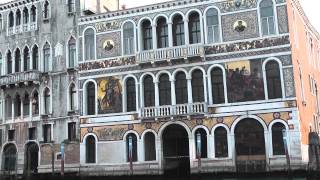 Venice in December 2011. Various scenes of Venice on land and boat. 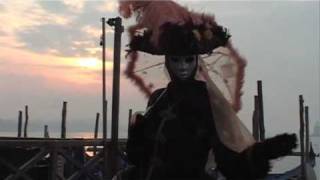 The Carnival of Venice 2009, filmed and edited by Steve Price, who has documented every Venice Carnival since 2003. 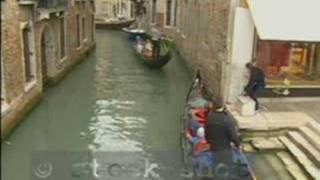 Venice is unique in the world: an architectural tour-de-force built on 118 islands in a lagoon of the Adriatic Sea. Old documents show the city was founded as long ago as 421. Venice is a... 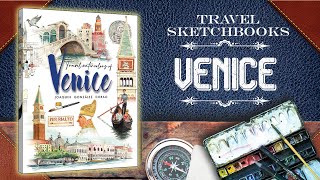 Travel book with watercolor sketches from a trip to Venice, Italy. I filled up a watercolor notebook, A4 size, while I stayed in Venice for a week, visiting all the corners and canals of this... 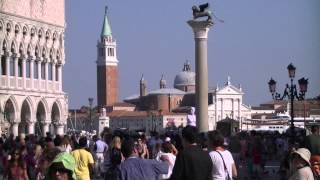 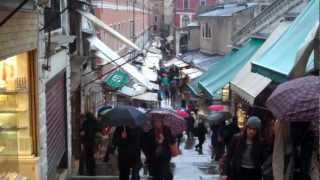 What a start! After 4 hours on 3 trains, from San Vincenzo, just South of Livorno, we arrive in Venice. It's a little cloudy, for the first 30 minutes. Then, well.... you can watch & see. 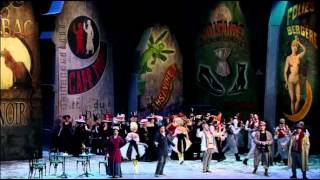 The Grand Canal is a canal in Venice, Italy. It forms one of the major water-traffic corridors in the city. Public transport is provided by water buses and private water taxis, and many tourists explore the canal by gondola. At one end, the canal leads into the lagoon near the Santa Lucia railway station and the other end leads into Saint Mark Basin; in between, it makes a large S-shape through the central districts of Venice.

Located at 45.4367, 12.3331 (Lat. / Lng.), about 0 miles away.
Wikipedia Article
Canals in Italy, Geography of Venice, Transport in Venice, Visitor attractions in Venice, Waterways of Italy

San Polo is the smallest of the six sestieri of Venice, northern Italy, covering 86 acres (35 hectares) along the Grand Canal. It is one of the oldest parts of the city, having been settled before the ninth century, when it and San Marco formed part of the Realtine Islands. The sestiere is named for the Church of San Polo.

The Rialto is and has been for many centuries the financial and commercial centre of Venice. It is an area of the San Polo sestiere of Venice, Italy, also known for its markets and for the Rialto Bridge across the Grand Canal. The area was settled by the ninth century, when a small area in the middle of the Realtine Islands either side of the Rio Businiacus was known as the Rivoaltus, the "high bank".

San Giovanni Elemosinario is a church of Venice, northern Italy, dedicated to Saint John the Almsgiver. This church was founded in 1071, and was completely destroyed by the disastrous Rialto fire in 1514. The church was rebuilt by Antonio Abbondi called Scarpagnino. The painter Antonio Vassilacchi worked here in the 16th century.

The Palazzo Grimani di San Luca is a Renaissance building in Venice, Italy. It is located on the Rio di San Luca channel of the city, at the point in which it flows into the Canal Grande. The palace was built in the mid-16th century for procurator Gerolamo Grimani by architect Michele Sanmicheli, and completed after his death by Gian Giacomo de' Grigi, known as "il Bergamasco". It has a classicist plan with a central atrium.

San Silvestro is a church building in the sestiere of San Polo of Venice, northern Italy. The church is located in the business district of Rialto. Originally, in the 12th century, it was under the jurisdiction of the Patriarch of Grado. After rebuilding, it was reconsecrated in 1422, and in 1485 it merged with the Oratory of Santa Maria dei Patriarchi e di Ognissanti. The church was entirely rebuilt by 1843, using designs by Giovanni Meduna.

The Teatro Malibran, formerly known as the Teatro San Giovanni Grisostomo, is an opera house in Venice known for its operatic importance in the 17th and 18th centuries. Richly decorated, the theatre consists of five levels of thirty boxes and a large stalls area.

Palazzo Bembo is a palace in Venice, Italy, on the Grand Canal, close by the Rialto Bridge and next to the Palazzo Dolfin Manin.

Ca' Farsetti is a palace in Venice, northern Italy. It is located in the sestiere (district) of San Marco, and faces the Canal Grande, not far from the Ponte di Rialto. It was built in the 13th century by the heirs of doge Enrico Dandolo, initially with two floors. Federigo Contarini, who bought it in 1440, added two further floors. It was acquired around 1670 by the Farsetti family, who established here an academy in the 18th century.

Ca' Loredan is a palace in Venice, northern Italy. It is located in the sestiere (district) of San Marco, and faces the Canal Grande, not far from the Ponte di Rialto. Together with the annexed Ca' Farsetti, it is currently home to the city's municipal council.

The Palazzo Corner Spinelli is a palace in Venice, northern Italy, located on the Grand Canal, in the sestiere of San Marco. It stands across the canal from the Palazzo Querini Dubois. The palace was commissioned in the late 15th century by the aristocratic Lando Family, and built on designs by Mauro Codussi. The present facade, helps introduce Renaissance geometric style to Venice for its day, was designed by Codussi between 1497 and 1500; compare it with Codussi's Ca' Vendramin Calergi.

The church of San Luca Evangelista is a church in the sestiere of San Marco in Venice, Italy. A parrochial church stood at the site since the 11th century, patronized by the patrician Dandolo and Pizzamano families. Restored over the centuries, it underwent major reconstruction in the early 1600s, and it was reconsecrated in 1617 The facade is simple, but the interior has a more rich decoration. The walls and the ceiling were frescoed by Sebastiano Santi.

These districts belong to Venice.

These are districts that are close by, but belong to a different city than Venice.

These are some bigger and more relevant cities in the wider vivinity of Venice.