Cremona in Provincia di Cremona (Lombardy) with it's 59,561 habitants is a town located in Italy about 256 mi (or 413 km) north-west of Rome, the country's capital town.

Time in Cremona is now 11:14 PM (Saturday). The local timezone is named Europe / Rome with an UTC offset of one hour. We know of 10 airports closer to Cremona, of which 5 are larger airports. The closest airport in Italy is Piacenza Airport in a distance of 21 mi (or 34 km), South-West. Besides the airports, there are other travel options available (check left side).

There are several Unesco world heritage sites nearby. The closest heritage site in Italy is Mantua and Sabbioneta in a distance of 38 mi (or 61 km), East. We saw 3 points of interest near this location. In need of a room? We compiled a list of available hotels close to the map centre further down the page.

Since you are here already, you might want to pay a visit to some of the following locations: Bosco Ex Parmigiano, Castelvetro Piacentino, Gerre de' Caprioli, Castelverde and Bonemerse. To further explore this place, just scroll down and browse the available info. 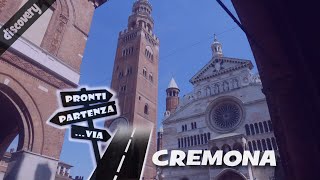 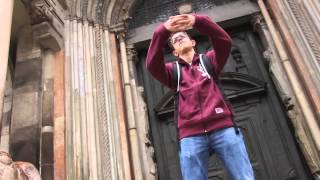 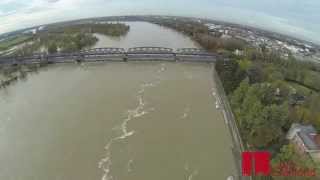 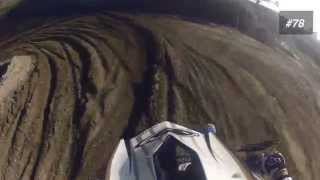 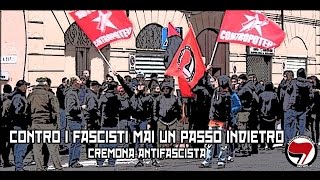 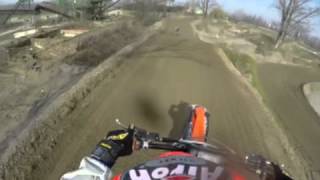 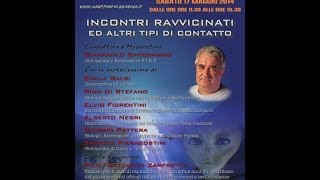 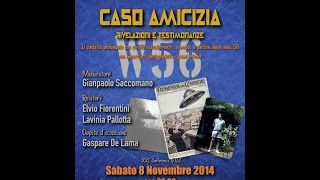 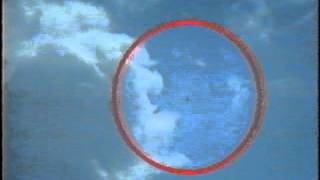 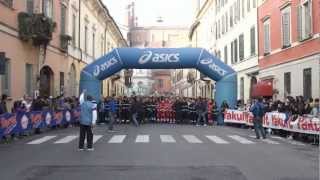 The Province of Cremona is a province in the Lombardy region of Italy. Its capital city is Cremona. The province occupies the central section of Padana Plain, so the whole territory is flat, without any mountains or hills, crossed by several rivers, such as the Serio and Adda, and artificial canals, most of which are used for irrigation.

Stadio Giovanni Zini is a football stadium in Cremona, Italy. It is currently the home of U.S. Cremonese. The stadium was built in 1929 and holds 20,641.

The Torrazzo of Cremona is the bell tower of the Cathedral of Cremona. At 112.7 metres (343 ft 6 in), it is the third tallest brickwork bell tower in the world, the first being the tower of St. Martin's Church in Landshut, Bavaria, the second being that of the Church of Our Lady in Bruges, Belgium.

Cremona Cathedral (Italian: Duomo di Cremona, Cattedrale di Santa Maria Assunta), dedicated to the Assumption of the Blessed Virgin Mary, is a Roman Catholic cathedral in Cremona, Lombardy, northern Italy. It is the seat of the Bishop of Cremona. Its bell tower is the famous Torrazzo, symbol of the city and tallest pre-modern tower in Italy. Also adjoining is the baptistery, another important medieval monument.

The Cremona Baptistery is a religious edifice in Cremona, northern Italy. It is annexed to the city's Cathedral. Built in 1167, it is characterized by an octagonal plan, a reference to the cult of St. Ambrose of Milan, symbolizing the Eight Day of Resurrection and, thenceforth, the Baptism. The edifice mixes Romanesque and Lombard-Gothic styles, the latter evident in the preference for bare brickwork walls.

The Loggia dei Militi is a historical building in Cremona, northern Italy. As reported by in scription on its façade, it was built in 1292. The Loggia was the seat of assemblies for the local "Società dei Militi". It is constituted by two rectangular rooms. Under the portico is the coat of arms of Cremona, moved here from the Margherita Gate when the latter was demolished in 1910.

San Michele is a church in Cremona, northern Italy. According to tradition, it would have been built by the Lombards, although its existence is documented from the 8th century. The current building is an evolution of structures, at this site, since the 13th century. In the crypt are elements dating to the early Middle Ages crypt, one of which attributed to the Lombard age. The apse, as well as the other church of San Vincenzo in Cremona, resembles that of the Nonantola Abbey.

The Teatro Comunale Ponchielli, as it has been known since 1986, is an opera house located in Cremona, Italy. For more than 250 years it has been that city's primary venue for opera and other theatrical presentations. The original theatre, built in 1747, was named the Teatro Nazari, but it was renamed as the Teatro della Società in 1785. It was sometimes referred to as the Nobile Associazione. After the original theatre burned down in 1806, construction began on the present theatre soon after.

Located at 45.1322, 10.0189 (Lat. / Lng.), about 0 miles away.
Wikipedia Article, Homepage
Opera houses in Italy, Commercial buildings completed in 1808, Theatres in Lombardy, Buildings and structures in Cremona

Cremona railway station (Italian: Stazione di Cremona) is the main station serving the city and comune of Cremona, in the region of Lombardy, northern Italy. Opened in 1863, it is the terminus of six railway lines, all of a regional nature, linking Cremona with Pavia, Mantua, Treviglio, Brescia, Piacenza and Fidenza, respectively. The station is currently managed by Rete Ferroviaria Italiana (RFI). However, the commercial area of the passenger building is managed by Centostazioni.

These are some bigger and more relevant cities in the wider vivinity of Cremona.