Padova
in Padua of Veneto, Italy

Time in Padova is now 07:04 AM (Sunday). The local timezone is named Europe / Rome with an UTC offset of one hour. We know of 8 airports closer to Padova, of which 4 are larger airports. The closest airport in Italy is Padova Airport in a distance of 2 mi (or 3 km), South-West. Besides the airports, there are other travel options available (check left side).

There are several Unesco world heritage sites nearby. The closest heritage site in Italy is Botanical Garden (Orto Botanico), Padua in a distance of 1 mi (or 1 km), South. In need of a room? We compiled a list of available hotels close to the map centre further down the page.

Since you are here already, you might want to pay a visit to some of the following locations: Vigodarzere, Mejaniga, Ponte San Nicolo, Albignasego and Noventa. To further explore this place, just scroll down and browse the available info. 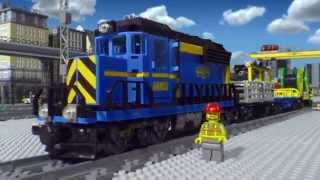 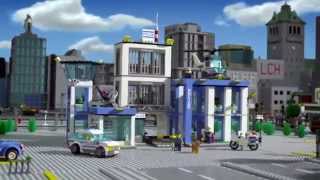 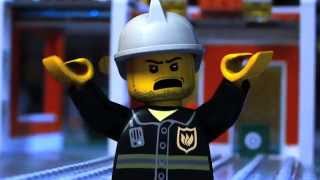 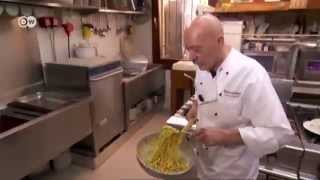 Every region in Italy has its particular specialties. In the northern Italian province of Padua, for example, you will find Montagnana ham - a vital ingredient for the chef of the celebrated... 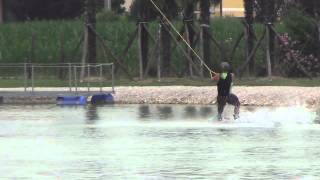 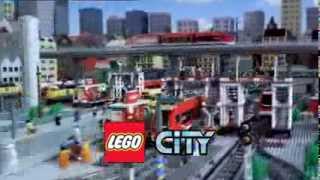 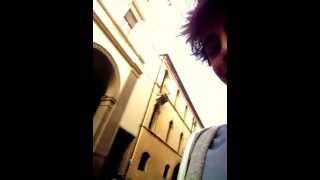 The Pontifical Basilica of Saint Anthony of Padua is a Roman Catholic church and minor basilica in Padua, northern Italy. Although the Basilica is visited as a place of pilgrimage by people... 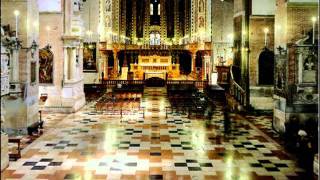 The Pontifical Basilica of Saint Anthony of Padua is a Roman Catholic church and minor basilica in Padua, northern Italy. Although the Basilica is visited as a place of pilgrimage by people...

The Province of Padua (Provincia di Padova) is a province in the Veneto region of Italy. Its capital is the city of Padua.

The Scrovegni Chapel, or Cappella degli Scrovegni, also known as the Arena Chapel, is a church in Padua, Veneto, Italy. It contains a fresco cycle by Giotto, completed about 1305, that is one of the most important masterpieces of Western art. The church was dedicated to Santa Maria della Carità at the Feast of the Annunciation, 1303, and consecrated for use in 1305. Giotto's fresco cycle focuses on the life of the Virgin Mary and celebrates her role in human salvation.

The Palazzo della Ragione is a medieval town hall building in Padua, in the Veneto region of Italy The building, with its great hall on the upper floor, is reputed to have the largest roof unsupported by columns in Europe; the hall is nearly rectangular, its length 81.5m, its breadth 27m, and its height 24 m; the walls are covered with allegorical frescoes; the building stands on arches, and the upper storey is surrounded by an open loggia, not unlike that which surrounds the basilica of Vicenza.

The Orto Botanico di Padova is a botanical garden in Padua, now in northern east part of Italy. Founded in 1545 by the Venetian Republic 22x20px, it is the world's oldest academic botanical garden that is still in its original location The garden, affiliated with the University of Padua, currently covers roughly 22,000 square meters, and is known for its special collections and historical design.

Located at 45.4014, 11.88 (Lat. / Lng.), about 1 miles away.
Wikipedia Article
Botanical gardens in Italy, World Heritage Sites in Italy, University of Padua, Buildings and structures in Padua, 1545 establishments, Gardens in Veneto

The Pedrocchi Café is a café founded in the 18th century in central Padua, Italy. It has architectural prominence because its rooms were decorated in diverse styles, arranged in an eclectic ensemble by the architect Giuseppe Jappelli. The café has historical prominence because of its role in the 1848 riots against the Austrian Hapsburg monarchy, as well as for being an attraction for artists over the last century from the French novelist Stendhal to Lord Byron to the Italian writer Dario Fo.

Located at 45.4078, 11.8772 (Lat. / Lng.), about 0 miles away.
Wikipedia Article, Homepage
Buildings and structures in Padua, Coffee houses in Italy, Visitor attractions in Veneto

Basilica of Saint Anthony of Padua

The Pontifical Basilica of Saint Anthony of Padua (Italian: Basilica Pontificia di Sant'Antonio di Padova) is a Roman Catholic church and minor basilica in Padua, northern Italy. Although the Basilica is visited as a place of pilgrimage by people from all over the world, it is not the titular cathedral of the city, a title belonging to the Cathedral-Basilica of St. Mary of Padua. The basilica is known locally as "il Santo". It is one of the eight international shrines recognized by the Holy See.

Church of the Eremitani

The Church of the Eremitani, or Church of the Hermits, is an Augustinian church of the 13th century in Padua, northern Italy. It was built in 1276 and dedicated to the saints Philip and James; it is however best known as degli Eremitani from the annexed old monastery, which now houses the municipal art gallery. The chapel of SS. James and Christopher, formerly illustrated by Mantegna's frescoes, was largely destroyed by the Allies in World War II, because it was next to a German headquarters.

The Ponte San Lorenzo is a Roman segmental arch bridge over the river Bacchiglione in Padua, Italy. Constructed between 47 and 30 BC, it is one of the very earliest segmental arched bridges in the world. It is also notable for the slenderness of its piers, unsurpassed in antiquity.

The Ponte Altinate is a Roman segmented arch bridge in Padua, Italy. The late Republican bridge once spanned a branch of the Brenta river whose course is today followed by the street Riviera del Ponti Romani. The structure is located at the crossing with Via Altinate and, lying underground, completely obstructed from view by the modern pavement. The rise-to-span ratio is 1:4 for the main arch and 1:3.7 for the two lateral ones, while the ratio of pier thickness to clear span is ca. 1:5.

The Ponte Corvo, rarely Ponte Corbo, is a Roman segmental arch bridge across the Bacchiglione in Padua, Italy. Dating to the 1st or 2nd century AD, its three remaining arches cross a branch of the river and are today partly buried respectively walled up. The span-to-rise ratio of the bridge varies between 2.8 and 3.4 to 1, the ratio of clear span to pier thickness from 4.9 to 6.9 to 1.

The Equestrian Statue of Gattamelata is sculpture by Italian early Renaissance artist Donatello, dating from 1453, located in the Piazza del Santo in Padua, Italy, today. It portrays the Renaissance condottiero Erasmo da Narni, known as "Gattamelata", who served mostly under the Republic of Venice, which ruled Padua at the time.

The Ovetari Chapel is a chapel in the right arm of the Church of the Eremitani in Padua. It is renowned for a Renaissance fresco cycle by Andrea Mantegna and others, painted from 1448 to 1457. The cycle was destroyed by an Allied bombing in 1944: today, only two scenes and a few fragments survive, which have been restored in 2006. They are however known from black-and-white photos

These are some bigger and more relevant cities in the wider vivinity of Padova.