Monza
in Province of Monza and Brianza of Lombardy, Italy

Monza in Province of Monza and Brianza (Lombardy) with it's 119,618 residents is a town located in Italy about 302 mi (or 486 km) north-west of Rome, the country's capital place.

Time in Monza is now 05:55 AM (Thursday). The local timezone is named Europe / Rome with an UTC offset of 2 hours. We know of 9 airports nearby Monza, of which 4 are larger airports. The closest airport in Italy is Linate Airport in a distance of 9 mi (or 15 km), South. Besides the airports, there are other travel options available (check left side).

There are several Unesco world heritage sites nearby. The closest heritage site in Italy is Church and Dominican Convent of Santa Maria delle Grazie with “The Last Supper” by Leonardo da Vinci in a distance of 9 mi (or 15 km), South-West. We collected 10 points of interest near this location. Need some hints on where to stay? We compiled a list of available hotels close to the map centre further down the page.

Being here already, you might want to pay a visit to some of the following locations: Vedano al Lambro, Brugherio, Villasanta, Muggio and Lissone. To further explore this place, just scroll down and browse the available info. 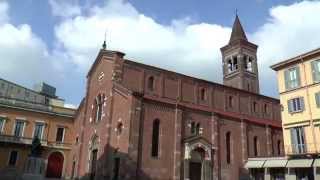 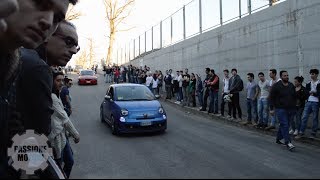 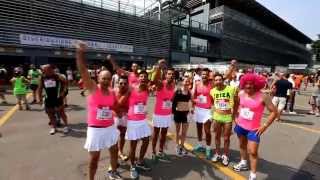 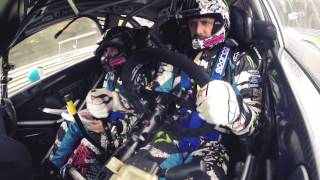 One is a nine-times MotoGP world champion, the other a rally legend with a passion for all things fast, and together they wowed the crowds at the 2014 Monza Rally Show. Both Valentino Rossi... 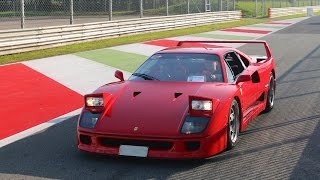 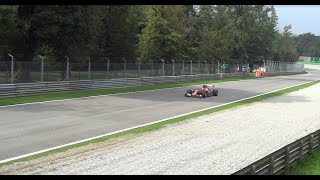 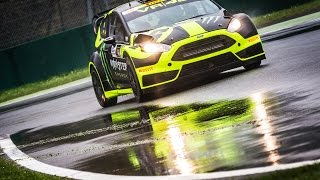 Monster Energy: Behind the Scenes at the 2014 Monza Rally

It's always a highlight of the Rally calendar and this year the Monza Rally Show delivered in a big way. Some of the biggest names in Motorsport headed out to Italy to take on the world... 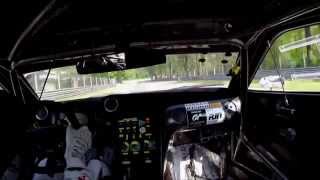 Hop onboard the #80 Nissan NISMO GT-R GT3 for a full stint of the Blancpain Endurance race at the famous Monza track in Italy. We started 32nd on the grid due to an issue with the intercooler... 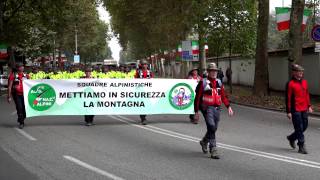 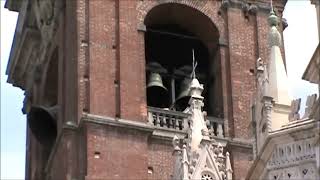 The 2000 Italian Grand Prix was a Formula One race held on September 10, 2000 at the Autodromo Nazionale Monza near Monza, Italy. It was the fourteenth race of the 2000 Formula One season. The event was marred by tragedy as a first lap accident claimed the life of a trackside marshal.

The 2001 Italian Grand Prix was a Formula One race held at Monza on 16 September 2001. It was the fifteenth round of the 2001 Formula One season. The race, contested over 53 laps, was the first Formula One victory for Williams driver Juan Pablo Montoya after a long battle with Ferrari driver Rubens Barrichello, who finished second. The other Williams driver Ralf Schumacher finished third.

Province of Monza and Brianza

The Province of Monza and Brianza,, is an administrative province of Lombardy region, Italy. It was officially created by splitting the north-eastern part from the province of Milan on May 12, 2004, and became executive after the provincial elections of 6 and 7 June 2009. It has an area of 405 km², that is one of the smallest provincial territories of Italy and a population of about 0.9 million, with a population density of more than 2,000 inhab.

Stadio Brianteo is a multi-purpose stadium in Monza, Italy. The stadium has a capacity of 18,568 people. It is currently used mostly for football matches and is the home ground of A.C. Monza Brianza 1912. Michael Jackson performed, on two consecutive nights, at the stadium during his Dangerous World Tour on July 6–7, 1992. Metalfest Italy was going to take place in the stadium on June 5th to the 7th, 2012, but it was moved to arcatraz milan instead.

The Duomo of Monza often known in English as Monza Cathedral is the main religious building of Monza, near Milan, in northern Italy. Unlike most duomos it is not in fact a cathedral, as Monza has always been part of the Diocese of Milan, but is in the charge of an archpriest who has the right to certain episcopal vestments including the mitre and the ring. The church is also known as the Basilica of San Giovanni Battista from its dedication to John the Baptist.

The Royal Villa is a historical building in Monza, northern Italy. It was originally built by Giuseppe Piermarini between 1777 and 1780 when Lombardy was part of Austrian Empire, for the Archduke Ferdinand of Austria. It lies on the banks of the Lambro, surrounded by the large Monza Park, one of the largest enclosed parks in Europe.

Located at 45.5934, 9.27418 (Lat. / Lng.), about 1 miles away.
Wikipedia Article
Villas in Lombardy, Royal residences in Italy, Buildings and structures in Monza, Houses completed in 1780, Visitor attractions in Lombardy, Gardens in Lombardy

Monza railway station (Italian: Stazione di Monza) is the main station serving the city and comune of Monza, in the region of Lombardy, northern Italy. Opened in 1840, the station forms part of the Milan–Chiasso railway, and is a junction station for two secondary lines, the Monza–Lecco railway and the Monza–Molteno railway.

The Church of Sacred Heart is a church in the Italian city of Monza, in the neighborough of Triante, dedicated to the Sacred Heart of Jesus. The church was built in neoclassical style. It is the only church in the district Triante. The building lies on Via Vittorio Veneto, one of the main roads in the district. In the 1930s it grew strong and suburb of Monza was a need for a large church for the local population, who until then to the small church in the nearby district of San Biago went.

These are some bigger and more relevant cities in the wider vivinity of Monza.