Milan
in Metropolitan City of Milan of Lombardy, Italy

Current time in Milan is now 07:23 AM (Sunday). The local timezone is named Europe / Rome with an UTC offset of one hour. We know of 8 airports close to Milan, of which 4 are larger airports. The closest airport in Italy is Linate Airport in a distance of 4 mi (or 7 km), East. Besides the airports, there are other travel options available (check left side).

There are several Unesco world heritage sites nearby. The closest heritage site in Italy is Church and Dominican Convent of Santa Maria delle Grazie with “The Last Supper” by Leonardo da Vinci in a distance of 1 mi (or 1 km), West. We encountered 10 points of interest near this location. If you need a hotel, we compiled a list of available hotels close to the map centre further down the page.

While being here, you might want to pay a visit to some of the following locations: Bresso, Sesto San Giovanni, Novate Milanese, Assago and Corsico. To further explore this place, just scroll down and browse the available info. 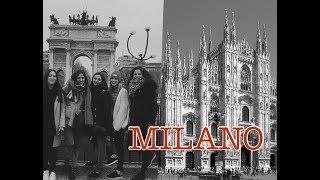 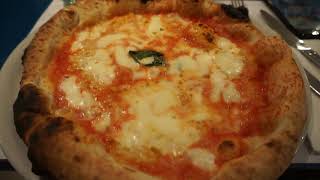 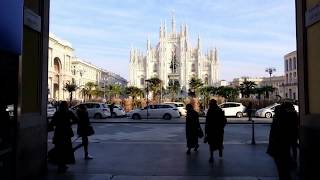 threecolorsof is short stories about every city where I've been and how I've seen it. In this video you can look at the one side of amazing Milan! 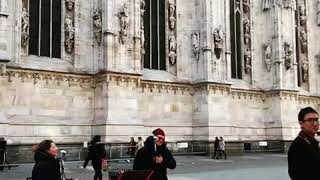 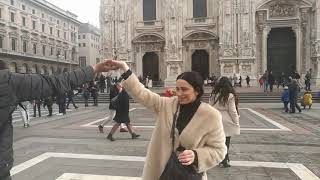 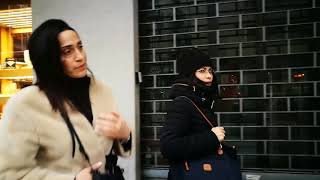 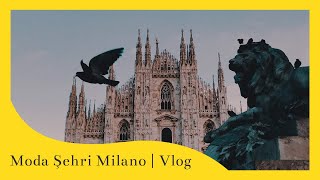 Hi guys this is my first Vlog,in this video I just want to show you my lifestyle and some stupid stuff between casting,my friendship and the beautiful essence of Milan. Excusme for the black... 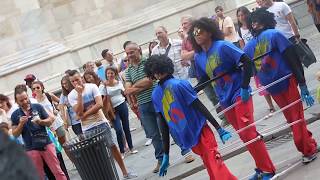 Subscribe our YouTube channel to watch more upcoming & interesting videos. As Milan is a metropolis city in Italy's northern Lombardy region, is a global capital of fashion and design. Milan...

Milan Cathedral is the cathedral church of Milan, Italy. Dedicated to Santa Maria Nascente (Saint Mary Nascent), it is the seat of the Archbishop of Milan, currently Cardinal Angelo Scola. The Gothic cathedral took nearly six centuries to complete. It is the fifth largest cathedral in the world and the largest in the Italian state territory.

The Province of Milan (Italian: Provincia di Milano) is a province in the Lombardy region, Italy. Its capital is the city of Milan. The provincial territory is highly urbanized, resulting in the third highest population density among the Italian provinces with more than 2,000 inhabitants/km, just behind the provinces of Naples and the bordering Monza e Brianza, created in 2004 splitting the eastern part from the province of Milan itself.

Piazza del Duomo ("Cathedral Square") is the main piazza (city square) of Milan, Italy. It is named after, and dominated by, the Milan Cathedral (the Duomo). The piazza marks the center of the city, both in a geographic sense and because of its importance from an artistic, cultural, and social point of view.

The Seven Stars Galleria is a hotel located in Milan, Italy. It describes itself for marketing purposes as the world's first seven-star hotel, citing the private inspection company Société Générale de Surveillance, although official star classification in Italy includes no rating higher than five-star. The hotel is a member of luxury hospitality trade organisation The Leading Hotels of the World. The hotel opened in March 2007, in the Milan shopping arcade Galleria Vittorio Emanuele II.

The Loggia degli Osii is a historical building of Milan, Italy. It is located in Piazza Mercanti, a central city square of Milan that used to be its centre in the Middle Ages.

Located at 45.4645, 9.18758 (Lat. / Lng.), about 0 miles away.
Wikipedia Article
Buildings and structures in Milan, 14th-century architecture, Gothic architecture in Lombardy

Duomo is an interchange station serving the Line 1 and Line 3 of Milan Metro. The station is underground and located in Piazza Duomo, the central area of Milan. It opened in 1964 as part of the Line 1 and from 1990 is a node of interchange with the Line 3. The platform of Line 3 directed to San Donato has several problems as moisture is at a depth of about 25 meters. Line 1, being older, it runs above Line 3.

Palazzo Carminati ("Carminati Palace") is the palace facing the Milan Cathedral (i.e. , the "Duomo") on the West side of Piazza del Duomo, the central plaza of Milan, Italy. In the 20th century the palace became a landmark of Milan (and a symbol of the city's economic growth) because of the large neon advertising signs that were affixed to its facade, with an overall visual effect that has been compared to that of New York City's Broadway/Times Square or London's Piccadilly Circus.

The Arengario Palace is a complex of two symmetrical buildings located in Piazza del Duomo, the central plaza of Milan, Italy. It was completed in the 1950s and currently houses the Museo del Novecento, a museum dedicated to 20th century art. The word "arengario" refers to its original function as a local government seat in the Fascist era.

The Palazzo della Ragione ("Palace of Reason") is a historic building of Milan, Italy, located in Piazza Mercanti, facing the Loggia degli Osii. It was built in 13th century and originally served as a broletto (i.e. , an administrative building) as well as a judicial seat. As it was the second broletto to be built in Milan, it is also known as the Broletto Nuovo ("new broletto").

Piazza Mercanti ("Merchants Square") is a central city square of Milan, Italy. It is located between Piazza del Duomo, which marks the centre of the modern city of Milan, and Piazza Cordusio, and it used to be the heart of the city in the Middle Ages.

The Giureconsulti Palace, also known as Palazzo Affari ai Giureconsulti or simply Palazzo Affari, is a 16th century building of Milan, Italy. It is located in Piazza Mercanti, former city centre in the Middle Ages. The construction of the palace began in 1562 on a design by architect Vincenzo Seregni. The palace replaced an older one (dating back to the 13th century), which was demolished. The overall style of the building and its decoration is Manneristic.

These districts belong to Milan.

These are districts that are close by, but belong to a different city than Milan.

These are some bigger and more relevant cities in the wider vivinity of Milan.