Genoa in Provincia di Genova (Liguria) with it's 580,223 residents is a town located in Italy about 250 mi (or 402 km) north-west of Rome, the country's capital place.

Time in Genoa is now 08:36 AM (Friday). The local timezone is named Europe / Rome with an UTC offset of one hour. We know of 9 airports nearby Genoa, of which 4 are larger airports. The closest airport in Italy is Genova / Sestri Cristoforo Colombo Airport in a distance of 5 mi (or 9 km), West. Besides the airports, there are other travel options available (check left side).

There are several Unesco world heritage sites nearby. The closest heritage site in Italy is Genoa: Le Strade Nuove and the system of the Palazzi dei Rolli in a distance of 1 mi (or 1 km), North-West. We collected 4 points of interest near this location. Need some hints on where to stay? We compiled a list of available hotels close to the map centre further down the page.

Being here already, you might want to pay a visit to some of the following locations: San Teodoro, Piccarello, Pedemonte, Serra Ricco and Santa Marta. To further explore this place, just scroll down and browse the available info. 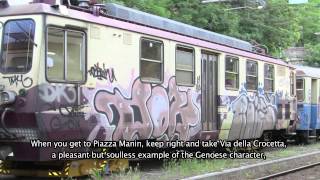 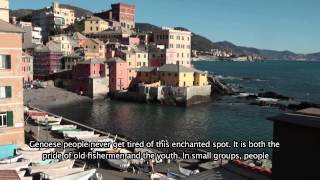 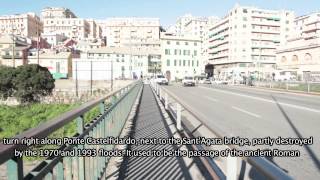 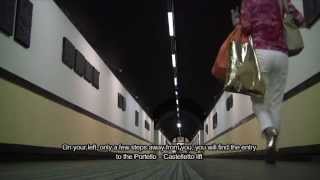 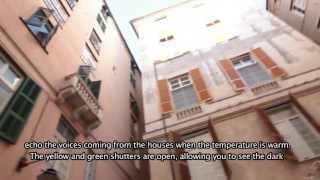 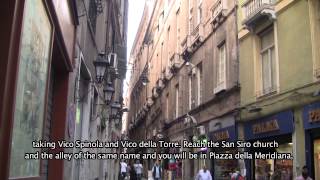 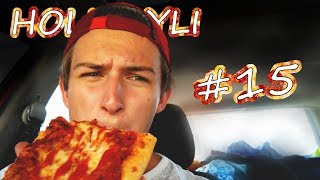 Our little trip to Genoa back in July.

The Teatro Carlo Felice is the principal opera house of Genoa, Italy, used for performances of opera, ballet, orchestral music, and recitals. It is located on the Piazza De Ferrari. The hall is named for Duke Carlo Felice, and dates from December 24, 1824, when the Most Excellent Department of Theatres was established. On January 31, 1825, local architect Carlo Barabino submitted his design for the opera house which was to be built on the site of the church of San Domenico.

Santo Stefano is a church in Genoa, northern Italy. Located on a hill overlooking the central Via XX Settembre, it is one of the most outstanding examples of Romanesque architecture in the city. The church had been closed for much of the 20th century, until the restoration of the year 1946-1955, when it was reconsecrated.

The Museo Civico di Storia Naturale di Genova is a natural history museum in Genoa, northern Italy. It is named for the naturalist Giacomo Doria. The museum was founded in 1867 and contains over four million specimens from all over the world. It contains zoological, botanical and geological collections. Important collections include those of Luigi D'Albertis, Leonardo Fea, Arturo Issel, Orazio Antinori, Odoardo Beccari and Lamberto Loria.

The Orto Botanico dell'Università di Genova (1 hectare), also known as the Orto Botanico di Genova, is a botanical garden operated by the University of Genoa, and located at Corso Dogali, Genoa, Liguria, Italy. The garden was established in 1803 by Professor Domenico Viviani on the former estate of the Jesuit College of St. Jerome in Balbi. By 1819 its catalog listed 1011 taxa, of which 60% were medicinal plants of European origin.

Piazza De Ferrari is the main square of Genoa. Situated in the heart of the city between the historical and the modern center, Piazza De Ferrari is renowned for its fountain, which was restored in recent years along with a major restyling of the square.

Genova Brignole railway station is a major station of Genoa, northern Italy; it is located on Piazza Verdi in the town center at the foot of the Montesano hill. The main long distance station is Genova Piazza Principe station. It is used by about 60,000 passengers a day and 22,000,000 per year.

San Bartolomeo degli Armeni is a church in the quarter of Castelletto in Genoa, northern Italy. The church was founded in 1308 by a group of Basilian monks who were fleeing the Turkish invasion of southern Armenia. Of the original edifice, the apse, the dome and the left chapel remain; the right chapel was destroyed in 1883.

De Ferrari is a Genoa Metro station, located in Piazza De Ferrari in the cente of Genoa, Italy. The station is close to Teatro Carlo Felice, Galleria Mazzini, the Doge's Palace, and Via XX Settembre. The station which opened February 4, 2005, was originally designed, like others, by Renzo Piano with finishing touches by Renzo Truffelli.

Terrazza Martini Tower (former name, formal name is Piacentini Tower) is a highrise building located in Genoa, Italy. Construction on the building began in 1935, and finished in 1940. It was designed by Marcello Piacentini and Angelo Invernizzi. It has 31 floors, and contains office spaces. Its roof height is 108 m, and counting its spire, the full building height is 116 m.

The church of the Madonna della Consolazione e San Vicenzo Martire (Virgin of the Consolation and St. Vincent Martyr), also called Chiesa di Nostra Signora della Consolazione (once of St Rita) is a church in Genoa, Italy. A church of ‘’Our Lady of the Consolation’’ under the care of Augustinian Fathers was known near this site since the 1400s. At the time, it stood in the perilous neighborhoods outside the city walls.

These districts belong to Genoa.

These are some bigger and more relevant cities in the wider vivinity of Genoa.