San Teodoro in Provincia di Genova (Liguria) is a town located in Italy about 252 mi (or 405 km) north-west of Rome, the country's capital place.

Time in San Teodoro is now 11:15 PM (Tuesday). The local timezone is named Europe / Rome with an UTC offset of 2 hours. We know of 10 airports nearby San Teodoro, of which 5 are larger airports. The closest airport in Italy is Genova / Sestri Cristoforo Colombo Airport in a distance of 4 mi (or 6 km), West. Besides the airports, there are other travel options available (check left side).

There are several Unesco world heritage sites nearby. The closest heritage site in Italy is Genoa: Le Strade Nuove and the system of the Palazzi dei Rolli in a distance of 1 mi (or 2 km), East. We collected 4 points of interest near this location. Need some hints on where to stay? We compiled a list of available hotels close to the map centre further down the page.

Being here already, you might want to pay a visit to some of the following locations: Genoa, Piccarello, Pedemonte, Santa Marta and Ceranesi. To further explore this place, just scroll down and browse the available info. 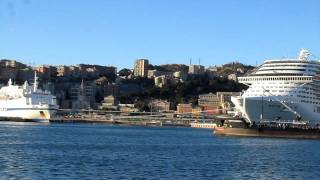 The Port of Genoa is a major Italian seaport on the Mediterranean Sea. With a trade volume of 51.6 million tonnes, it is the busiest port of Italy by cargo tonnage and the second busiest in... 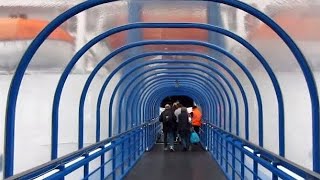 MSC Splendida is Fantasia-class cruise ship owned and operated by MSC Cruises. She entered service in March 2009, as a sister ship to MSC Fantasia. She was to be named MSC Serenata, but the... 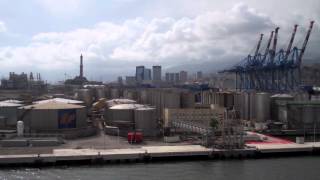 This film was made using a Flip ultra connected to a Gorillapod that was attached to the handrail on a balcony on the cruise ship MSC Splendida as it leaves the Port of Genova. The footage... 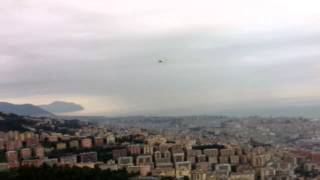 Goblin Over the city !! by Antonio Gomez 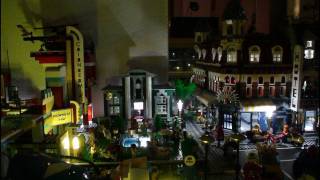 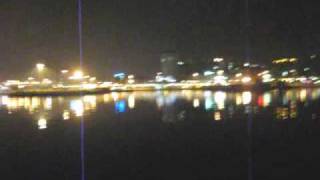 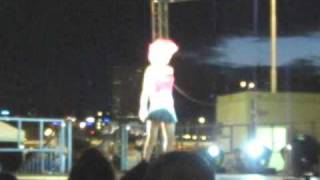 Sampierdarena is a major port and industrial area of Genoa, in northwest Italy. With San Teodoro it forms the West Central (Centro Ovest) municipio.

Located at 44.4167, 8.9 (Lat. / Lng.), about 1 miles away.
Wikipedia Article
Quartieri of Genoa, Mediterranean port cities and towns in Italy, Former communes of the Province of Genoa

The Aquarium of Genoa is the largest aquarium in Italy and the second largest in Europe. Located in the old harbor area of Genoa, Italy, the 33,000-square-foot aquarium is a member organization of the European Association of Zoos and Aquaria (EAZA), and welcomes more than 1.2 million visitors each year.

The Castello d'Albertis, or D'Albertis Castle, was the home of Captain Enrico Alberto d'Albertis, which was donated to the city of Genoa on his death in 1932. A building of great historical and cultural significance, it currently houses the Museo delle Culture del Mondo (Museum of World Cultures).

The Lighthouse of Genoa, is the main lighthouse for the city's port. Besides being an important aid to night navigation in the vicinity, the tower serves as a symbol for the City of Genoa, and is one of the oldest standing structures of its kind in the world. It is built on the hill of San Benigno at some little distance from the Sampierdarena neighborhood. At 249 feet it is the world's second tallest "traditional lighthouse" built of masonry.

The Yacht Club Italiano is a yacht club in Genoa, Italy.

The Port of Genoa is a major Italian seaport on the Mediterranean Sea. With a trade volume of 51.6 million tonnes, it is the busiest port of Italy by cargo tonnage and the second busiest in terms of twenty-foot equivalent units after the transshipment port of Gioia Tauro, with a trade volume of 1.85 million TEUs handled in 2011.

Located at 44.4028, 8.91667 (Lat. / Lng.), about 1 miles away.
Wikipedia Article, Homepage
Transport in Genoa, Buildings and structures in Genoa, Ports and harbours of Italy, Visitor attractions in Genoa

Dinegro is a Genoa Metro station. It is located under Via Milano, adjoining the Pizza Dinegro from which it derives its name, in the Fassolo area of Genoa, Italy. The station is strategicly placed just east of the business district of San Benigno and close to the ferry terminal. There are bus stops on the street outside the station, with numerous bus and trolleybus services.

Principe is a Genoa Metro station, in Genoa, Italy. It is planned to construct an underpass to connect directly to the nearby Genova Piazza Principe railway station.

Darsena is a Genoa Metro station, located on Via Antonio Gramsci close to Piazza della Darsena, in Genoa, Italy. Darsena literally means dock in English and the station serves the old port area of the city. This station has the peculiarity of having a very large bright mezzanine which gives the structure an imposing appearance. There are two exits: one is in the northerly sidewalk, the other is towards the quayside under the elevated Strada Aldo Moro .

The Palazzo Reale (Royal Palace) or Palazzo Stefano Balbi is a major palace in Genoa.

Santi Vittore e Carlo is a Baroque style church on Via Balbi in central Genoa, Italy. Originally belonging to the Discalced Carmelite Order, the church was constructed in the shape of a Latin Cross between 1629 and 1635 from a design by Bartolomeo Bianco. Designs by Eugenio Durazzo were incorporated in 1743 with the construction of a façade.

San Sisto is a church in Genoa, Italy located in Centro-Est quartiere of Prè, near the railway station of Genova Piazza Principe.

These districts belong to San Teodoro.

These are some bigger and more relevant cities in the wider vivinity of San Teodoro.