Ancona
in Provincia di Ancona of The Marches, Italy

Ancona in Provincia di Ancona (The Marches) with it's 89,994 residents is a town located in Italy about 128 mi (or 206 km) north-east of Rome, the country's capital place.

Time in Ancona is now 02:53 AM (Sunday). The local timezone is named Europe / Rome with an UTC offset of one hour. We know of 13 airports nearby Ancona, of which 5 are larger airports. The closest airport in Italy is Ancona / Falconara Airport in a distance of 7 mi (or 12 km), West. Besides the airports, there are other travel options available (check left side).

There are several Unesco world heritage sites nearby. The closest heritage site in Italy is Historic Centre of Urbino in a distance of 44 mi (or 71 km), West. We collected 5 points of interest near this location. Need some hints on where to stay? We compiled a list of available hotels close to the map centre further down the page.

Being here already, you might want to pay a visit to some of the following locations: Camerano, Offagna, Falconara Marittima, Osimo and Agugliano. To further explore this place, just scroll down and browse the available info. 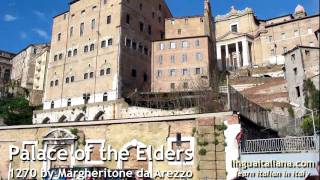 Ancona is the main city of the Region Marche and it's situated at the centre of the Adriatic coast, north of the Conero promontory. The name Ancona originates from the greek word "Ankon" which... 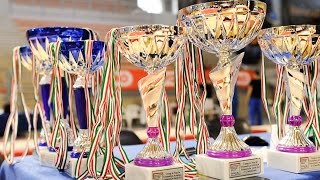 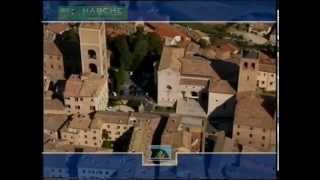 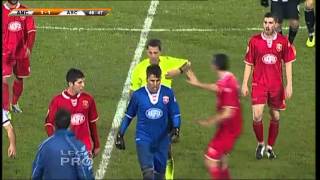 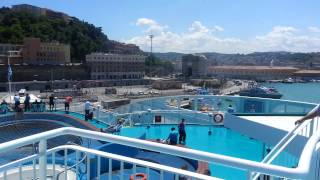 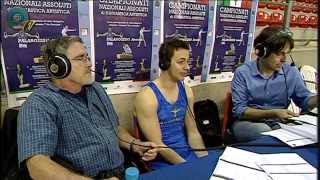 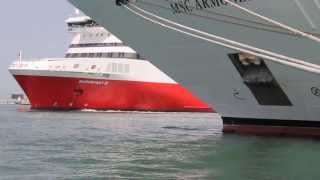 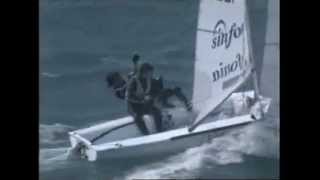 The Province of Ancona (Italian: Provincia di Ancona) is a province in the Marche region of central Italy. Its capital is the city of Ancona. The province extends from the coast of the Adriatic Sea west to the Apennines, its relief becoming steadily higher and more mountainous. Its population is mostly concentrated near the coast, and the city of Ancona, its capital, accounts for nearly a quarter of it.

The Orto Botanico dell'Università Politecnica delle Marche (5 hectares), also known as the Orto Botanico di Ancona and La Selva di Gallignano, is a nature preserve and botanical garden maintained by the Facoltà di Agraria of the Marche Polytechnic University, and located in Gallignano, Ancona, Province of Ancona, Marche, Italy. The garden was established in the 1990s on municipal land, and now occupies the northern side of a hill at 100-200 meters altitude. It is a wooded area with wildlife.

The Battle of Ancona was a battle involving forces from Poland serving as part of the British Army and German forces that took place from 16 June–18 July 1944 during the Italian campaign in World War II. The battle was the result of an Allied plan to capture the city of Ancona in Italy in order to gain possession of a seaport closer to the fighting so that they could shorten their lines of communication.

Santa Maria della Piazza is a church in Ancona, central Italy. The church, a fine example of Romanesque architecture in the city, was erected between the 11th and the 12th centuries. Before its construction, the site was home to two small Palaeo-Christian churches, dating to the 6th and 7th centuries. Part of the current church's pavement is in glass to allow visibility to the some of the remains of the latter. The building has a rectangular plan, with a nave and two aisles, and a raised apse.

The Loggia dei Mercanti is a historical palace in Ancona, central Italy. The palace was begun in 1442 by architect Giovanni Pace, also known as Sodo, in an economically flourishing period for Ancona. It was built near the port, which was the trade point of the mercantile republic in medieval times, in order to provide a meeting point for the traders. The building was restored in 1558-1561 after a fire, under the direction of Pellegrino Tibaldi, who also frescoed the central hall.

Located at 43.6197, 13.5097 (Lat. / Lng.), about 2 miles away.
Wikipedia Article
Buildings and structures in Ancona, Palaces in Marche, 15th-century architecture, Gothic architecture in the Marche

Ancona railway station, sometimes named Ancona Centrale, is the main railway station of the Italian city of Ancona, in the Marches. It is the most important station of its region and is owned by the Ferrovie dello Stato, the national rail company of Italy.

The Lazzaretto of Ancona also called the Mole Vanvitelliana is an 18th century building, constructed on an artificial island for the purpose of serving as quarantine station and Leprosarium for the port town of Ancona, Italy. While the term lazaretto has been interpreted by some as merely a quarantine station for maritime travellers; for centuries, it was the term used to refer to lazar house, referring to the one of the two New Testament persons named Lazarus.

Located at 43.6144, 13.5036 (Lat. / Lng.), about 1 miles away.
Wikipedia Article
Buildings and structures in Ancona, Leper colonies, Neoclassical architecture in Italy

These districts belong to Ancona.

These are districts that are close by, but belong to a different city than Ancona.

These are some bigger and more relevant cities in the wider vivinity of Ancona.