Mantova
in Province of Mantua of Lombardy, Italy

Local time in Mantova is now 12:59 PM (Wednesday). The local timezone is named Europe / Rome with an UTC offset of one hour. We know of 9 airports in the vicinity of Mantova, of which 3 are larger airports. The closest airport in Italy is Verona / Villafranca Airport in a distance of 17 mi (or 27 km), North. Besides the airports, there are other travel options available (check left side).

There are several Unesco world heritage sites nearby. The closest heritage site in Italy is Mantua and Sabbioneta in a distance of 0 mi (or 0 km), West. We found 9 points of interest in the vicinity of this place. If you need a place to sleep, we compiled a list of available hotels close to the map centre further down the page.

Depending on your travel schedule, you might want to pay a visit to some of the following locations: Sant'Antonio, Cerese, Mottella, Marmirolo and Montanara. To further explore this place, just scroll down and browse the available info. 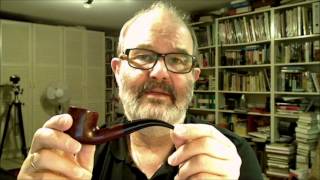 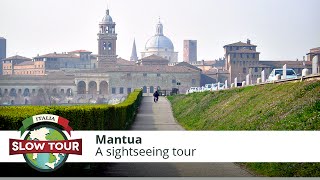 Mantua: a sightseeing tour from a balloon | Italia Slow Tour |

Italia Slow Tour in Mantua, admiring the ducal palaces of the Gonzaga Family. An amazing itinerary suspended from a hot air balloon, to get an aereal view of Mantua. And after landing, the... 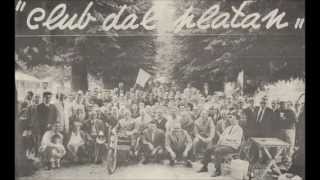 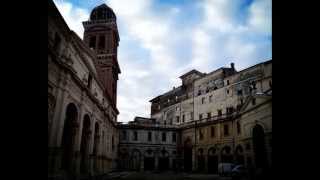 Something about Mantua II - Immagina Mantova 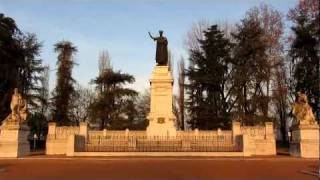 Piazza Virgiliana is a large green area of the city of Mantua, commissioned in 1797 by the French General de Miollis in order to honor the Roman poet Virgil. In Piazza Virgiliana first monument... 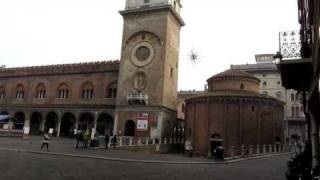 Piazza delle Erbe (or simply Piazza Erbe) is one of the main squares of Mantua. Began to take shape when the town hall, near the end of the twelfth century, began to expand beyond the Voltone...

The geological data and paleoenvironmental indicate that during the Early Bronze Age (ca 1800 BC), along the Mincio River, downstream of the city of Mantova, developed a lake of natural origin.... 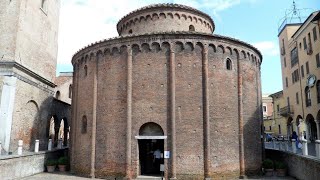 The year 1083, though written on the plaster in a later period, seems to be the year of construction. Tradition has it built for wish of Matilda of Canossa, as an evocation of the Anastasis... 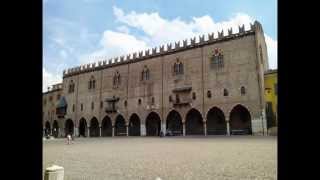 A Renaissance art treasury in Mantua. 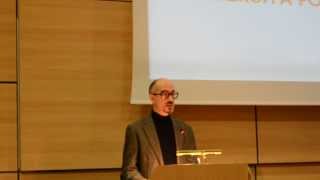 Palazzo del Te or Palazzo Te is a palace in the suburbs of Mantua, Italy. It is a fine example of the mannerist style of architecture, the acknowledged masterpiece of Giulio Romano. The official name, and by far the most common name in Italian, is Palazzo Te, but this may be a relatively recent usage; Vasari calls it the "Palazzo del T" (pronounced as "Te"), and English-speaking writers, especially art historians, continue to call it the Palazzo del Te.

Stadio Danilo Martelli is the main stadium in Mantua, Italy. It is named after a Mantuan footballer from the 40's, who died in the Superga air disaster of 1949. It is currently used mostly for football matches and, on occasion, for concerts. It is the home of A.C. Mantova. The stadium holds 14,844 but has recently been given temporary extra seats on a metallic scaffolding for the attendance needs of Serie B.

The Basilica of Sant'Andrea is a Roman Catholic co-cathedral and minor basilica in Mantua, Lombardy. It is one of the major works of 15th century Renaissance architecture in Northern Italy. Commissioned by Ludovico II Gonzaga, the church was begun in 1462 according to designs by Leon Battista Alberti on a site occupied by a Benedictine monastery, of which the bell tower (1414) remains. The building, however, was finished only 328 years later.

Located at 45.1589, 10.7942 (Lat. / Lng.), about 0 miles away.
Wikipedia Article
Churches in Mantua, Basilica churches in Italy, Renaissance architecture in Lombardy

The Palazzo Ducale di Mantova ("Ducal Palace") is a group of buildings in Mantua, Lombardy, northern Italy, built between the 14th and the 17th century mainly by the noble family of Gonzaga as their royal residence in the capital of their Duchy. The buildings are connected by corridors and galleries and are enriched by inner courts and wide gardens. The complex includes some 500 rooms and occupies an area of c. 34,000 m².

The Cathedral of Saint Peter the Apostle in Mantua, Lombardy, is the seat of the Diocese of Mantua. An initial structure probably existed on the site in the Early Christian era, which was followed by an edifice destroyed by a fire in 894. The current church was rebuilt in 1395-1401 with the addition of side chapels and a magnificent Gothic facade, which can still be seen in a sketch by Domenico Morone, which is preserved in the Palazzo Ducale of the city.

The Rotonda di San Lorenzo is a religious building in Mantua, Lombardy. It is the most ancient church in the city, having been built during the reign of the Canossa family in the late 11th century. Inspired by the Holy Sepulchre church in Jerusalem and dedicated to the martyr St. Lawrence, it has a central plan and has maintained ancient features like the matronaeum (loggia for female faithful) and frescoes of Byzantine school from the 11th-12th century.

The Camera degli Sposi ("bridal chamber"), sometimes known as the Camera picta ("painted chamber"), is a room frescoed with illusionistic paintings by Andrea Mantegna in the Ducal Palace, Mantua, Italy. It was painted between 1465 and 1474 and commissioned by Ludovico Gonzaga, and is notable for the use of trompe l'oeil details and its di sotto in sù ceiling.

Tedioli is a litigation boutique law firm, based in Mantua and established in 1969. The firm operates in Italy and provides legal services mainly to companies which operate in financial, tourist, real estate, fashion and transport fields as well as local enterprises and individuals. Tedioli has, also, a professional relationship with leading legal firms in France, Germany, Belgium & Hong Kong.

Palazzo Castiglioni/Bonacolsi is a building in Mantua, northern Italy, located in Piazza Sordello in front of the Ducal Palace. The Bonacolsi family ruled Mantua during the thirteenth century, until on August 16, 1328, the last Bonacolsi, Rinaldo, was overthrown in a revolt backed by the Gonzaga, who seized power. Palazzo Bonacolsi is currently named Palazzo Castiglioni. The Castiglioni had been one of the most prominent Lombard aristocratic families since the 10th century.

Mantova railway station, or Mantua railway station (Italian: Stazione di Mantova), serves the city and comune of Mantua, in the region of Lombardy, northern Italy. Opened in 1873, it forms part of the Verona–Mantua–Modena railway, and is a terminus of two secondary railways, linking Mantua with Cremona and Monselice, respectively. Until 1967, the station was also a terminus of the Mantua–Peschiera del Garda railway. The station is currently managed by Rete Ferroviaria Italiana (RFI).

The church of Ognissanti is located on Corso Vittorio Emanuele in Mantua. It is reputed that Matilde of Canossa granted the Ognissanti church around 1080 to the Benedictine Order of the Abbey of San Benedetto Po in Polirone . Others ascribe the donation to the Benedictines as a gift by Pope Adrian IV in 1159. In 1797, the order was suppressed by the Napoleonic occupation.

San Francesco is a church located in piazza San Francesco d'Assisi number 5 in Mantua, Italy. The church was founded by the Franciscan Order in 1304. Suppressed in 1782, the structure became an arsenal in 1811. Still in military use by the second world war, it was devastated by bombardment during the war. The Cappella Gonzaga with its 14th century frescoes depicting the life of San Ludovico d'Angiò was saved, and they were recently restored.

These are some bigger and more relevant cities in the wider vivinity of Mantova.