Izola in Izola with it's 11,223 habitants is a city located in Slovenia about 54 mi (or 87 km) south-west of Ljubljana, the country's capital town.

Current time in Izola is now 12:45 AM (Monday). The local timezone is named Europe / Ljubljana with an UTC offset of 2 hours. We know of 11 airports closer to Izola, of which 5 are larger airports. The closest airport in Slovenia is Portoroz Airport in a distance of 5 mi (or 8 km), South-West. Besides the airports, there are other travel options available (check left side).

There are several Unesco world heritage sites nearby. The closest heritage site in Slovenia is Škocjan Caves in a distance of 19 mi (or 30 km), North-East. We saw 6 points of interest near this location. In need of a room? We compiled a list of available hotels close to the map centre further down the page.

Since you are here already, you might want to pay a visit to some of the following locations: Koper, Ankaran, Piran, Muggia and Buje. To further explore this place, just scroll down and browse the available info. 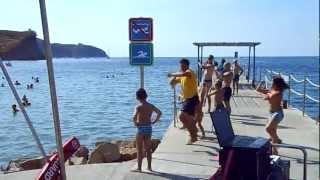 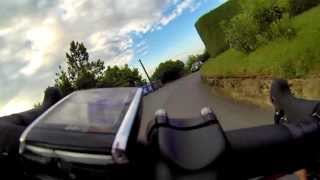 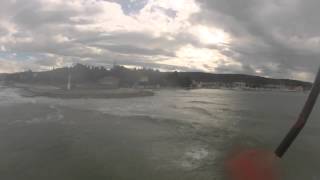 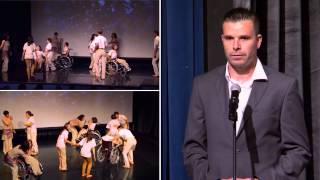 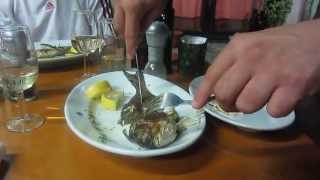 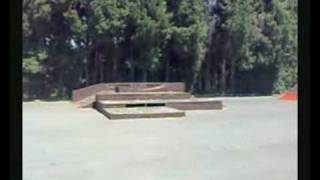 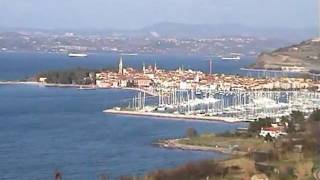 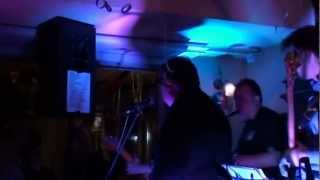 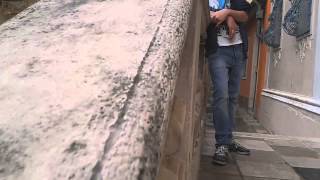 The beauty of Izola (documentary)

Don't worry, this is NOT the video I was talking about on google+. But since that one is on a computer of a man I spoke with for maybe three hours, it can take some time to get it back. I...

The SS Rex was an Italian ocean liner launched in 1931. It held the westbound Blue Riband between 1933 and 1935. Originally built for the Navigazione Generale Italiana (NGI) as the SS Guglielmo Marconi, its state-ordered merger with the Lloyd Sabaudo line meant that the ship sailed for the newly created Italia Flotta Riunite. On May 12, 1938, in a demonstration of U.S. air power, three YB-17 bombers of the U.S. Army Air Corps intercepted the Rex 620 miles at sea in a highly publicized event.

Ambasada Gavioli is a nightclub located in Izola, Slovenia and named after its architect Gianni Gavioli. It has a floor space of 1,600 m2 and a capacity of 2,500 guests. The project is inspired from literature, theatre, cinema and fashion. Some themes include Italian baroque with Juliet's balcony and the Baudelaire's Evil Flowers.

Haliaetum was a Roman port on the northern Adriatic coast of the Istrian peninsula. The port was first established around 178-177BC following fierce resistance by the Histri, the indigenous population. The site of the port is at Valižan on Simonov zaliv (Simon’s Bay) to the southwest of the modern town of Izola in Slovenia. Remains visible at extreme low tide include parts of its pier as well as various port buildings.

The Marina Izola lies in the Slovenian town of Izola. The marina has berths for about 620 boats with a length of up to 30 m and a depth of 4.5 m. In addition, there is also a holiday resort with a hotel and many different attractions such as tennis courts, swimming pool and casino. The marina is used as base for water sports events such as Austria Cup. In the sea area before Izola are regularly sailed regattas or other water sports events organised.

Izola City Stadium (Slovene: Mestni stadion Izola) is a multi-use stadium in Izola, Slovenia. It is currently used mostly for football matches and is the home ground of Izola. The stadium has a capacity of 5,085 seats and is currently undergoing a renovation process.

These are some bigger and more relevant cities in the wider vivinity of Izola.