Pavia in Provincia di Pavia (Lombardy) with it's 65,734 habitants is located in Italy about 283 mi (or 456 km) north-west of Rome, the country's capital town.

Current time in Pavia is now 07:26 AM (Sunday). The local timezone is named Europe / Rome with an UTC offset of one hour. We know of 8 airports close to Pavia, of which 4 are larger airports. The closest airport in Italy is Linate Airport in a distance of 18 mi (or 30 km), North. Besides the airports, there are other travel options available (check left side).

There are several Unesco world heritage sites nearby. The closest heritage site in Italy is Church and Dominican Convent of Santa Maria delle Grazie with “The Last Supper” by Leonardo da Vinci in a distance of 19 mi (or 30 km), North. We encountered 6 points of interest near this location. If you need a hotel, we compiled a list of available hotels close to the map centre further down the page.

While being here, you might want to pay a visit to some of the following locations: San Martino Siccomario, Travaco Siccomario, San Genesio ed Uniti, Borgarello and Torre del Mangano. To further explore this place, just scroll down and browse the available info. 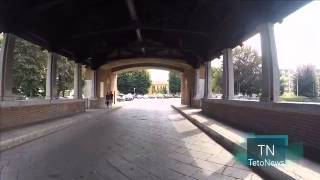 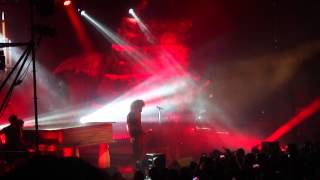 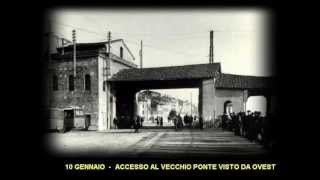 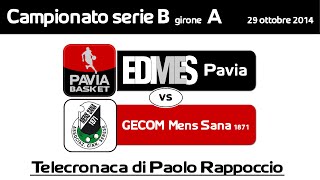 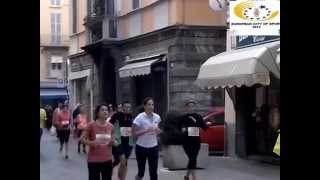 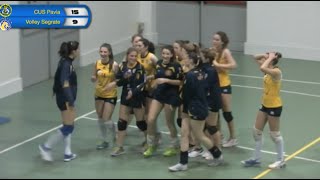 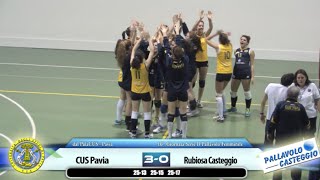 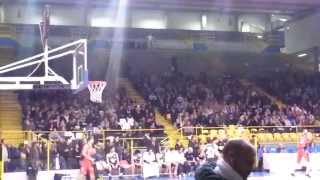 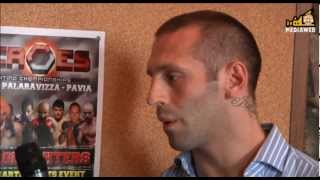 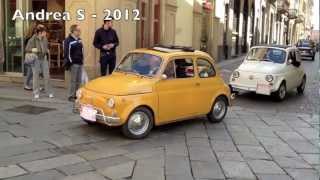 The University of Pavia (Italian: Università degli Studi di Pavia, UNIPV) is a university located in Pavia, Lombardy, Italy. It was founded in 1361 and has nine faculties.

The Province of Pavia (It. Provincia di Pavia) is a province in the region of Lombardy in northern Italy. Pavia is the capital.

Stadio Pietro Fortunati is a football stadium in Pavia, Italy. It is the home ground of A.C. Pavia. The stadium holds 4,999.

San Pietro in Ciel d'Oro (Italian for "Saint Peter in the Sky of Gold") is a Roman Catholic basilica (and a former cathedral) of the Augustinians in Pavia, Italy, in the Lombardy region. Its name refers to the mosaics of gold leaf behind glass tesserae that formerly decorated the ceiling of the apse. The plain exterior is of brick, with sandstone quoins and window framing. The paving of the church floor is now lower than the modern street level of Piazza Dante, which lies before its façade.

Castle Visconteo is a castle built in the town of Pavia, Lombardy, northern Italy. It was built by Galeazzo II Visconti in 1360, soon after the taking of the city, a free city-state until then. The credited architect is Bartolino da Novara. The castle used to be the main residence of the Visconti family, while the political capital of the state was Milan.

The Basilica of San Michele Maggiore is a church of Pavia, one of the most striking example of Lombard-Romanesque style. It dates from the 11th and 12th centuries.

L'Almo Collegio Borromeo, recognized by the Ministry of Education, Universities and Research as a "highly qualified Cultural Institute", is the oldest such institution remaining in operation in Italy. Together with Collegio Ghislieri, with which there is goliardic rivalry, it is one of two historic colleges in Pavia that stand out as prestigious institutions of the Lombardy-Veneto area.

The Ponte Coperto "covered bridge" (also known as the Ponte Vecchio "Old Bridge") is a brick and stone arch bridge over the Ticino River in Pavia, Italy.

Santa Maria del Carmine is a church in Pavia, Lombardy, northern Italy, considered amongst the best examples of Lombard Gothic architecture. It was begun in 1374 by Gian Galeazzo Visconti, Duke of Milan, on a project attributed to Bernardo da Venezia. The construction followed a slow pace, and was restarted in 1432, being finished in 1461.

Santa Maria di Canepanova is a Renaissance church in Pavia, Lombardy, northern Italy. It was designed by Giovanni Antonio Amadeo. The church was built from 1500 to 1507, when Amadeo was at the climax of his fame. Amadeo had previously built the tambour of the Milan Cathedral and had been invited by Cardinal Ascanio Sforza, brother of Duke Ludovico Sforza, to lead the works in the Pavia Cathedral.

Located at 45.1856, 9.15903 (Lat. / Lng.), about 0 miles away.
Wikipedia Article
Churches in Pavia, Renaissance architecture in Lombardy, Buildings and structures completed in 1507

The Cathedral of Pavia is a church in Pavia, northern Italy, the largest in the city. The construction (presently still unfinished in some minor details) was begun in the 15th century on the site of two pre-existing Romanesque cathedrals (Santo Stefano and Santa Maria del Popolo). The cathedral houses the remains of St. Sirus, first bishop of Pavia. Next to the cathedral was the Civic Tower (Torre Civica), known in 1330 and enlarged in 1583, which collapsed on March 17 1989.

The Castello Visconteo is a castle in Pavia, northern Italy, built in 1360 by Galeazzo II Visconti.

These are some bigger and more relevant cities in the wider vivinity of Pavia.