saint angelo
District of Rome
in Province of Rome of Latium, Italy

Since you are here already, you might want to pay a visit to some of the following locations: Ciampino, Tor Lupara, Formello, Riano and Monterotondo. To further explore this place, just scroll down and browse the available info. 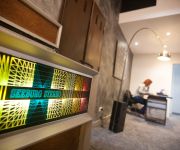 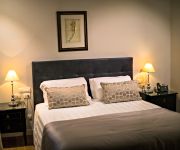 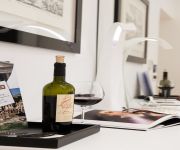 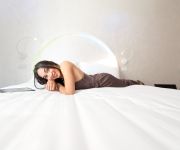 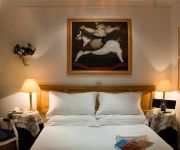 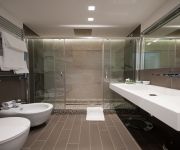 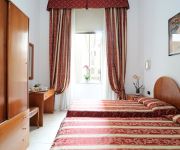 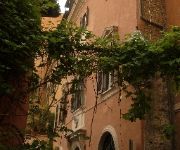 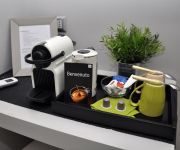 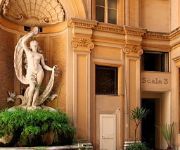 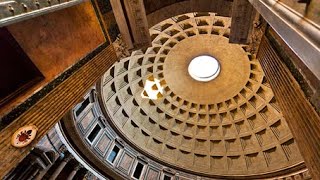 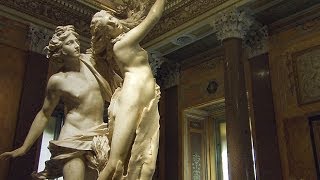 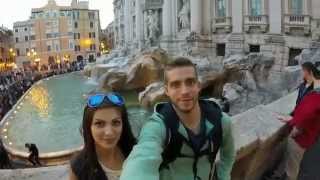 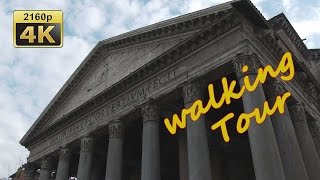 Rome Walking Tour - Italy http://blog.myvideomedia.com/rome-walking-tour/ A Rome walking tour is a great way to discover the city. Dario Andreucci, from Mind the Guide, invited us to take... 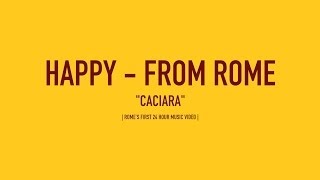 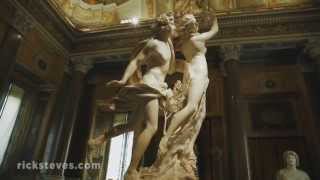 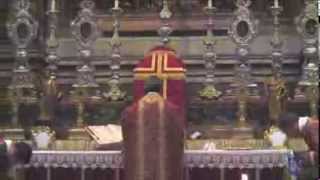 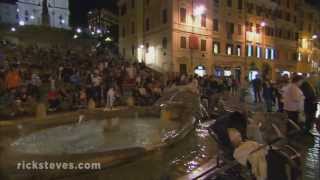 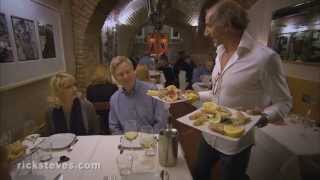 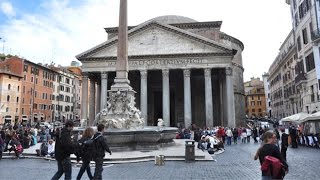 The Tarpeian Rock (Latin, Rupes Tarpeia or Saxum Tarpeium) was a steep cliff of the southern summit of the Capitoline Hill, overlooking the Roman Forum in Ancient Rome. It was used during the Roman Republic as an execution site. Murderers, traitors, perjurors, and larcenous slaves, if convicted by the quaestores parricidii, were flung from the cliff to their deaths.

The Temple of Portunus (Italian: Tempio di Portuno) is an ancient building in Rome, Italy, the main temple dedicated to the god Portunus in the city. It is in the Ionic order and is still more familiar by its erroneous designation, the Temple of Fortuna Virilis ("manly fortune") given it by antiquaries.

The Roman (Jewish) Ghetto (Italian: Ghetto di Roma) was a ghetto located in the rione Sant'Angelo, in Rome, Italy, in the area surrounded by today's Via del Portico d'Ottavia, Lungotevere dei Cenci, Via del Progresso and Via di Santa Maria del Pianto close to the Tiber and the Theater of Marcellus. In Italian, the ghetto was called "Serraglio delli Ebrei" ("Enclosure of the Jews").

The Forum Holitorium ("Vegetable-sellers' market") was the site of a commercial marketplace for vegetables, herbs and oil in ancient Rome. It was "oddly located" outside the Porta Carmentalis in the Campus Martius, crowded between the Forum Boarium ("Cattle Market") and buildings location in the Circus Flaminius.

The Great Synagogue of Rome (Italian: Tempio Maggiore di Roma) is the largest synagogue in Rome.

The Circus Flaminius was a large, circular area in ancient Rome, located in the southern end of the Campus Martius near the Tiber River. It contained a small race-track used for obscure games, and various other buildings and monuments. It was ‘built,’ or sectioned off, by Gaius Flaminius Nepos in 221 BC.

The Tiber Island is one of the two islands in the Tiber river, which runs through Rome; the other, much larger one is called Isola Sacra and is near the mouth of the river at Ostia. Tiber island is located in the southern bend of the Tiber. The island is boat-shaped, approximately 270 m long and 67 m wide, and has been connected with bridges to both sides of the river since antiquity.

The Theatre of Marcellus is an ancient open-air theatre in Rome, Italy, built in the closing years of the Roman Republic. At the theatre, locals and visitors alike were able to watch performances of drama and song. Today its ancient edifice in the rione of Sant'Angelo, Rome, once again provides one of the city's many popular spectacles or tourist sites. It was named after Marcus Marcellus, Emperor Augustus's nephew, who died five years before its completion.

The Pons Fabricius (Italian: Ponte Fabricio, meaning "Fabricius' Bridge") or Ponte dei Quattro Capi, is the oldest Roman bridge in Rome, Italy, still existing in its original state. Built in 62 BC, it spans half of the Tiber River, from the Campus Martius on the east side to Tiber Island in the middle (the Pons Cestius is west of the island).

Not to be confused with the Porticus Octavia. The Porticus Octaviae is an ancient structure in Rome. The structure was built by Augustus in the name of his sister, Octavia Minor, sometime after 27 BC, in place of the Porticus Metelli. The colonnaded walks of the portico enclosed the temples of Jupiter Stator and Juno Regina, next to the Theater of Marcellus. It burned in 80 AD and was restored, probably by Domitian, and again after a second fire in 203 AD by Septimius Severus and Caracalla.

The Basilica of St. Bartholomew on the Island (Italian: Basilica di San Bartolomeo all'Isola, Latin: Basilica S. Bartholomaei in Insula) is a titular minor basilica, located in Rome, Italy. It was founded at the end of the 10th century by Otto III, Holy Roman Emperor. It contains the relics of St.

The Pons Cestius (Italian: Ponte Cestio, meaning "Cestius' Bridge") is a Roman stone bridge in Rome, Italy, spanning the Tiber to the west of the Tiber Island. The original version of this bridge was built around the 1st century BC (some time between 62 and 27 BC), after the Pons Fabricius, sited on the other side of island.

Sant'Angelo in Pescheria or in Piscaria is a church in Rome. It dates from the 8th century. "In Pescheria" refers to its location close to the fish market built in the ruins of the ancient Porticus Octaviae. The relics of St. Symphorosa and her seven sons were transferred to the Church of Sant'Angelo in Pescheria at Rome by Pope Stephen II in 752. A sarcophagus was found here in 1610, bearing the inscription: Hic requiescunt corpora SS.

Santa Maria in Campitelli or Santa Maria in Portico is a church dedicated to the Virgin Mary on the Piazza di Campitelli, Rome, Italy. The church contains a 25 cm-high icon of the Virgin Mary dated by style and dendrochronology to the 11th century, though it had previously been claimed by tradition to have appeared miraculously in 524 at the table of Galla, a Roman woman who was helping the poor, and then carried in processions since 590.

San Nicola in Carcere (Italian, "St Nicholas in prison") is a titular church in Rome near the Forum Boarium in rione Ripa. It is one of the traditional stational churches of Lent.

The Temple of Jupiter Stator was a temple of Ancient Rome named after the god Jupiter in his form of Jupiter Stator (Jupiter the stayer). Together with the temple of Juno Regina (Juno in the form of "Queen Juno") and the enclosing Porticus Metelli (later rebuilt as the Porticus Octaviae), it was built by Q. Caecilius Metellus Macedonicus after his triumph in 146 BC. It is referred to as aedes Iovis Metellina and aedes Metelli.

The temple of Bellona was an ancient Roman temple dedicated to the goddess Bellona and sited next to the Temple of Apollo Sosianus and the Theatre of Marcellus in Rome.

The fountain in the Piazza d'Aracoeli is a fountain in Rome, Italy, located at the base of the Capitoline Hill. It is one of the first, and simplest, of Renaissance fountains that would embellish the city. Two circular basins, capture the water, the top ringed by children pouring water from jugs, while above them is the heraldic symbol of the papal family.

The Pons Aemilius, today called Ponte Rotto, is the oldest Roman stone bridge in Rome, Italy. Preceded by a wooden version, it was rebuilt in stone in the 2nd century BC. It once spanned the Tiber, connecting the Forum Boarium with Trastevere; a single arch in mid-river is all that remains today, lending the bridge its name Ponte rotto ("Broken bridge"). The oldest piers of the bridge were probably laid when the Via Aurelia was constructed in the mid-2nd century BC.

Theatre of Balbus was an ancient Roman structure in the Campus Martius of Rome. It was built in 13 BC by proconsul Lucius Cornelius Balbus (minor), likely from the spoils of a military campaign by order of Augustus. Very little is mentioned of the theatre in ancient writings. Its location was debated for decades until pieces of the Forma Urbis were finally pieced together in the 1960s.

Santa Caterina dei Funari is a church in Rome in Italy, in the rione of Sant'Angelo. The church is mainly known for its façade and its interior with frescoes and paintings.

Santa Maria in Publicolis is a Baroque church in Rome. It is located in the rione of Sant'Eustachio. The facade was designed by Giovan Antonio de' Rossi.

The Fontane delle Tartarughe (The Turtle Fountain) is a fountain of the late Italian Renaissance, located in the Piazza Mattei, in the Sant'Angelo district of Rome, Italy. It was built between 1580 and 1588 by the architect Giacomo della Porta and the sculptor Taddeo Landini. The bronzes turtles around the upper basin, usually attributed either to Gian Lorenzo Bernini or Andrea Sacchi, were added in either 1658 and 1659, when the fountain was restored.

Sant'Ambrogio della Massima is a Roman Catholic church in Rome, Italy that perhaps dates to the 4th century, and was a convent in the 18th century. It is said to have been associated with Saint Ambrose. The name of the Church derives from the tradition that the church was built on the site of the house in which St. Ambrose lived in Rome, before he moved to become the bishop of Milan.

This place is known by different names. Here the ones we know:
saint angelo, san angelo, Sant'Angelo