Trevi
District of Rome
in Province of Rome of Latium, Italy

Since you are here already, you might want to pay a visit to some of the following locations: Ciampino, Tor Lupara, Formello, Riano and Monterotondo. To further explore this place, just scroll down and browse the available info. 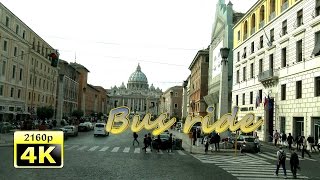 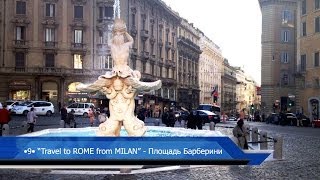 The Church of Saint Andrew's at the Quirinal (Italian: Sant'Andrea al Quirinale, Latin: S. Andreae in Quirinali) is a Roman Catholic titular church in Rome, Italy, built for of the Jesuit seminary on the Quirinal Hill. The church of Sant'Andrea, an important example of Roman Baroque architecture, was designed by Gian Lorenzo Bernini with Giovanni de'Rossi.

The Church of Saint Charles at the Four Fountains (Italian: Chiesa di San Carlo alle Quattro Fontane also called San Carlino) is a Roman Catholic church in Rome, Italy. Designed by the architect Francesco Borromini, it was his first independent commission. It is an iconic masterpiece of Baroque architecture, built as part of a complex of monastic buildings on the Quirinal Hill for the Spanish Trinitarians, an order dedicated to the freeing of Christian slaves.

Via Nazionale is a street in Rome from Piazza della Repubblica leading towards Piazza Venezia. Already begun as via Pia, named in honour of Pius IX, who had wanted to connect Stazione Termini to the city-centre, the street was completed at the end of the 19th century through the ambition of several figures of the Risorgimento to create a "new Rome" as a capital of the unified Kingdom of Italy.

The Quattro Fontane (the Four Fountains) is a group of four Late Renaissance fountains located at the intersection of Via delle Quattro Fontane and Via del Quirinale in Rome. They were commissioned by Pope Sixtus V and built at the direction of Muzio Mattei; installed between 1588 and 1593.