Esquilino
District of Rome
in Province of Rome of Latium, Italy

Since you are here already, you might want to pay a visit to some of the following locations: Ciampino, Tor Lupara, Monterotondo, Mentana and Frascati. To further explore this place, just scroll down and browse the available info. 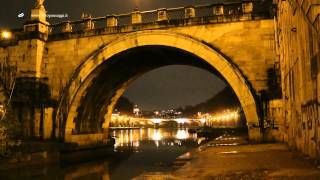 Basilica of Saint Lawrence outside the Walls

The Papal Basilica of Saint Lawrence outside the Walls (Italian: Basilica Papale di San Lorenzo fuori le Mura) is a Roman Catholic parish church and minor basilica, located in Rome, Italy. The basilica is one of the Seven Pilgrim Churches of Rome and one of the five Patriarchal basilicas, each of which is assigned to a patriarchate. St. Lawrence outside the Walls is assigned to the Patriarchate of Jerusalem.

The Campo Verano is a cemetery in Rome that was founded in the early nineteenth century. The cemetery is currently divided into sections: the Jewish cemetery, the Catholic cemetery, and the monument to the victims of the First World War.

The 2006 Rome Metro crash occurred on 17 October 2006 at 9:37am local time, when one train ploughed in another train as it unloaded passengers at the Piazza Vittorio Emanuele II (or Vittorio Emanuele) underground station in the city centre, killing a 30-year-old Italian woman, named Alessandra Lisi, and injuring about 145 others, of which a dozen were reported to be in life-threatening conditions.

Sacro Cuore di Gesú al Castro Pretorio (English: Sacred Heart of Jesus at the Praetorian Barracks) is a Roman Catholic parish and titular church in Rome, Italy. It was built in 1887 by Francesco Vespignani. Dedicated to the Sacred Heart of Jesus, the church is served by the Salesians. It has an adjoining boarding-school of arts and industries.

Vittorio Emanuele is a station on Linea A of the Rome Metro. The station was inaugurated in 1980 and is sited underground, beneath Piazza Vittorio Emanuele II, which gives it its name, in the Esquilino rione. The atrium of the station houses several mosaics from the Artemetro Roma Prize. The mosaics on display are by Nicola Carrino and Giulia Napoleone. On 17 October 2006 there was a train crash in this station, killing one and injuring over 200 people.

Piazza Vittorio Emanuele II, also known as Piazza Vittorio, is a piazza in Rome, in the Esquilino rione. It is served by the Vittorio Emanuele Metro station. Surrounded by palazzi with large porticoes in the 19th century style, the piazza was built by Gaetano Koch shortly after the unification of Italy. Umbertine in style, it is the largest piazza in Rome (316 x 174 metres).

Porta Alchemica, or Alchemy Gate or Magic Portal, is a monument built between 1678 and 1680 by Massimiliano Palombara marquis of Pietraforte (1614–1680) in his residence, villa Palombara, located in the east part of the historic centre of Rome on the Esquilino hill in a position almost corresponding to Piazza Vittorio, where today was placed.