Campitelli
District of Rome
in Province of Rome of Latium, Italy

The district Campitelli of Rome in Province of Rome (Latium) is a subburb located in Italy and is a district of the nations capital.

Being here already, you might want to pay a visit to some of the following locations: Ciampino, Tor Lupara, Formello, Riano and Monterotondo. To further explore this place, just scroll down and browse the available info. 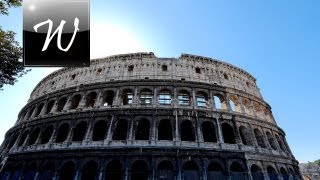 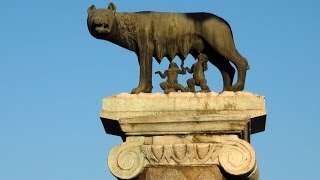 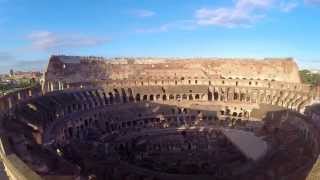 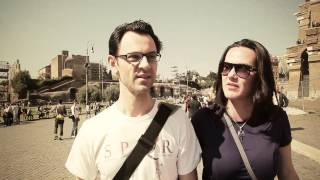 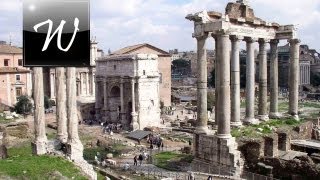 Roman Forum - HD footage, information and facts on the signature site of ancient Rome; the Roman Forum. The Roman Forum is truly one of the most unique places in the world, where one can find... 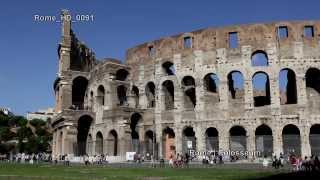 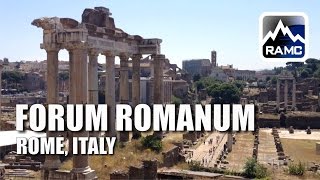 Tour of the former center of the Roman Empire with all the sights: the Roman Forum, Septimius Severus Arch, Arch of Titus, Palatine, Vestae temple, Massenzio Temple, Antonino and Faustina Temple,.

The Palatine Hill is the centermost of the Seven Hills of Rome and is one of the most ancient parts of the city. It stands 40 metres above the Forum Romanum, looking down upon it on one side, and upon the Circus Maximus on the other. It is the etymological origin of the word "palace" and its cognates in other languages (Italian "Palazzo", French "Palais" etc.).

The Arch of Titus is a 1st-century honorific arch located on the Via Sacra, Rome, just to the south-east of the Roman Forum. It was constructed in c. 82 AD by the Roman Emperor Domitian shortly after the death of his older brother Titus to commemorate Titus' victories, including the Siege of Jerusalem in 70 AD.

Located at 41.8907, 12.4886 (Lat. / Lng.), about 1 miles away.
Wikipedia Article
1st-century architecture, Jews and Judaism in the Roman Empire, Triumphal arches in the Roman Forum, Building projects of the Flavian dynasty, Latin inscriptions, 1st-century establishments in Italy

The sacred fire of Vesta was a holy fire in Ancient Rome. The Vestal Virgins, originally numbering two, later four and eventually six, were selected by lot and served for thirty years, tending the holy fire and performing other rituals connected to domestic life—among them were the ritual sweeping of the temple on June 15 and the preparation of foods for certain festivals.

The Arch of Constantine (Italian: Arco di Costantino) is a triumphal arch in Rome, situated between the Colosseum and the Palatine Hill. It was erected by the Roman Senate to commemorate Constantine I's victory over Maxentius at the Battle of Milvian Bridge on October 28, 312.

The Lacus Iuturnae — or Lacus Juturnae or Spring of Juturna — is the name of a formal pool built by the Romans near a spring or well in the Roman Forum. The pool was part of a shrine dedicated to the water nymph Juturna, and the name Lacus Iuturnae is also used for the spring and the shrine, both next to the pool.

The Regia was a structure in Ancient Rome in the Roman Forum that originally served as the residence or one of the main headquarters of kings of Rome and later as the office of the Pontifex Maximus, the high priest of Roman religion. It occupied a triangular patch of terrain between the Temple of Vesta, the Temple of Divus Julius and Temple of Antoninus and Faustina. Only the foundations of Republican/Imperial Regia remain.

The Temple of Caesar or Temple of Divus Iulius (Latin Aedes Divi Iuli or Templum Divi Iuli, Italian Tempio del Divo Giulio) also known as Temple of the Deified Julius Caesar, delubrum, heroon or Temple of the Comet Star, is an ancient structure in the Roman Forum of Rome, Italy, located near the Regia and the Temple of Vesta.

The Forum Piscarium was the fish forum venalium of ancient Rome, north of the Roman Forum, between the Sacra Via and the Argiletum. It was burned in 210 BC and rebuilt the next year. In 179 it was incorporated in the general Macellum, built by Marcus Fulvius Nobilior in the same region. This forum is called piscatorium in Livy, and piscarium in Varro and Plautus (Curc. 474).

The Basilica Aemilia was a civil basilica in the Roman forum, in Rome, Italy. Today only the plan and some rebuilt elements can be seen. The Basilica was 100 meters (328 ft) long and about 30 meters (98 ft) wide. Along the sides were two orders of 16 arches, and it was accessed through one of three entrances.

The Temple of Vesta (Latin Aedes Vestae, Italian Tempio di Vesta) is an ancient edifice in Rome, Italy, located in the Roman Forum near the Regia and the House of the Vestal Virgins. The temple's most recognizable feature is its circular footprint. Since the worship of Vesta began in private homes, the architecture seems to be a reminder of its history. The extant temple used Greek architecture with Corinthian columns, marble, and a central cella.

House of the Vestals

The House of the Vestal Virgins was the residence of Vestal Virgins, located behind the circular Temple of Vesta at the eastern edge of the Roman Forum, between the Regia and the Palatine Hill. The domus publicae where the Pontifex Maximus dwelled, was located near the Atrium until that role was assumed by the emperors. The Atrium Vestae was a three-story 50-room palace in the ancient Roman Forum built around an elegant elongated atrium or court with a double pool.

Temple of Venus and Roma

The Temple of Venus and Roma — in Latin, Templum Veneris et Romae — is thought to have been the largest temple in Ancient Rome. Located on the Velian Hill, between the eastern edge of the Forum Romanum and the Colosseum, it was dedicated to the goddesses Venus Felix ("Venus the Bringer of Good Fortune") and Roma Aeterna ("Eternal Rome"). The architect was the emperor Hadrian and construction began in 121. It was officially inaugurated by Hadrian in 135, and finished in 141 under Antoninus Pius.

The Colossus Neronis was an enormous, 30 m bronze statue that the Emperor Nero (37–68 AD) erected in the vestibule of his Domus Aurea, the imperial villa complex which spanned a large area from the north side of the Palatine Hill, across the Velian ridge to the Esquiline Hill. It was modified by Nero's successors into a statue of the sun god Sol Invictus. It is last mentioned in the 4th century AD.

Temple of Antoninus and Faustina

The Temple of Antoninus and Faustina is an ancient Roman temple in Rome, adapted to the church of San Lorenzo in Miranda. It stands in the Forum Romanum, on the Via Sacra, opposite the Regia.

Santa Francesca Romana, previously known as Santa Maria Nova, is a church in Rome, Italy, situated next to the Roman Forum in the rione Campitelli.

The Via dei Fori Imperiali (formerly Via dell'Impero) is a road in the centre of the city of Rome, Italy, that runs in a straight line from the Piazza Venezia to the Colosseum. Its course takes it over parts of the Forum of Trajan, Forum of Augustus and Forum of Nerva, parts of which can be seen on both sides of the road. Since the 1990s, there has been a great deal of archeological excavation on both sides of the road, as significant Imperial Roman relics remain to be found underneath it.

San Sebastiano al Palatino is a basilica church in Rome. It is dedicated to Saint Sebastian, and is located on the Palatine Hill. According to legend, it is built on the site of its dedicatee's martyrdom, with the first church constructed in the 10th century, and the second (and present) church being the result of Pope Urban VIII's 1624 rebuild.

The Velia — or Velian Hill or Velian Ridge — is a saddle or spur stretching out from the middle of the north side of the Palatine Hill towards the Oppian Hill (itself a spur of the Esquiline Hill) in Rome. In later times, the Velia was called Summa Sacra Via ("Summit of the Sacra Via") — since that road began there at its highest point — and was marked by the Arch of Titus and Temple of Venus and Roma. (An alternate theory is that the Velia was actually the eastern half of the Palatine).

The Torre dei Conti is a medieval fortified tower in Rome, Italy, located near the Colosseum and the Roman Forum. The tower was one of the most impressive towers that dominated medieval Rome. It was built in 1238 by Richard Conti, brother of Pope Innocent III as a fortified residence for his family, the Conti di Segni, over one of the exedra of the portico of the four apses of the Imperial fora (The Temple of Peace) near the Forum of Nerva.

Colosseo is a station on Line B of the Rome Metro. It was opened on 10 February 1955 and is located, as its name suggests, in the Monti rione on via del Colosseo near the Colosseum. The station is currently involved in the works preparing for the Metro's Line C. Its atrium houses mosaics from the Artemetro Roma Prize. They are by Pietro Dorazio, Kenneth Noland and Emil Schumacher http://www. atac. roma. it/linee/m_linee. asp?p=1&i=6&NUM=MBA&st=90037.

For the Italian city, see Santi Cosma e Damiano, Lazio. The basilica of Santi Cosma e Damiano is a church in Rome, Italy, located in the Roman Forum. It is one of the ancient churches called tituli, of which cardinals are patrons as deacons: the Cardinal Deacon of the Titulus Ss. Cosmae et Damiani is Giovanni Cheli. The basilica, devoted to the two Greek brothers, doctors, martyrs and saints Cosmas and Damian, is located in the Forum of Vespasian, also known as the Forum of Peace.

The chiesa dei Santi Quirico e Giulitta is a church on via Tor de’ Conti in the Monti rione of Rome. It is dedicated to Quiricus and Julietta, two 4th century martyrs.