The district Chelsea of London in Greater London (England) with it's 60,000 habitants Chelsea is a subburb in United Kingdom and is a district of the nations capital.

While being here, you might want to pay a visit to some of the following locations: Kensington, Wandsworth, City of Westminster, Camden Town and Hammersmith. To further explore this place, just scroll down and browse the available info. 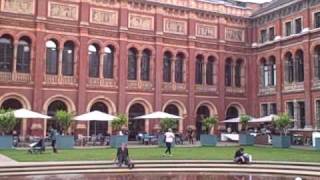 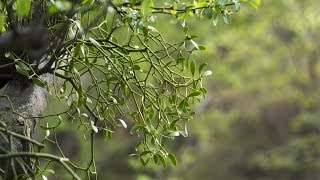 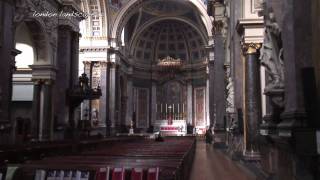 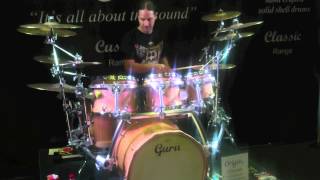 Derek Roddy having a quick try on the Guru Origin custom range kit. A huge pleasure to meet such a warm & fun guy, who also happens to be a stunningly skilled artist. Recorded on a Zoom Q3,... 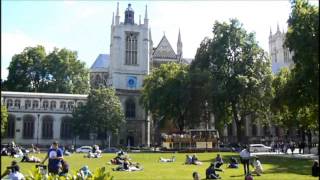 http://www.alphatucana.co.uk http://www.mylondonpics.com We went for a long... long! walk along the North bank of the river Thames in London, from Putney Bridge in the West to the Millennium...

Cheyne Walk, is a historic street in Chelsea, the Royal Borough of Kensington and Chelsea. It takes its name from William Lord Cheyne who owned the manor of Chelsea until 1712. Most of the houses were built in the early 18th century. Before the construction in the 19th century of the busy Embankment, which now runs in front of it, the houses fronted the River Thames. The most prominent building is Carlyle Mansions.

Located at 51.4823, -0.1727 (Lat. / Lng.), about 3 miles away.
Wikipedia Article
Streets in Kensington and Chelsea, Buildings and structures on the River Thames

Located at 51.4874, -0.1682 (Lat. / Lng.), about 2 miles away.
Wikipedia Article
Metropolitan boroughs of the County of London, History of Kensington and Chelsea, Parishes governed by vestries (Metropolis), 1900 establishments in the United Kingdom, 1965 disestablishments, Districts abolished by the London Government Act 1963

King's Road or Kings Road, known popularly as The King's Road or The KR, is a major, well-known street stretching through Chelsea and Fulham, both in west London. It is traditionally associated with 1960s style, and fashion figures such as Mary Quant and Vivienne Westwood. Sir Oswald Mosley's Blackshirt movement had a barracks on the street in the 1930s.

Located at 51.4874, -0.168874 (Lat. / Lng.), about 2 miles away.
Wikipedia Article
Shopping streets in London, Streets in Kensington and Chelsea, Streets in Hammersmith and Fulham, Youth culture in the United Kingdom, Major centres of London

Albert Bridge is a Grade II* listed road bridge over the River Thames in West London, connecting Chelsea on the north bank to Battersea on the south bank. Designed and built by Rowland Mason Ordish in 1873 as an Ordish–Lefeuvre Principle modified cable-stayed bridge, it proved to be structurally unsound, and so between 1884 and 1887 Sir Joseph Bazalgette incorporated some of the design elements of a suspension bridge.

Located at 51.4822, -0.166667 (Lat. / Lng.), about 3 miles away.
Wikipedia Article
Bridges and tunnels in London, Bridges completed in 1873, Bridges across the River Thames, Road bridges in England, Grade II* listed buildings in London, Suspension bridges in the United Kingdom, Beam bridges

Carlyle's House, in the district of Chelsea, in central London, England, was the home acquired by the historian and philosopher Thomas Carlyle and his wife Jane Welsh Carlyle, after having lived at Craigenputtock in Dumfriesshire, Scotland. She was a prominent woman of letters, for nearly half a century. The building dates from 1708 and is at No. 24 Cheyne Row (No. 5 at Carlyle's time); the house is now owned by the National Trust.

The Gateways club was a noted lesbian nightclub located at 239 Kings Road on the corner of Bramerton Street, Chelsea, London, England. It was the longest-surviving such club in the world, opening in 1930 and legally becoming a "members club" in 1936. It closed on Saturday 21 September 1985 after some years of only opening for a few hours each weekend.

The Royal Marsden Hospital (RM) is a specialist cancer treatment hospital in London, England. It is an NHS Foundation Trust, and operates facilities on two sites: The Chelsea site in Brompton, next to the Royal Brompton Hospital, on Fulham Road The Sutton site in Belmont, close to Sutton Hospital, High Down and Downview Prisons

Michelin House at 81 Fulham Road, Chelsea, London was constructed as the first permanent UK headquarters and tyre depot for the Michelin Tyre Company Ltd. The building opened for business on 20 January 1911.

Old Church Street is a street in London, England in the Royal Borough of Kensington and Chelsea. http://www. rbkc. gov. uk/vmgallery/general/large. asp?gallery=vm_history&img=history/thumb/vm_hs_0001. jpg&size=large&caller=vm_history_gallery. asp&cpg=1&tpg=4 It runs from Chelsea Embankment to Fulham Road, crossing Kings Road. The section to the north of Kings Road is sometimes called Upper Old Church Street.

Tom Aikens is a restaurant on Elystan Street in Chelsea, London, England. It was opened in 2003 by Tom Aikens and his then-wife, Laura Vanninen. The style of the food is contemporary French. The restaurant won a Michelin star in January 2004 and three stars in the revived Egon Ronay Guide for 2005. In 2005, it was named in Restaurant's Top 50.

Tom's Kitchen is a restaurant on Cale Street in London's Chelsea. It opened in November 2006 and was Tom Aikens' second restaurant as proprietor. In October 2008 Tom’s Kitchen and the Michelin-starred Tom Aikens in London’s Chelsea were acquired by TA Holdco Ltd, after being put into administration.

Cohen House is a private house on Old Church Street, Chelsea, London. It was designed and built in 1935-6 by the architects Erich Mendelsohn and Serge Chermayeff. The house was built for the Cohen family. It adjoins 66 Old Church Street designed at the same time by Walter Gropius and Maxwell Fry. The latter house has been altered beyond recognition. By comparison Cohen House is well preserved. The large conservatory was designed by Norman Foster in the 1970s.

Located at 51.4876, -0.17403 (Lat. / Lng.), about 3 miles away.
Wikipedia Article
Houses completed in 1935, Erich Mendelsohn buildings, Modernist architecture in the United Kingdom, Houses in Kensington and Chelsea

Chelsea Old Church (aka All Saints) is on the north bank of the River Thames near Albert Bridge in Chelsea, London, England. It is the church for a parish in the Diocese of London, part of the Church of England. It is located on the corner of Old Church Street and Cheyne Walk. Inside, there is seating for 400 people. There is a memorial plaque to the author Henry James (1843–1916) who lived nearby on Cheyne Walk. It is now a Grade I listed building.

Carlyle Mansions is a block of flats located on Cheyne Walk, in the Chelsea area of London, England. Built in 1886, it was named after Thomas Carlyle, himself a resident of Chelsea for much of his life. Carlyle Mansions is nicknamed the "Writers’ Block", as it has been home to Henry James, Erskine Childers, T. S. Eliot, Somerset Maugham, Ian Fleming and other noted authors.

The Chelsea Classic Cinema was a cinema originally opened in 1913 as the Chelsea Picture Playhouse, in the King's Road, Chelsea. It was designed by Felix Joubert, the cabinet maker and owner of The Pheasantry next door at number 152. It was built on land previously occupied by Box Farm (built in 1686 and demolished in 1899). On the western corner of Markham Street, it was initially opened by the London & Provincial Electric Theatre Company in 1913 with seating for 394 on a single floor.

Radnor Walk is a residential street in the Royal Borough of Kensington & Chelsea off the King's Road in London. The houses are mid and late Victorian and the street is part of the Royal Hospital Conservation Area. The well known local restaurant Zianni is situated at number 45, while at the top of the street is the Hill House School Founders' Hall. Famous residents include John Betjeman. It runs parallel to Shawfield Street and Smith Street.

Shawfield Street is a street in the Royal Borough of Kensington & Chelsea off King's Road in SW3. On the corner is Shawfield House, a 7-bedroom mansion currently owned by Charles Saatchi and wife Nigella Lawson, which was redeveloped by them from a former gas engineering works. There is also an Oxfam shop on Shawfield Street and a haridresser's called Vanilla . It is parallel to Radnor Walk and Flood Street.

Allen Hall is the Roman Catholic seminary of the Province of Westminster, England.

66 Old Church Street, Chelsea, London was designed in 1935-1936 for the politician and playwright Benn Levy by Walter Gropius and Maxwell Fry. Levy House formed part of a joint development with Cohen House, designed by Erich Mendelsohn and Serge Chermayeff for the publisher Denis Cohen. It was listed Grade II in 1970.

Flood Street is a residential street in Chelsea, London, England. It runs between King's Road to the north and Royal Hospital Road to the south. Just further to the south is the River Thames. The closest tube station is Sloane Square to the northeast. The most famous resident of Flood Street (No. 19) was the former British prime minister Margaret Thatcher. The house was bought by Margaret Thatcher and her husband Denis Thatcher in 1967 and sold in 1986.

Paultons Square is a Georgian terraced garden square in south-west London. It was built in in 1836-40, on the site of a former market garden, land previously owned by Sir Thomas More and Sir John Danvers. The square features a central lawned garden, enclosed by metal railings. The garden is private, and accessible by local residents only. The square's houses are grade II listed buildings.

The Parish Church of St Luke, Chelsea is an Anglican church, on Sydney Street, Chelsea, London SW3, just off the King's Road. Ecclesiastically it is in the Deanery of Chelsea, part of the Diocese of London. It was designed by James Savage in 1819 and is of architectural significance as one of the earliest Gothic Revival churches in London, perhaps the earliest to be a complete new construction.