Current time in Newcastle upon Tyne is now 01:48 PM (Tuesday). The local timezone is named Europe / London with an UTC offset of zero hours. We know of 9 airports near Newcastle upon Tyne, of which 5 are larger airports. The closest airport in United Kingdom is Newcastle Airport in a distance of 5 mi (or 9 km), North-West. Besides the airports, there are other travel options available (check left side).

There are several Unesco world heritage sites nearby. The closest heritage site is Frontiers of the Roman Empire in Germany at a distance of 9 mi (or 14 km). The closest in United Kingdom is Durham Castle and Cathedral in a distance of 49 mi (or 14 km), East. Also, if you like playing golf, there are a few options in driving distance. We discovered 1 points of interest in the vicinity of this place. Looking for a place to stay? we compiled a list of available hotels close to the map centre further down the page.

When in this area, you might want to pay a visit to some of the following locations: Gateshead, Lamesley, Wallsend, Pelton and Dinnington. To further explore this place, just scroll down and browse the available info. 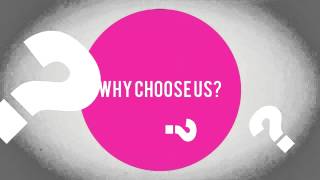 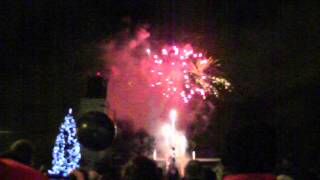 Annual early evening fireworks at Newcastle Civic Centre. Cute pink hearts during 'I Feel Love'. Christmas tree given every year for over 60 years by Norwegian city of Bergen. 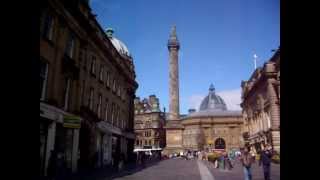 Monument at Newcastle upon Tyne 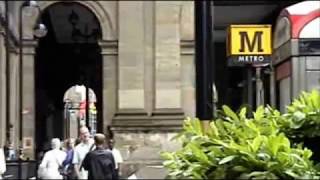 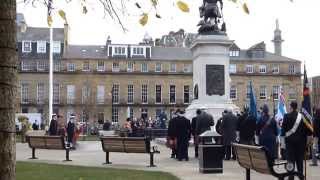 The Rememberance Day Parade at The Cenotaph in Newcastle upon Tyne. My wife wasn't feeling too well so I took a video of the majority of the proceedings to show her..

Accommodation in the City Centre as a Newcastle University Student

On a house hunt and not sure where to live in Newcastle as a student? Take a tour of the city centre with Sarah and see what living in the centre of the Toon could be like. If you're looking... 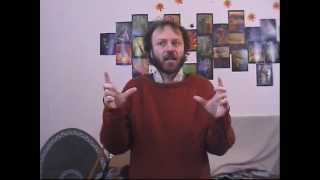 The Hobbit: An Unexpected Journey - a reaction to (NO SPOILERS)

Guaranteed SPOILER-FREE! This is not about the plot or the characters, the incidents or the dialogue. Instead it is all about the new format: 48-frames per second, and its consequences as... 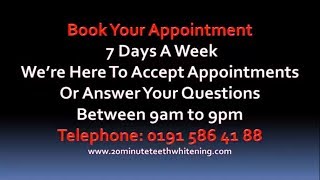 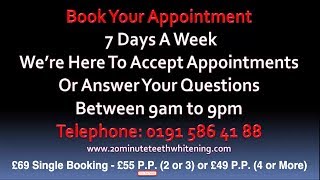 Newcastle upon Tyne is a city and metropolitan borough in Tyne and Wear, North East England. Historically the county town of Northumberland, of which it was part until 1974, it is situated on the north bank of the River Tyne centred 8.5 mi from the North Sea. The city grew up in the area that was the location of the Roman settlement called Pons Aelius, though it owes its name to the castle built in 1080, by Robert (II), Duke of Normandy, "Curthose", William the Conqueror's eldest son.

Eldon Square is a shopping centre in Newcastle upon Tyne, England. It was officially opened in 1977. Eldon Square was also the name applied to a terrace development on the same site, designed by John Dobson in about 1824 and demolished in the 1960s. The centre is due to be rebranded as "intu Eldon Square" in 2013 following the renaming of parent Capital Shopping Centres Group plc as "intu properties plc".

Located at 54.9753, -1.615 (Lat. / Lng.), about 0 miles away.
Wikipedia Article, Homepage
Shopping centres in Tyne and Wear, Buildings and structures in Newcastle upon Tyne, Shopping malls established in 1977

Bainbridge's is a major department store in Eldon Square in the centre of Newcastle upon Tyne, England. The store dates back to 1838, and became the first department store in the world in 1849, after it began recording weekly turnover separately by department. In 2002 after a vote by store employees the owner, John Lewis, changed the official name to John Lewis Newcastle, although many shoppers still use the Bainbridge's name.

Located at 54.975, -1.614 (Lat. / Lng.), about 0 miles away.
Wikipedia Article
Companies established in 1838, John Lewis Partnership, Department stores of the United Kingdom, Buildings and structures in Newcastle upon Tyne, 1838 establishments in England

For the London Underground station see Bank-Monument station Monument is a principal station on the underground section of the Tyne and Wear Metro system and is used by almost 6 million passengers per year. It is named after Grey's Monument, which stands directly above the station. It is the only station on the Tyne and Wear Metro that is situated at a line crossing.

Pons Aelius or Newcastle Roman Fort was an auxiliary castra and small Roman settlement on Hadrian's Wall in the Roman province of Britannia Inferior (Upper Britain - The Romans judged distances by proximity to Rome, therefore north England is inferior as it is farther away). It is situated on the north bank of the River Tyne in Newcastle upon Tyne, in the North East of England, in the ceremonial county of Tyne and Wear.

Mayfair Ballroom was a ballroom and concert hall situated on Newgate Street in Newcastle-Upon-Tyne, England. The oblong room was built to hold 1,500 people and had a small stage along one of the longer walls. The venue hosted Europe's largest and longest-running rock club, spanning four decades.

The Tyneside Cinema is an independent cinema in Newcastle upon Tyne. It is the city's only full-time independent cultural cinema, specialising in the screening of independent and world cinema from across the globe. The Tyneside's patrons are filmmakers Mike Figgis and Mike Hodges, and musicians Neil Tennant of the Pet Shop Boys and Paul Smith of Maxïmo Park.

Old Eldon Square is a public square on Blackett Street, Newcastle upon Tyne, England. As well as green space the square is the site of a war memorial and location for the city's Remembrance Day commemoration.

GreyFriars, Newcastle-upon-Tyne was a friary in Tyne and Wear, England.

Balmbra's Music Hall was an early Music Hall in the centre of Newcastle, England, in the middle of the 19th century. In about 1848 a first floor room of the Wheatsheaf Public House at 6 Cloth Market, Newcastle, was opened and in later advertisements was called "The Royal Music Saloon" (this name appears in advertisements dated 1859). Around 1862 that room was rebuilt/converted, and the proprietor at this time was John Balmbra.

These districts belong to Newcastle upon Tyne.

These are some bigger and more relevant cities in the wider vivinity of Newcastle upon Tyne.