Swansea
in City and County of Swansea of Wales, United Kingdom

Local time in Swansea is now 02:05 PM (Tuesday). The local timezone is named Europe / London with an UTC offset of zero hours. We know of 8 airports in the vicinity of Swansea, of which 3 are larger airports. The closest airport in United Kingdom is Swansea Airport in a distance of 5 mi (or 9 km), West. Besides the airports, there are other travel options available (check left side).

There are several Unesco world heritage sites nearby. The closest heritage site in United Kingdom is Blaenavon Industrial Landscape in a distance of 45 mi (or 73 km), East. Also, if you like golfing, there are a few options in driving distance. Looking for a place to stay? we compiled a list of available hotels close to the map centre further down the page.

When in this area, you might want to pay a visit to some of the following locations: Landore, Morriston, Clydach, Bishopston and Pennard. To further explore this place, just scroll down and browse the available info. 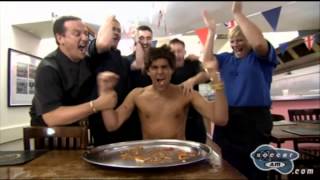 Soccer AM Away Days - Swansea

Frankie Fryer checks out all the sights for a Swansea Away Day. 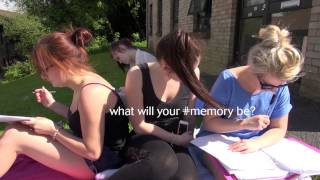 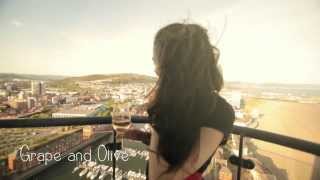 http://www.visitswanseabay.com - get away on a romantic break in our neck of the UK, where moments last forever. Make the weekend last a lifetime, Visit Swansea Bay. 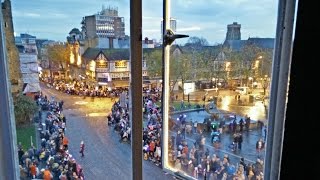 Just a video of this year's parade. Shot from my kitchen overlooking the top of Wind Street and Castle Gardens. 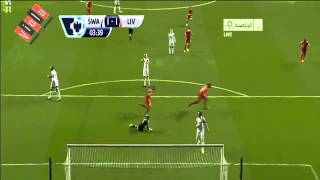 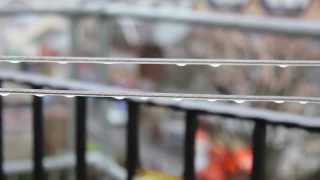 Catching Sunny Swansea, Runner up to Hull for City of Culture. "They say in Swansea if you don't like the weather wait twenty minutes. because thats how often the trains leave. Swansea... 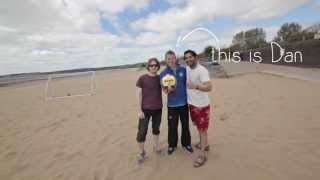 http://www.visitswanseabay.com - start your adventure with an activity holiday in the UK. Make the weekend last a lifetime, Visit Swansea Bay. 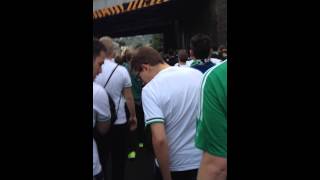 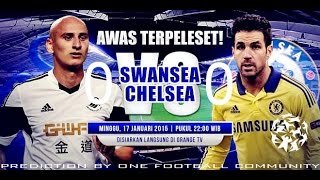 Swansea Castle was founded by Henry de Beaumont in 1106 as the caput of the lordship of Gower, in Swansea, Wales.

Located at 51.6203, -3.9412 (Lat. / Lng.), about 0 miles away.
Wikipedia Article
Castles in Swansea, Defunct prisons in Swansea, Grade I listed buildings in Swansea, Castle ruins in Wales

The LC is a leisure centre located in the city centre of Swansea, Wales, UK. Originally Swansea Leisure Centre, the rebranded facility re-opened to the public on 1 March 2008 after a £32 million makeover. The LC's exterior has been revitalised by replacing the old concrete panels with clear glass, translucent glazing and timber panelling.

The Quadrant Shopping Centre is the principal under-cover shopping centre in Swansea, Wales. The centre opened in 1979. Since the 1980s it has been home to the Swansea Devil, a controversial carved wooden statue of the Devil. The centre and surrounding areas are owned by the City and County of Swansea council.

St Mary's Collegiate and Parish Church is an Anglican Church in the centre of Swansea, Wales, UK. There was a church on the site of St Mary's since circa 1328, erected by Henry de Gower, Bishop of Saint David's. One Sunday morning, in 1739, the roof of the nave collapsed into the church. Fortunately this was before the waiting congregation entered the building. The whole structure was re-built apart from the tower. 1822 saw the church being lit by gas for the first time with thirty six lamps.

The old Swansea Central Library in Swansea in Britain was a public lending and reference library located in Alexandra Road, in the Swansea city centre. The old library building is now occupied by Swansea Metropolitan University's Welsh School of Architectural Glass.

The Plantasia is a large public hothouse, located in the Parc Tawe retail park, Swansea, Wales that opened in 1990.

This article is about the shopping centre in Swansea. For the shopping centre of the same name in Cardiff, see St. David's (Cardiff) St. David's Shopping Centre is a shopping complex in Swansea, south Wales. The complex is located adjacent to the Quadrant Shopping Centre and opposite St Mary's Church. Completed in 1982, the complex has thus far been fairly unsuccessful, in terms of filling its outlet spaces and retaining customers.

Parc Tawe is a retail park and leisure area in Swansea, Wales. It is located in the eastern area of the city centre on the west bank of the River Tawe in the Lower Swansea valley. The area includes "out-of-town" style stores with car parks located outside the shopping area. A highly visible building in the area is the Plantasia - a large triangular tropical plant house. Entertainment in the area include a 10 screen Odeon cinema and a ten pin bowling alley.

Located at 51.6217, -3.93917 (Lat. / Lng.), about 0 miles away.
Wikipedia Article
Shopping in Swansea, Buildings and structures in Swansea, Retail parks in the United Kingdom

The Castle Cinema is a former cinema building located adjacent to the grounds of Swansea Castle in Swansea, south Wales. According to Kinematograph year book of 1914 the Castle opened in October 1913. It was the only building left standing in Swansea's Castle Street vicinity after the Nazi German Luftwaffe bombing raids during the Second World War. It is a grade II listed structure. In 1963 the Castle Cinema changed its manager (Mr.

Swansea Central police station is a 21st-century-designed building, located on the former Swansea Fire Station site in Alexandra Road, near Swansea Magistrates Court, Swansea. The police station is the area headquarters for the Western Division of South Wales Police.

The BT Tower is located near Swansea Castle and is the second tallest building in Swansea after The Tower, Meridian Quay. It has 13 floors and is 63m/206.64 ft high. Completed in 1970, it is used as an office building for BT Group plc, its original developer.

These are some bigger and more relevant cities in the wider vivinity of Swansea.