Llangathen in Carmarthenshire (Wales) is a city in United Kingdom about 170 mi (or 274 km) west of London, the country's capital city.

Local time in Llangathen is now 08:54 AM (Tuesday). The local timezone is named Europe / London with an UTC offset of zero hours. We know of 10 airports in the vicinity of Llangathen, of which 5 are larger airports. The closest airport in United Kingdom is Swansea Airport in a distance of 19 mi (or 31 km), South. Besides the airports, there are other travel options available (check left side).

There are several Unesco world heritage sites nearby. The closest heritage site in United Kingdom is Blaenavon Industrial Landscape in a distance of 49 mi (or 79 km), East. Also, if you like golfing, there are a few options in driving distance. Looking for a place to stay? we compiled a list of available hotels close to the map centre further down the page.

When in this area, you might want to pay a visit to some of the following locations: Llanfynydd, Llansawel, Llanddarog, Llansadwrn and Morriston. To further explore this place, just scroll down and browse the available info. 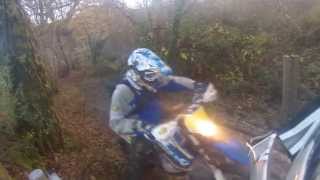 Snow overnight, bright sunshine in the morning - perfect! Cracking good stills, some interesting movies - at least 3 tractors, some sheep, some mountains. One of tractors looks like a Case/Intern... 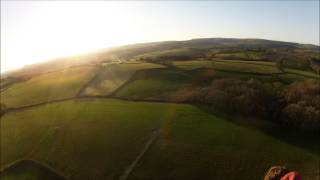 Balloon flight in the setting sun from Llanfynydd to Gelli Aur College Farm on the bank of the River Towy. 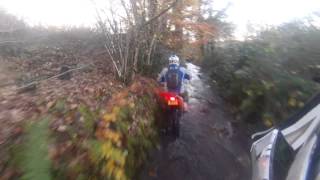 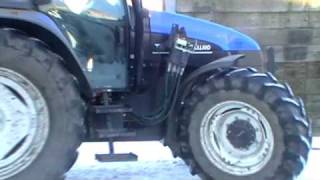 Feeding Cattle at -15C. NewHolland TS115 plus Snow and Ice!

It's cold. Yes, but really cold after two weeks of frost and snow, and the cattle are glad to be inside. Sheep are still out, but they are being fed silage and they each are wearing a warm... 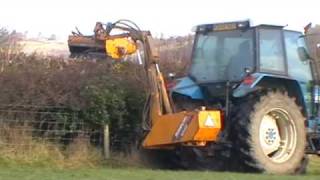 Here is the Guv'nor attacking his hedges with the Ford 5640 Tractor and a Bomford mounted hedge-cutter. Been a slight snowfall, and a heavy frost so everything is looking good. The scenery... 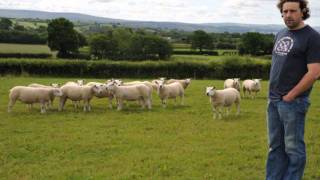 A top UK Texel Breeder discusses his strategy for giving selenium, iodine and cobalt to optimise growth rates and fertility. 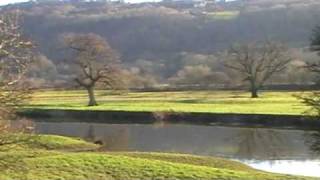 Another fine day, another walk to the castle at Dryslwyn and more - NH Tractor on road, with scrap, it appeared. Another spreading yuk in the distance on very wet land. Hundreds of Geese... 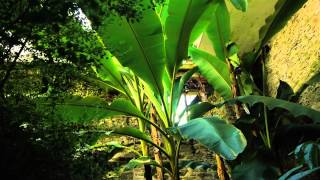 Aberglasney Gardens is spectacularly set in the beautiful Tywi Valley of Carmarthenshire in West Wales. Open 364 days of the year this renowned plantsman's paradise has a unique Elizabethan... 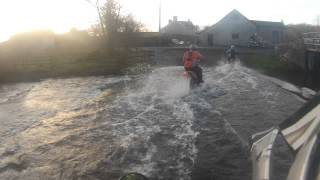 Dinefwr Castle (sometimes anglicized as Dynevor) is a Welsh castle overlooking the River Tywi near the town of Llandeilo, Carmarthenshire, Wales. It lies on a ridge on the northern bank of the Tywi, with a steep drop of several hundred feet to the river. Dinefwr was the chief seat of the Principality of Deheubarth.

Aberglasney House and Gardens is a medieval house and gardens set in the Tywi valley, Carmarthenshire, West Wales. It is owned and run by Aberglasney Restoration Trust, a registered charity.

Llangathen is a community located in Carmarthenshire, Wales.

Dinefwr Park National Nature Reserve lies about 1.5 kilometres from the centre of Llandeilo in Carmarthenshire. The only parkland National Nature Reserve in Wales, it has valley views and a chance to see fallow deer and rare white park cattle throughout the year. The latter have been present in the area for over a thousand years, and make appearances in certain Welsh medieval texts.

Ffynnon-ddrain is a settlement in Carmarthenshire, Wales, United Kingdom.

Golden Grove or Gelli Aur is a country park with 60 acres of wooded parkland surrounding a mansion. It was once the home of the Vaughan and Cawdor families. The park now features a number of nature trails, a 20-acre deer park, a 10-acre Aboretum planted in the 1860s, the tearooms and the mansion. The park is managed by Carmarthenshire County Council. The Mansion features crow stepped gables, a battlemented portico and tall polygonal chimney stacks.

Cathinog (also spelt Catheiniog, Cetheiniog) was a hundred, a geographic division, in the traditional county of Carmarthenshire, Wales. Its name derives from St. Cathen, a local saint to whom a church is dedicated in Llangathen.

Golden Grove is a mansion and estate in the Welsh county of Carmarthenshire located 4 miles southwest of Llandeilo.

These are some bigger and more relevant cities in the wider vivinity of Llangathen.

This place is known by different names. Here the ones we know:
Llangathen