Local time in York is now 05:42 PM (Wednesday). The local timezone is named Europe / London with an UTC offset of one hour. We know of 11 airports in the vicinity of York, of which 5 are larger airports. The closest airport in United Kingdom is RAF Linton-On-Ouse in a distance of 9 mi (or 15 km), North-West. Besides the airports, there are other travel options available (check left side).

There are several Unesco world heritage sites nearby. The closest heritage site in United Kingdom is Studley Royal Park including the Ruins of Fountains Abbey in a distance of 29 mi (or 46 km), North-East. Also, if you like golfing, there are a few options in driving distance. Looking for a place to stay? we compiled a list of available hotels close to the map centre further down the page.

When in this area, you might want to pay a visit to some of the following locations: Fulford, Heslington, Bishopthorpe, Huntington and Wigginton. To further explore this place, just scroll down and browse the available info. 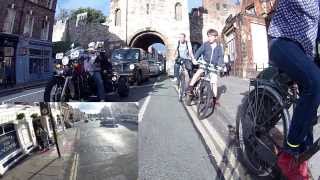 Cycling is interesting in York

http://bluemeanie.org/?/weblog/cycling-is-interesting-in-york/ You see some interesting people, and behaviour... 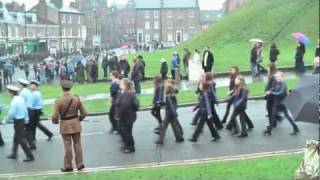 York Remembrance Day Parade (2011), York, England, Parade led by The Band of the Yorkshire Regiment. Parade starts at York Castle (Clifford's Tower), crosses the River Ouse and ends at the...

A brief video showing some of York's splendid Jorvik Centre. 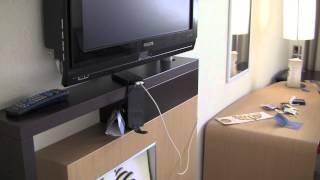 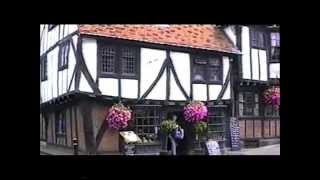 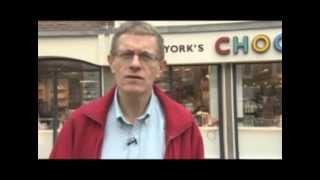 48 hours in York with Simon Calder, The Independent

Senior Travel Editor of The Independent and esteemed travel journalist Simon Calder shares his top tips for spending 48 hours in York. Featuring his ideas on where to stay, things to see and... 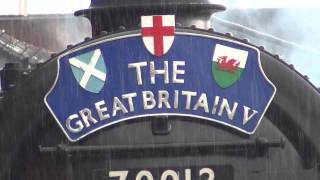 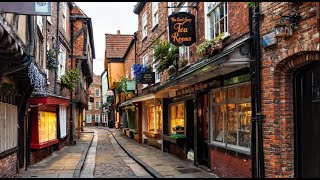 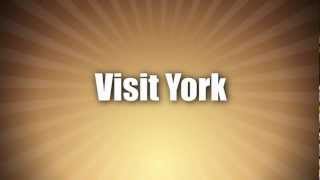 Prince of Wales's Own Regiment of Yorkshire

The Royal Dragoon Guards (RDG) is a cavalry regiment of the British Army. It was formed in 1992 by the amalgamation of two other regiments: The 4th/7th Royal Dragoon Guards and the 5th Royal Inniskilling Dragoon Guards. The Regiment currently serves in the armoured role, equipped with the Challenger 2 main battle tank and Combat Vehicle Reconnaissance (tracked) Scimitar and is based in Catterick, North Yorkshire.

York Dungeon is a tourist attraction in York, England. York Dungeon depicts history of the dungeon using actor led shows, special effects and displays of models and objects. This dungeon is closed right now due to severe flooding.

The Siege of York in 1644 was a prolonged contest for York during the English Civil War, between the Scottish Covenanter Army and the Parliamentarian Armies of the Northern Association and Eastern Association on the one hand, and the Royalist Army under the Marquess of Newcastle on the other. It lasted from 22 April until 1 July when the city was relieved by Prince Rupert of the Rhine.

York Outer is a county constituency represented in the House of Commons of the Parliament of the United Kingdom. It elects one Member of Parliament (MP) by the first past the post system of election. Following its review of parliamentary representation in North Yorkshire and the City of York, the Boundary Commission for England have recommended the creation of two new constituencies for the City of York which means the abolition of Vale of York, City of York and Selby seats.

York Central is a parliamentary constituency which is represented in the House of Commons of the UK Parliament by Hugh Bayley of the Labour Party and is currently the only constituency in North Yorkshire not represented by Conservatives.

York was a rural sanitary district in Yorkshire, England until 1894. It was based on the York poor law union (minus the City of York itself, which was an urban sanitary district), and included parishes in the West Riding, the North Riding and the East Riding, forming a ring around the city. It was abolished in 1894 under the Local Government Act 1894, and split to form rural districts.

Located at 53.958, -1.082 (Lat. / Lng.), about 0 miles away.
Wikipedia Article
Former subdivisions of England, History of local government in Yorkshire

York had around forty-five parish churches in 1300. Twenty survive, in whole or in part, a number surpassed in England only by Norwich, and twelve are currently used for worship. This article consists of, first, a list of medieval churches which still exist in whole or in part, and, second, a list of medieval churches which are known to have existed in the past but have been completely demolished.

The Snickelways of York, often misspelt Snickleways, are a collection of small streets and footpaths in the city of York, England. The word Snickelway was coined by local author Mark W. Jones in 1983 in his book A Walk Around the Snickelways of York, and is a portmanteau of the words snicket, meaning a passageway between walls or fences, ginnel, a narrow passageway between or through buildings, and alleyway, a narrow street or lane.

The Grand Opera House is a theatre in York, England. It is operated as part of the Ambassador Theatre Group. It plays host to touring productions of plays, musicals, opera and ballet, one-off performances by comedians, and other theatrical and musical events. The theatre has been designated a Grade II listed building by English Heritage.

The Jorvik Viking Centre is a museum and visitor attraction in York, England. It was created by the York Archaeological Trust in 1984.

These are some bigger and more relevant cities in the wider vivinity of York.