Time in Exeter is now 06:21 AM (Saturday). The local timezone is named Europe / London with an UTC offset of zero hours. We know of 8 airports closer to Exeter, of which 3 are larger airports. The closest airport in United Kingdom is Exeter International Airport in a distance of 5 mi (or 8 km), East. Besides the airports, there are other travel options available (check left side).

There are two Unesco world heritage sites nearby. The closest heritage site in United Kingdom is Cornwall and West Devon Mining Landscape in a distance of 63 mi (or 101 km), South-West. Also, if you like the game of golf, there are some options within driving distance. We saw 2 points of interest near this location. In need of a room? We compiled a list of available hotels close to the map centre further down the page.

Since you are here already, you might want to pay a visit to some of the following locations: Bickleigh, Torquay, Taunton, Plymouth and Wick. To further explore this place, just scroll down and browse the available info. 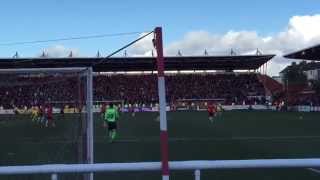 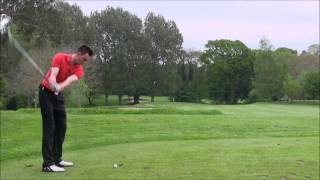 TWITTER - https://twitter.com/HarryFlowerGolf Video Taking you guys through holes 5,6 & 7 here at Exeter Golf & Country Club... explaining what i'm thinking and how i go about playing the... 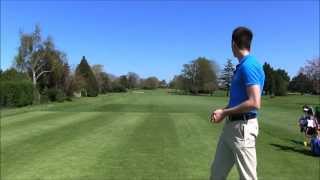 TWITTER - https://twitter.com/HarryFlowerGolf Just a quick 3 hole course Vlog at Exeter golf and country club, explaining what i'm think as i go around the course. US CLOTHES SHOP: http://harryfl... 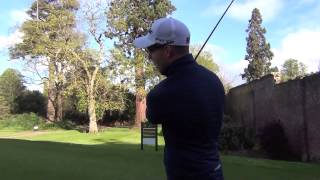 Final part of Steve Buzza's and Ben Martin's match around Exeter Golf and Country Club. Watch as the guys continue to battle the wind. Follow the Buzzman on Twitter @SteveBuzzaGolf. 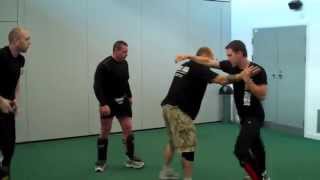 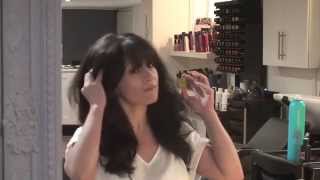 Hi, in this video I show you how to create big volumous hair, something that many of you have been asking me for. There are many ways to add volume to your hair but this is easier if you struggle... 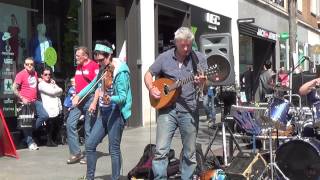 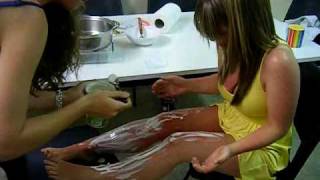 Crazy first year at Exeter- what we did instead of essays.. Halls: James Owen Court Made on Windows Movie Maker Songs: The Middle by Jimmy Eat World Just Getting Started... 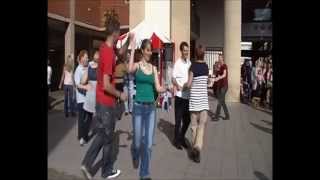 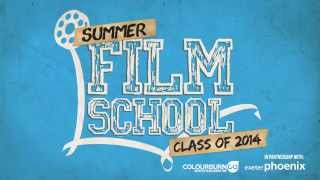 Rougemont Castle, also known as Exeter Castle, is the historic castle of the city of Exeter, Devon, England. It was built into the northern corner of the Roman city walls starting in or shortly after the year 1068, following Exeter's rebellion against William the Conqueror. In 1136 it was besieged for three months by King Stephen. An outer bailey, of which little now remains, was added later in the 12th century.

Located at 50.7257, -3.53006 (Lat. / Lng.), about 0 miles away.
Wikipedia Article
Castles in Devon, History of Exeter, Buildings and structures in Exeter, Visitor attractions in Devon, 1068 establishments, Ruins in Devon, Grade I listed buildings in Devon, Geology of Devon

The Barnfield Theatre in Exeter, England was originally built as The Barnfield Hall near the end of the 19th century by Exeter Literary Society and converted to a theatre in 1972, and is located near the centre of the city on Barnfield Road, Southernhay. Today the theatre is operated as a charity and is used as a venue for amateur and professional theatrical companies.

The Diocese of Exeter is a Church of England diocese covering the county of Devon. It is one of the largest dioceses in England. The Cathedral Church of Saint Peter in Exeter is the seat of the diocesan bishop, the Right Reverend Michael Langrish, Bishop of Exeter. It is part of the Province of Canterbury. The bishop is assisted in his duties by two suffragan bishops: the Bishop of Crediton and the Bishop of Plymouth.

The Theatre Royal, Exeter was the name of several theatres situated in the city centre of Exeter, Devon, England in the United Kingdom.

Princesshay is a shopping precinct in the city of Exeter, Devon, England. It was built in the early 1950s to replace buildings that had been severely damaged in the World War II Baedeker Blitz. From 2005 the precinct and some surrounding buildings were demolished and rebuilt as a new shopping centre that opened in September 2007.

Rougemont Gardens is an ornamental open space adjacent to Rougemont Castle in the city of Exeter, Devon, England. Originally part of the defences of the castle, it was converted into a garden in the late 18th century, and purchased by the city council in 1912.

The Exeter bombing was a failed attack which happened on 22 May 2008, at the Giraffe cafe and restaurant in Princesshay, Exeter, United Kingdom. Nicky Reilly, 22, a Muslim convert from Plymouth, pleaded guilty to launching a failed suicide attack on 15 October. The bomber was the only person injured.

The Siege of Exeter occurred in 1068 when William I marched a combined army of Normans and Englishmen loyal to the king west to force the submission of Exeter, a stronghold of Anglo-Saxon resistance against Norman rule. After the Norman Conquest, the Saxons of Devon, Somerset and Dorset rallied at Exeter in support of the remnants of the Godwin family.

Exeter Black Friary was a Dominican friary in Devon, England.

Located at 50.7238, -3.52823 (Lat. / Lng.), about 0 miles away.
Wikipedia Article
Monasteries in Devon, Buildings and structures in Exeter, History of Exeter, Dominican monasteries in England

Exeter Guildhall in High Street, Exeter, Devon, England has been the centre of civic government for the city for at least 600 years. Much of the fabric of the building is medieval, though the elaborate frontage was added in the 1590s and the interior was extensively restored in the 19th century. It is now a Grade I listed building and is still used for a range of civic functions.

George's Chapel or George's Meeting House was built in 1760 (the year of the coronation of George III) as a Presbyterian chapel. It was sold in 1987 and first became an antiques centre before being sold to JD Wetherspoon, who re-opened it as a pub in 2005, preserving many of the original features. It is a grade I listed building.

The area of Cathedral Close, Exeter has been in the centre of Exeter, England, since Roman times when there was a basilica and a bath house in this area. A church was established here by the seventh century when a young Saint Boniface came from Crediton to study. The area was walled after 1283 and seven gates into the yard were created. The gates included one at St Petrocks and the original grand entrance into the yard - Broadgate. This created the cathedral close.

These districts belong to Exeter.

These are districts that are close by, but belong to a different city than Exeter.

These are some bigger and more relevant cities in the wider vivinity of Exeter.