Current time in Pentyrch is now 09:24 AM (Friday). The local timezone is named Europe / London with an UTC offset of one hour. We know of 8 airports near Pentyrch, of which 3 are larger airports. The closest airport in United Kingdom is Cardiff International Airport in a distance of 9 mi (or 15 km), South. Besides the airports, there are other travel options available (check left side).

There are several Unesco world heritage sites nearby. The closest heritage site in United Kingdom is Blaenavon Industrial Landscape in a distance of 24 mi (or 38 km), North-East. Also, if you like playing golf, there are a few options in driving distance. We discovered 1 points of interest in the vicinity of this place. Looking for a place to stay? we compiled a list of available hotels close to the map centre further down the page.

When in this area, you might want to pay a visit to some of the following locations: Llantrisant, Maesycwmmer, Nelson, Cardiff and Ystrad Mynach. To further explore this place, just scroll down and browse the available info. 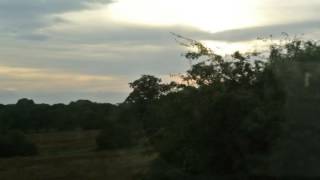 The sunsetting over Pentyrch. Filmed on a Nikon 1 using interval timing. 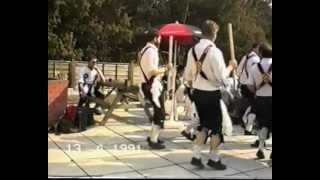 Cardiff Morrismen dancing in the garden of The King's Arms, Pentyrch on that year's Cardiff Ladies / Hammersmith Morris tour on 13th April, 1991. Notable in particular for the first recorded... 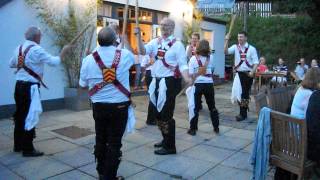 Caerdydd is the Welsh name for Cardiff. Translated literally from Welsh to English Caerdydd can be taken to mean 'caer' : fort and 'dydd' : day. This has led... 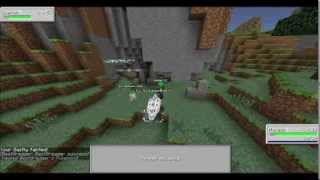 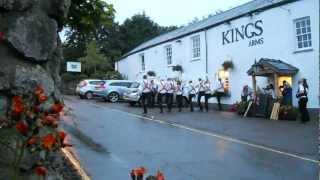 Jockey is an old diminutive of the name 'Jock'. The character of the Duke of Norfolk in the play 'Richard the Third' is once referred to as Jockey. This happ... 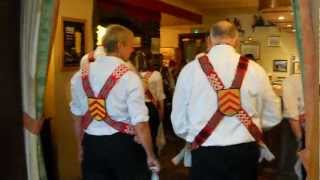 One of the founding members of the Order of the Garter was Jean de Grailly. If you think that that is quite a French sounding name for a founder of an Englis... 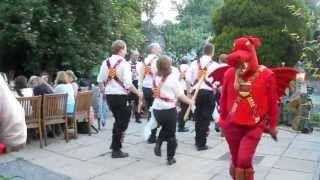 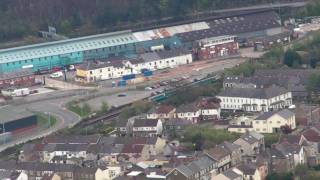 A Spring day out walking on the Garth Mountain by Gwaelod-y-Garth nr Cardiff. Just scraping into the official mountain category, Garth Mountain is a mountain north of Pentyrch village, south... 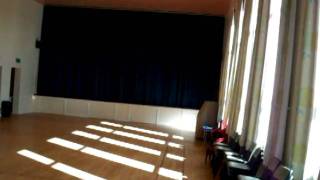 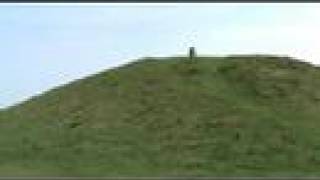 Tumuli on the Garth Mountain

Views of the early/middle Bronze Age Round Barrows (burial mounds) circa 2000BC on the Garth Mountain near Pentyrch, Cardiiff. The place which is alleged to be Ffynon Garw in the book and...

Real Radio Wales is a regional radio station broadcasting from studios at Morganstown in Cardiff on various FM frequencies, DAB via the MXR Severn Estuary multiplex and across the UK on digital satellite TV. Global Radio acquired GMG Radio on 25 June 2012 with Real Radio now operated in a "hold separate" situation known as Real and Smooth Ltd.

Treforest Estate railway station is a small railway station built to serve the workers of Treforest Industrial Estate. It is located on the Merthyr Line,Bad rounding here{{#invoke:Math|precision_format| 14*1,000/1,609.344 | 1-0 }} miles (14 km) north west of Cardiff Central. Passenger services are provided by Arriva Trains Wales. Previously the station was a request stop only. However, recently the station has become a scheduled stop for trains to and from Merthyr Tydfil only.

Taffs Well railway station is a railway station serving the village of Taff's Well, Rhondda Cynon Taf, Wales, as well as neighbouring Gwaelod-y-Garth, Cardiff. It is located on the Merthyr Line and the Rhondda Line. Passenger services are provided by Arriva Trains Wales. The station was first opened on this site by the Taff Vale Railway in 1863.

The A4232, which is also known either as the Peripheral Distributor Road (PDR) (Welsh: Ffordd Ddosbarthu Ymylol) or the Cardiff Link Road (Welsh: Ffordd Gyswllt Caerdydd), is a distributor road in Cardiff, the capital of Wales. The first section of the PDR to be completed was the Southern Way Link Road in 1978 and the last section was the Butetown Link Road in 1995. The final section, the Eastern Bay Link Road, is yet to be built, with no date when construction may start.

Located at 51.5065, -3.31043 (Lat. / Lng.), about 2 miles away.
Wikipedia Article
Roads in Wales, Transport in Cardiff, Transport in the Vale of Glamorgan, Proposed roads in the United Kingdom

Creigiau & St. Fagans is an electoral ward of Cardiff, Wales. The ward covers the village of St. Fagans and a part of the village of Pentyrch and the surrounding rural areas. The ward falls within the parliamentary constituency of Cardiff West. It is bounded by Rhondda Cynon Taff to the northwest; Pentyrch and Radyr & Morganstown to the northeast; Llandaff and Fairwater to the east; Ely to the southeast; and the Vale of Glamorgan to the southwest

Nantgarw Colliery was a coal mine located in the village on Nantgarw, Mid Glamorgan located just north of Cardiff. Opened in 1910, it closed in 1986. The site is now redeveloped as the industrial estate Parc Nantgarw.

Parc-y-Dwrlyn Ground is a cricket ground in Pentyrch, Glamorgan. The first recorded match on the ground was in 1993, when Glamorgan played Northamptonshire in a List-A match in the 1993 AXA Equity and Law League. In local domestic cricket, the ground is the home venue of Pentyrch Cricket Club who play in the South Wales Cricket League.

Walnut Tree Viaduct was a railway viaduct located above the northern edge of the village of Radyr, in Cardiff, South Wales. Originally built to carry the Barry Railway across the River Taff, it was deconstructed in 1969, leaving only two of the support columns visible from the A470 road.

These are some bigger and more relevant cities in the wider vivinity of Pentyrch.

This place is known by different names. Here the ones we know:
Pentyrch