Congresbury in North Somerset (England) with it's 3,078 citizens is a town in United Kingdom about 116 mi (or 187 km) west of London, the country's capital city.

Current time in Congresbury is now 05:26 PM (Wednesday). The local timezone is named Europe / London with an UTC offset of one hour. We know of 10 airports near Congresbury, of which 5 are larger airports. The closest airport in United Kingdom is Bristol International Airport in a distance of 4 mi (or 6 km), East. Besides the airports, there are other travel options available (check left side).

There are several Unesco world heritage sites nearby. The closest heritage site in United Kingdom is Blaenavon Industrial Landscape in a distance of 28 mi (or 46 km), North. Also, if you like playing golf, there are a few options in driving distance. We discovered 2 points of interest in the vicinity of this place. Looking for a place to stay? we compiled a list of available hotels close to the map centre further down the page.

When in this area, you might want to pay a visit to some of the following locations: Yatton, Churchill, Brockley, Kingston Seymour and Kenn. To further explore this place, just scroll down and browse the available info. 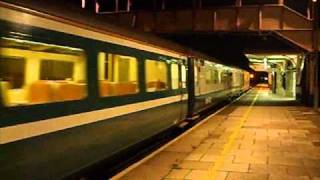 Trains At Speed at Yatton Station

Trains At Speed at Yatton Station (in Somerset, England, UK) on a fine, sunny evening. Including some stopping trains and loco-hauled trains (and a curious formation with Class 67s. Top... 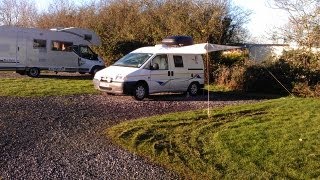 Another camping trip in my little scudo camper to Rooksbridge at Acacia farm c&cc cs site. 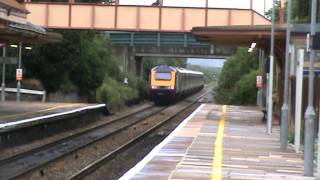 This is a quick video I did early hours in the morning at Yatton station on 25th June 2011. We see at this time in the morning three diesal hauled railtours running throw heading for Penzance.... 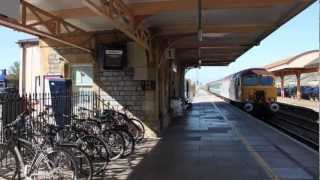 Looking to live in North Somerset the village of Yatton with easy access to the M5 and rail links to Bristol and London could be your ideal location. 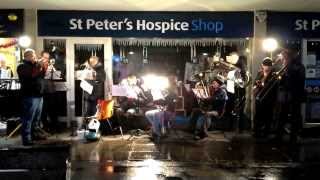 Watch as Congresbury Brass Band play seasonal tunes during the Christmas lights switch on at Pages Court Yatton, North Somerset on the 7th of December 2013. Look out for Father Christmas too! 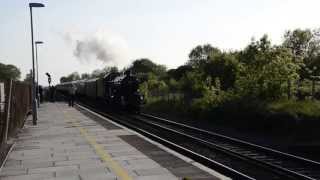 The Earl of Mount Edgcumbe 5043 passing though Yatton station on the return journey of The Whistling Ghost tour from Birmingham to Minehead run by Vintage Trains Ltd. 25/05/13. 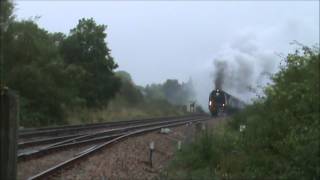 34067 Tangmere easing out from Yatton Station towards Yatton Loop as it hauls The Royal Duchy tour to Par Cornwall from Bristol on Sunday 2nd September 2012. 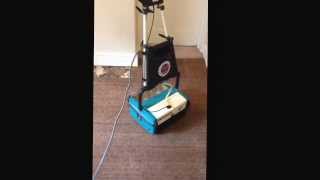 carpet cleaning in Yatton Somerset http://www.ksw-services.co.uk/ This video will show you how Ksw services clean a carpet the right way. Call us today to save money. 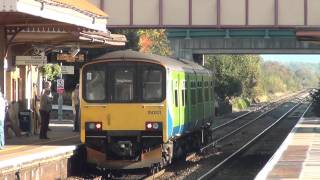 This is a quick video i did of Yatton Station on 22nd October 2011. Clips i god wile i was waiting for the Devonian to go throw. Thanks to JBTEvans. 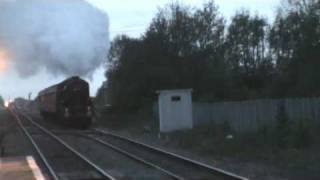 6024 King Edward I on Royal Duchy at Yatton

this is a quick video of 6024 King Edward I on the Ryal Duchy at yatton on the 01-05-2010. we first see normal sevices running throw befor we see what we been waiting for. the king getting...

Cleeve Heronry is a heronry in a woodland near the village of Cleeve in North Somerset. 40 nests were counted in 1994. 47 nests in 2007. CCTV from one of the nests can be viewed at Cleeve Nursery in Spring while the birds are raising chicks. An area of 3.2 hectares is owned by Avon Wildlife Trust.

Congresbury railway station was a station at Congresbury on the Bristol and Exeter Railway's Cheddar Valley line in Somerset and the junction for the Wrington Vale Light Railway to Blagdon. The station was opened with the broad gauge line to Cheddar in August 1869 as a single-platform station. The railway was extended to Wells in 1870, converted to standard gauge in the mid-1870s and then linked up to the East Somerset Railway to provide through services from Yatton to Witham in 1878.

Sandford and Banwell railway station was a station on the Bristol and Exeter Railway's Cheddar Valley line in Sandford, Somerset, England. The station is a Grade II listed building. The station can be viewed from the Strawberry Line Trail, which runs adjacent to the site.

These are some bigger and more relevant cities in the wider vivinity of Congresbury.