Pyle in Bridgend county borough (Wales) with it's 13,701 citizens is a town in United Kingdom about 154 mi (or 247 km) west of London, the country's capital city.

Current time in Pyle is now 01:22 AM (Tuesday). The local timezone is named Europe / London with an UTC offset of one hour. We know of 8 airports near Pyle, of which 3 are larger airports. The closest airport in United Kingdom is MOD St. Athan in a distance of 14 mi (or 22 km), South-East. Besides the airports, there are other travel options available (check left side).

There are several Unesco world heritage sites nearby. The closest heritage site in United Kingdom is Blaenavon Industrial Landscape in a distance of 38 mi (or 62 km), North-East. Also, if you like playing golf, there are a few options in driving distance.

When in this area, you might want to pay a visit to some of the following locations: Cefn Cribwr, Merthyr Mawr, Bryn, Port Talbot and Bridgend. To further explore this place, just scroll down and browse the available info. 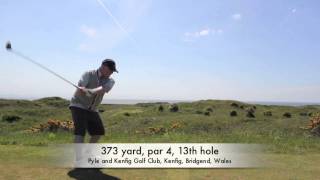 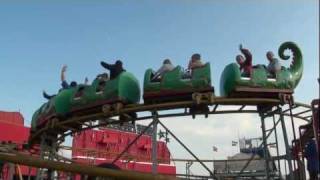 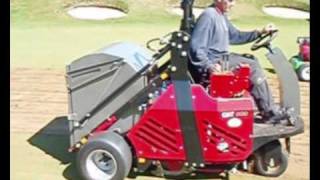 Turfmech CAT800 in use at Pyle & Kenfig Golf Club 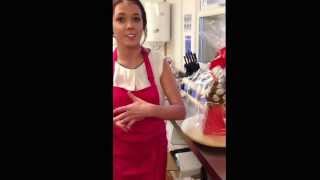 In this video by http://www.fruitybouquetstraining.com/, Kirsty talks about her training with Fruity Bouquets, and what she plans to use it for. At Pyle Garden Centre, Kirsty has found her... 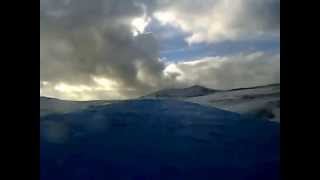 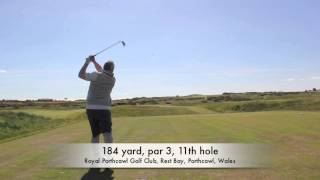 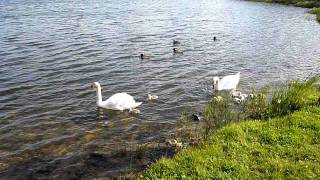 Territory. Mute swans which live in Britain, Ireland and France are mainly resident and usually do not travel very far. Some birds leave their breeding terri... 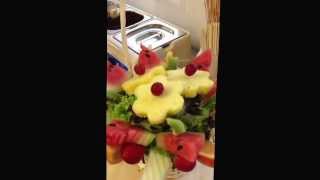 Fruity Bouquets Training - Training to License Your Own Business in Cardiff, Newport & Pontypridd

In this short video by http://www.fruitybouquetstraining.com/, you can see a snippet of what you can learn on a Fruity Bouquets training course. Kirsty took ... 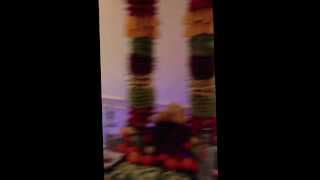 Wedding with Fruity Bouquets - Displays and centrepieces for weddings in Bridgend, Swansea & Cardiff

In this video by http://www.fruitybouquets.co.uk/, Jan talks you through a number of products and arrangements that Fruity Bouquets can supply for weddings or events. On this occasion, in... 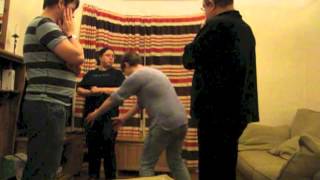 Kenfig is a village and former borough in Bridgend, Wales. The borough contributed with other Glamorgan towns to sending a member of parliament to Westminster until the Reform Act of 1832. The municipal ceremonial mace is in the National Museum of Wales but a pewter copy is on view in a public house. The area was originally settled in the Bronze Age, while the later mediaeval town is now covered by the Kenfig Burrows sand dunes.

Nottage is a small village near Porthcawl in Bridgend County Borough, Wales.

Pyle railway station is a minor station in Pyle in Bridgend county borough, South Wales. The station is located at street level at Beach Road in Pyle. It is a stop on the South Wales Main Line, served by the Arriva Trains Wales Swanline Swansea to Cardiff Central regional train. These services are generally every 2 Hours during the day, with additional trains during the morning and evening peak.

Cornelly is a community in Bridgend County Borough, South Wales. In 2001, the population of the Cornelly ward was 5,982. The community includes two villages, North Cornelly and South Cornelly, and it is bisected by the A48 and M4. Sand dunes in the area conceal the walled town of Kenfig, founded in the 1120s and overwhelmed in the late 14th century. Another notable local feature is Sker House, a historic building which overlooks the dunes.

The former Royal Air Force Stormy Down, commonly known as RAF Stormy Down, was a World War II Royal Air Force airfield near Pyle, Bridgend (county borough) opened in 1940. It was an armament training school for the RAF then after they departed the French took the station over and later American forces were also stationed at 'Stormy'. Flying ceased in August 1944 due to the dangerous grass landing strip.

Kenfig Castle is a ruined castle in Bridgend County Borough in Wales that came to prominence after the Anglo-Norman invasion of Wales in the late eleventh century. An early reference to a castle at Kenfig can be found in 1080, when Iestyn ap Gwrgan was said to have refortified it, but probably this was a different structure to that raised alongside the town that developed there in the mid-twelfth century.

Kenfig Pool is a National Nature Reserve situated near Porthcawl, Bridgend. Wild storms and huge tides between the 13th and 15th centuries are mainly responsible for creating the Kenfig dunes near Porthcawl, as they threw vast quantities of sand up over the Glamorgan coast. This buried the nearby borough of Kenfig, and its castle, of which only the tower is still visible.

Royal Porthcawl Golf Club is a golf club located to the north of Porthcawl and bordering the Bristol Channel, in Wales. The club has hosted many prestigious tournaments including The Amateur Championship on six occasions, the Walker Cup in 1995, the Curtis Cup in 1964, the British Masters in 1961, and European Tour event, the Welsh Golf Classic in the early 1980s.

These are some bigger and more relevant cities in the wider vivinity of Pyle.

This place is known by different names. Here the ones we know:
Pyle