Sheffield in Sheffield (England) with it's 685,368 habitants is a city located in United Kingdom about 141 mi (or 227 km) north-west of London, the country's capital town.

Current time in Sheffield is now 02:09 PM (Tuesday). The local timezone is named Europe / London with an UTC offset of zero hours. We know of 9 airports closer to Sheffield, of which 5 are larger airports. The closest airport in United Kingdom is Robin Hood Doncaster Sheffield Airport in a distance of 20 mi (or 32 km), East. Besides the airports, there are other travel options available (check left side).

There are several Unesco world heritage sites nearby. The closest heritage site in United Kingdom is Liverpool – Maritime Mercantile City in a distance of 19 mi (or 31 km), East. Also, if you like playing golf, there are some options within driving distance. In need of a room? We compiled a list of available hotels close to the map centre further down the page.

Since you are here already, you might want to pay a visit to some of the following locations: Orgreave, Wentworth, Rotherham, Wortley and Bradfield. To further explore this place, just scroll down and browse the available info. 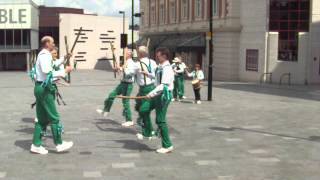 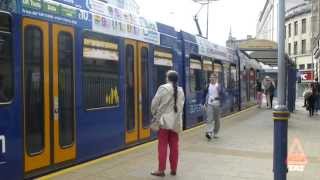 See the Supertram, climb hills as it heads out of town, towards Gleadless Townend. One of many Trams Are Tops films on the Sheffield Supertram. Filmed from inside and outside the trams. 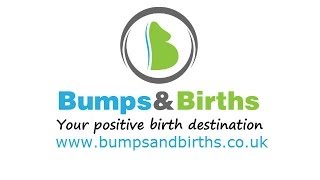 Antenatal Classes In Sheffield With Bumps And Births

Antenatal classes are available in Sheffield with Bumps And Births. Sessions are held in the city centre in a fantastic studio. Sessions involve peer support, gentle movement and education.... 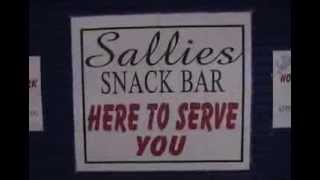 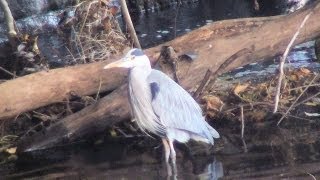 Heron at Lady's Bridge in Sheffield, October 2012. It must have cold feet!

While walking to the Harlequin pub in Sheffield in late October I found this stunning Heron sitting in the River Don at Lady's Bridge. I had seen this magnificent bird back in spring but it...

Estate Agents Sheffield | http://www.moveandsave.co.uk https://goo.gl/maps/3j0KJ Move & Save The No Commission Estate Agents.. call : 01143454647 for your free valuation Thinking of selling...

Sheffield Listen/ˈʃɛfiːld/ is a city and metropolitan borough in South Yorkshire, England. Its name derives from the River Sheaf, which runs through the city. Historically a part of the West Riding of Yorkshire, and with some of its southern suburbs annexed from Derbyshire, the city has grown from its largely industrial roots to encompass a wider economic base. The population of the City of Sheffield is 551,800 (2011 est.

The Sheffield and South Yorkshire Navigation (S&SY) is a system of navigable inland waterways (canals and canalised rivers) in South Yorkshire and Lincolnshire, England. Chiefly based on the River Don, it runs for a length of 43 miles (69 km) and has 27 locks. It connects Sheffield, Rotherham, and Doncaster with the River Trent at Keadby and the Aire and Calder Navigation.

Located at 53.3833, -1.46667 (Lat. / Lng.), about 0 miles away.
Wikipedia Article
Canals in Sheffield, Canals in Rotherham, History of Sheffield, River navigations in the United Kingdom

Castle Square is the plaza at the intersection of High Street, Angel Street, and Arundel Gate in the City of Sheffield, England. This name was given to the square in the 1960s to reflect the proximity of the square to the site of Sheffield Castle, which was formerly located a short distance to the north-east.

The Roman Catholic Diocese of Hallam is a diocese of the Latin Rite of the Roman Catholic church in England. The diocese comprises the whole of the City of Sheffield, and the surrounding towns of Rotherham, Doncaster, Barnsley, Chesterfield, the Peak District and areas of Bassetlaw and Retford. The Diocese was formed on 30 May 1980 by removing territory from the Diocese of Leeds and the Diocese of Nottingham and is one of the six suffragan sees in the ecclesiastical Province of Liverpool.

Sheffield is the most geographically diverse city in England. The city nestles in a natural amphitheatre created by a number of hills and the confluence of five rivers: Don, Sheaf, Rivelin, Loxley and Porter. As such, much of the city is built on hillsides, with views into the city centre or out to the countryside. The city is roughly one third urban, one third rural and one third in the Peak District.

The Boardwalk was a bar/nightclub based on the corner of Snig Hill and Bank Street, Sheffield, South Yorkshire, England. The venue played host to many up-and-coming home-grown bands, as well as smaller touring bands and cover acts. In November 2010, the landlord of the venue voluntarily placed the owning company into administration and closed the site indefinitely.

Fitzalan Square is a municipal square situated in the city centre of Sheffield in South Yorkshire, England. The present day square is one of the busiest areas of the city centre, with traffic and pedestrians continually moving through the area. It has a Sheffield Supertram stop and a taxi rank. This area of the city had been the market quarter since the medieval era and the modern square takes its name from the Fitzalan Market Hall, which stood near the site from 1786 to 1930.

Sheffield Old Town Hall stands on Waingate in central Sheffield, England, opposite Castle Market. The building was commissioned to replace Sheffield's first town hall, which had opened in 1700 to a design by William Renny. This first structure stood by the parish church, on a site with little prospect for extension. The Old Town Hall was built in 1807–8 by Charles Watson, and was designed to house not only the Town Trustees but also the Petty and Quarter Sessions.

High Street is one of the main thoroughfares and shopping areas in the city centre of Sheffield in South Yorkshire, England, located at the approximate grid reference of SK356874. High Street starts at the Commercial Street, Fitzalan Square and Haymarket junction and runs for approximately 400 metres west to conclude near the Sheffield Cathedral where it forms a Y-junction with Fargate and Church Street.

The O2 Academy Sheffield (formerly the Carling Academy Sheffield), is a live music venue in the centre of Sheffield, South Yorkshire, England. It is a £3m refurbishment of the former "Roxy Nightclub" and opened on 11 April 2008.

Victoria Hall is a Methodist place of worship situated on Norfolk Street in Sheffield city centre. It is the most important Methodist building in Sheffield and it is a Grade II listed building. It is a large many roomed building which stands between the side streets of Chapel Walk and George Street. Although the main entrance to the church is on Norfolk Street, there is a separate administration entrance on Chapel Walk.

These districts belong to Sheffield.

These are districts that are close by, but belong to a different city than Sheffield.

These are some bigger and more relevant cities in the wider vivinity of Sheffield.