Bradfield in Sheffield (England) is located in United Kingdom about 146 mi (or 234 km) north-west of London, the country's capital town.

Current time in Bradfield is now 06:32 PM (Sunday). The local timezone is named Europe / London with an UTC offset of one hour. We know of 8 airports close to Bradfield, of which 5 are larger airports. The closest airport in United Kingdom is Manchester Woodford Airport in a distance of 23 mi (or 37 km), West. Besides the airports, there are other travel options available (check left side).

There are several Unesco world heritage sites nearby. The closest heritage site in United Kingdom is Liverpool – Maritime Mercantile City in a distance of 24 mi (or 39 km), East. Also, if you like playing golf, there are some options within driving distance. If you need a hotel, we compiled a list of available hotels close to the map centre further down the page.

While being here, you might want to pay a visit to some of the following locations: Wortley, Penistone, Stainborough, Sheffield and Cawthorne. To further explore this place, just scroll down and browse the available info. 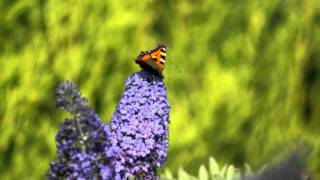 Butterflies of a Deepcar Garden

Account of the butterflies observed in a South Yorkshire,UK, garden, with numerous photographs and written commentary. No audio. 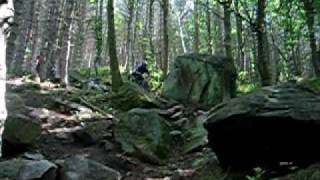 Squid doing a real tricky rocky section ending with a drop through a tree! 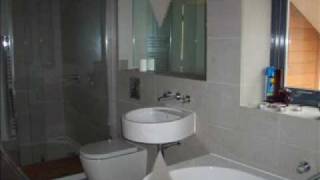 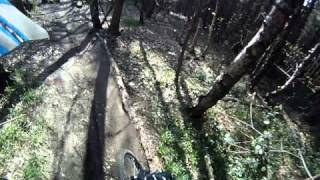 Great day at Wharncliffe Woods on the Fast Track run. 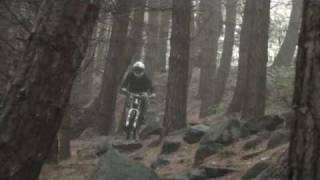 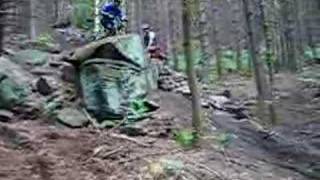 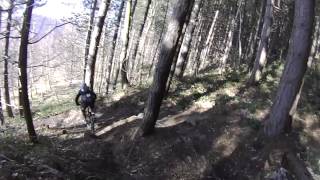 A day ride with Borys on hardtials in Wharncliffe Woods - Feb 19 2013. 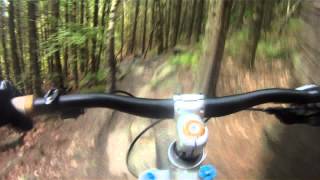 couldnt be bothered to push the bottom part on what was a rather hot day :P. 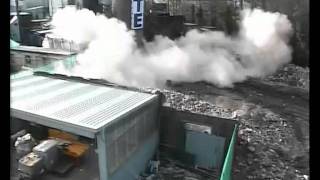 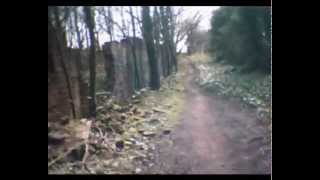 Low Bradfield is a village within the civil parish of Bradfield in South Yorkshire, England. It is situated within the boundary of the city of Sheffield in the upper part of the Loxley Valley, 6¼ miles west-northwest of the city centre and just inside the northeast boundary of the Peak District National Park. Low Bradfield and the surrounding area is noted for its attractive countryside which draws many visitors from the more urban parts of Sheffield.

The River Loxley is a river in the City of Sheffield South Yorkshire, England. Its source is a series of streams which rise some 10 miles in the north-west of Sheffield on Bradfield Moors, and converge at Low Bradfield. It flows easterly through Damflask Reservoir and is joined by Storrs Brook at Storrs, near Stannington, and the River Rivelin at Malin Bridge, before flowing into the River Don at Owlerton, in Hillsborough.

Damflask Reservoir is an English water feature situated at grid reference SK277907 five miles (eight kilometres) west of the centre of Sheffield in the Loxley valley close to the village of Low Bradfield and within the city's boundaries. The reservoir has a capacity of 4,250.9 million litres (1,123.1 million gallons) and has a surface area of 47 hectares (116 acres) with a maximum depth of 27 metres (88 ft).

Agden Reservoir is a water storage reservoir, situated at grid reference SK260925, 6.5 miles west of the centre of Sheffield, South Yorkshire, England. It is owned by Yorkshire Water which is part of the Kelda Group. The reservoir covers an area of 25 hectares and has a capacity of 559 million gallons (2.11x10 litres) of water, the dam wall has a width of approximately 350 metres with a height of 30 metres.

Located at 53.4286, -1.61017 (Lat. / Lng.), about 1 miles away.
Wikipedia Article
Reservoirs of the Peak District, Reservoirs in Yorkshire, Protected areas of South Yorkshire

Rivelin Rocks are a gritstone edge or escarpment that are situated in the upper Rivelin Valley at grid reference SK279873, 9 km west of Sheffield just off the A57 road in the county of South Yorkshire, England, United Kingdom.

The Church of St. Nicholas, Bradfield, is situated in the small village of High Bradfield which is located 6 miles north west of the centre of the city of Sheffield in South Yorkshire, England. It is one of only five Grade One Listed buildings in Sheffield. Apart from its historic architecture, the church is situated in a charming setting, 260 metres above sea level, giving fine views over the north eastern moors and valleys of the Peak District National Park.

Fair House Farmhouse is a 17th century building situated on Annet Lane in the village of Low Bradfield within the boundary of the City of Sheffield in South Yorkshire, England. The farmhouse is a Grade II* Listed Building while the stable and garage buildings immediately to the west of the main house are Grade II listed..

These are some bigger and more relevant cities in the wider vivinity of Bradfield.