Stoke-on-Trent in Stoke-on-Trent (England) with it's 372,775 inhabitants is a city in United Kingdom about 135 mi (or 217 km) north-west of London, the country's capital.

Local time in Stoke-on-Trent is now 06:10 AM (Sunday). The local timezone is named Europe / London with an UTC offset of zero hours. We know of 8 airports in the vicinity of Stoke-on-Trent, of which 5 are larger airports. The closest airport in United Kingdom is Manchester Woodford Airport in a distance of 23 mi (or 37 km), North. Besides the airports, there are other travel options available (check left side).

There are several Unesco world heritage sites nearby. The closest heritage site in United Kingdom is Pontcysyllte Aqueduct and Canal in a distance of 30 mi (or 49 km), West. Also, if you like golfing, there are multiple options in driving distance. We found 1 points of interest in the vicinity of this place. If you need a place to sleep, we compiled a list of available hotels close to the map centre further down the page.

Depending on your travel schedule, you might want to pay a visit to some of the following locations: Eaton, Stafford, Weston, Chorlton and Siddington. To further explore this place, just scroll down and browse the available info. 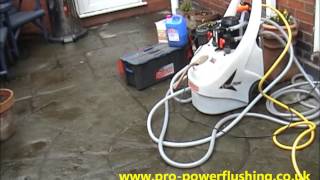 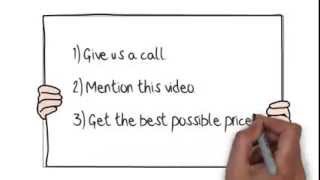 Emergency Plumbing Stoke on Trent http://24hourplumberinstokeontrent.com/ Plumbing emergencies could occur any time and without any type of cautioning You Should Constantly Call Emergency... 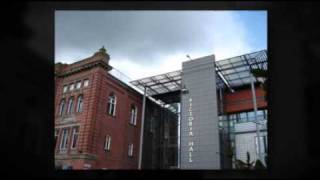 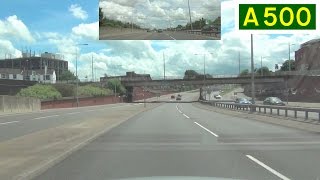 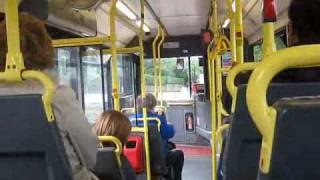 A trip on RML Travel DLP1

A trip on RML Travel's DLP1. 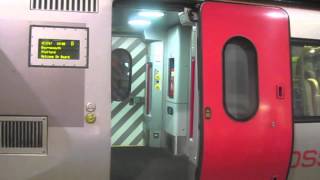 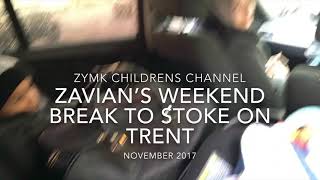 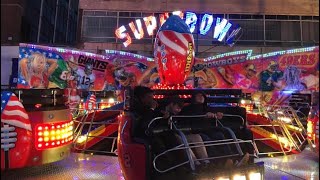 Join me, Coaster Crazy, Screams and themes and Tom & Stace for a fantastic trip to Stoke on Trent for the Christmas winter wonderland event! great value with ...

Vlog about my UK visa application and other fun stuff!

D road can also apply as a road designation under the Great Britain road numbering scheme The A500 is a major primary A road in Staffordshire and Cheshire, England. It is dual carriageway for most of its length and connects Nantwich, junctions 16 and 15 of the M6 motorway with the city of Stoke-on-Trent. Because its shape between the motorway junctions resembles that of a capital D, it is known locally as the D-Road (D is also the Roman numeral representing the number 500).

Stoke-on-Trent Central is a constituency represented in the House of Commons of the UK Parliament since 2010 by Tristram Hunt, a member of the Labour Party.

Stoke railway works was set up in 1864 by the North Staffordshire Railway in the city of Stoke-on-Trent in the county of Staffordshire, England. The railway's first engines were supplied by a variety of outside manufacturers: Robert Stephenson and Company, Vulcan Foundry, Hudswell Clarke, Kitson and Company, Neilson and Company, as well as Sharp Brothers and Company who supplied six, including "Dragon" which opened the line in 1848. These were of the class known as "Little Sharpes".

Stoke-on-Trent railway station is a mainline railway station serving the city of Stoke-on-Trent. It lies on the Stafford to Manchester branch of the West Coast Main Line. The station also provides an interchange between various local services running through Cheshire, Staffordshire and Derbyshire.

Stoke Minster is the town centre and civic church in Stoke-upon-Trent in England.

Located at 53.0042, -2.18139 (Lat. / Lng.), about 0 miles away.
Wikipedia Article, Homepage
Buildings and structures in Stoke-on-Trent, Church of England churches in Staffordshire

Stoke-on-Trent College is a provider of further and higher education based in Stoke-on-Trent. According to www. stoke. net the college has more than 30,000 students and over 1000 staff. The college's main campus, known as Cauldon Campus, is in Shelton and it has a second campus in Burslem. Stoke-on-Trent college is part of UniQ - the university quarter. A collaborative project with Staffordshire University and the Stoke-on-Trent Sixth Form College.

The Villas, Stokeville, is an estate of 24 Victorian houses in Stoke-upon-Trent, England. Originally a distinct settlement set in green fields, it now merges with the late 19th- and early 20th-century suburban sprawl along London Road below Penkhull village on the outskirts of Stoke-on-Trent and within the ward of Stoke and Trent Vale.

Located at 52.9971, -2.1921 (Lat. / Lng.), about 1 miles away.
Wikipedia Article
Buildings and structures in Stoke-on-Trent, Grade II listed buildings in Staffordshire, Italianate architecture in the United Kingdom

The North Staffordshire Coalfield is an historic coalfield in the County of Staffordshire, England. The Coalfield emcompasses an area of nearly 100 square miles and that area is virtually wholly contained within the boundaries of the city of Stoke on Trent and the borough of Newcastle under Lyme. There are three other smaller coalfields which are associated with the North Staffs field and they are the tiny Shaffalong and Goldsitch Moss Coalfields near to Leek and the Cheadle Coalfield.

These districts belong to Stoke-on-Trent.

These are districts that are close by, but belong to a different city than Stoke-on-Trent.

These are some bigger and more relevant cities in the wider vivinity of Stoke-on-Trent.