Portsmouth in Portsmouth (England) with it's 194,150 habitants is located in United Kingdom about 64 mi (or 104 km) south-west of London, the country's capital town.

Current time in Portsmouth is now 10:00 PM (Sunday). The local timezone is named Europe / London with an UTC offset of zero hours. We know of 11 airports close to Portsmouth, of which 5 are larger airports. The closest airport in United Kingdom is Bembridge Airport in a distance of 8 mi (or 14 km), South. Besides the airports, there are other travel options available (check left side).

There are several Unesco world heritage sites nearby. The closest heritage site in United Kingdom is Dorset and East Devon Coast in a distance of 7 mi (or 12 km), South-East. Also, if you like playing golf, there are some options within driving distance. We encountered 3 points of interest near this location. If you need a hotel, we compiled a list of available hotels close to the map centre further down the page.

While being here, you might want to pay a visit to some of the following locations: Bembridge, Newchurch, Cowes, Newport and Northwood. To further explore this place, just scroll down and browse the available info.

On the way to the city center of Portsmouth 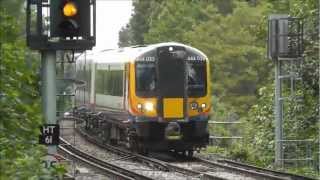 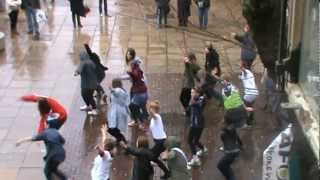 On Saturday the 22nd of December, students from Oaklands Catholic Sixth Form organised a "Flash Mob" in Commercial Road Portsmouth to raise money for a new gym to be built in Korogocho slum... 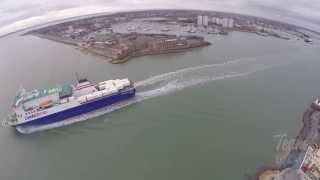 The Round Tower, Old Portsmouth view from quadcopter 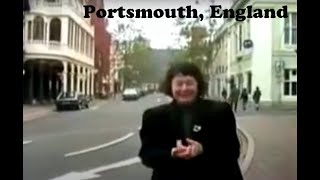 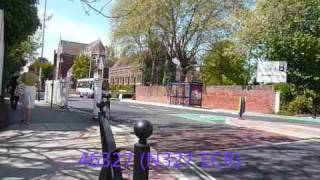 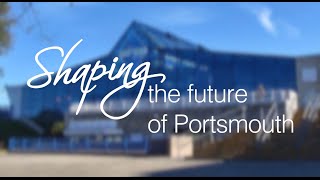 Shaping the future of Portsmouth conference 2014 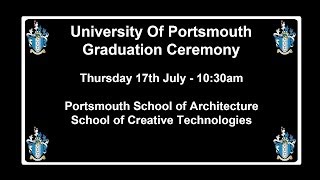 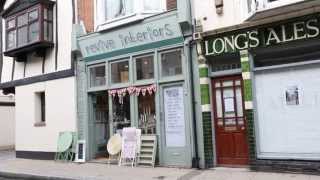 Rivive Interiors based in Castle Road, Southsea, Portsmouth have an fantastic range of unique hand painted furniture, special gifts and amazing one off finds. They also offer a refurbishing... 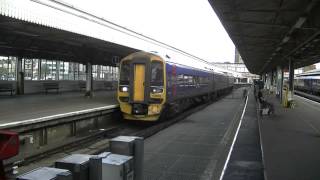 The Tricorn Centre was a Brutalist shopping, nightclub and car park complex in Portsmouth, Hampshire, England. It was designed by Owen Luder and Rodney Gordon and took its name from the site's shape which from the air resembled a Tricorne hat. Constructed in the mid-1960s, it was demolished in 2004. It was home to one of the first Virgin Megastores and housed the largest Laser Quest arena in Europe.

The Fortifications of Portsmouth are extensive, due to its strategic position on the English Channel and role as home to the Royal Navy. For this reason Portsmouth was by the 19th century one of the most fortified cities in the world. The fortifications have evolved over the centuries in response to changes in tactics and technology. The area covered by the defences has also increased.

Located at 50.799, -1.091 (Lat. / Lng.), about 0 miles away.
Wikipedia Article
Buildings and structures in Portsmouth, Military history of Hampshire

Portsea Island is a small, flat and low lying island just off the south coast of England. The island is totally within, and contains a large proportion of, the city of Portsmouth. It has the third-largest population of any island in the British Isles, after the mainlands of Great Britain and Ireland. To the east lies Langstone Harbour, and to the west is Portsmouth Harbour. To the south it faces into the Solent.

Portsmouth and Southsea railway station is the main railway station in central Portsmouth in Hampshire, England. It is close to the Commercial Road shopping centre. British Transport Police maintain a presence at the station. There is a taxi rank at the front of the building and regular local buses within five minutes walking distance. Ticket barriers are in operation. The station is managed by South West Trains.

The Royal Portsmouth Hospital in Portsmouth, England was sited in Commercial Road close to the shopping centre and near to the Portsmouth Dockyard. The hospital closed on 1 October 1978, with all its facilities having been transferred to the Queen Alexandra Hospital in Cosham. The former hospital was demolished and the site developed by Sainsbury's, who now have a superstore there.

The Roman Catholic Diocese of Portsmouth is a Latin Rite Roman Catholic diocese in England and covers Hampshire, the Isle of Wight, the Channel Isles and parts of Berkshire, Dorset and Oxfordshire. The episcopal see is the Portsmouth Cathedral and is headed by the Bishop of Portsmouth. The diocese is part of the metropolitan Province of Southwark, which covers all of the far South of England.

Landport is a district located near the centre of Portsea Island and is part of the city of Portsmouth, England. The district contains the main shopping area for Portsmouth. Before World War II the district was also a residential area, mainly catering for employees of the naval dockyard and their families. The district was heavily damaged by bombing during the war. After the war the decision was made that most of the remaining houses were substandard and the area was largely cleared.

Portsmouth Guildhall is the biggest events venue in the Hampshire city of Portsmouth in England.

St Agatha’s Landport is an historic church in the Landport district of Portsmouth.

Located at 50.8023, -1.09219 (Lat. / Lng.), about 0 miles away.
Wikipedia Article, Homepage
Religious buildings in Portsmouth, Church of England churches in Hampshire

Victoria Park is a public park located just to the north of Portsmouth Guildhall, adjacent to Portsmouth and Southsea railway station and close to the city centre in Portsmouth, Hampshire. It was officially opened on 25 May 1878 and was the first public park to be opened in Portsmouth. It was designed by Alexander McKenzie. It has a total area of around 15 acres and is planted with trees, shrubs and flowers.

Ladywood House is a residential apartment skyscraper in Portsmouth, England. When completed in 1971, it was the tallest building in the city, until 2004 when it was surpassed by 1 Gunwharf Quays.

These districts belong to Portsmouth.

These are districts that are close by, but belong to a different city than Portsmouth.

These are some bigger and more relevant cities in the wider vivinity of Portsmouth.