Southampton in Southampton (England) with it's 246,201 habitants is a city located in United Kingdom about 69 mi (or 112 km) south-west of London, the country's capital town.

Current time in Southampton is now 12:17 PM (Monday). The local timezone is named Europe / London with an UTC offset of zero hours. We know of 11 airports closer to Southampton, of which 5 are larger airports. The closest airport in United Kingdom is Southampton Airport in a distance of 4 mi (or 6 km), North-East. Besides the airports, there are other travel options available (check left side).

There are several Unesco world heritage sites nearby. The closest heritage site in United Kingdom is Dorset and East Devon Coast in a distance of 22 mi (or 35 km), South-East. Also, if you like playing golf, there are some options within driving distance. We saw 3 points of interest near this location. In need of a room? We compiled a list of available hotels close to the map centre further down the page.

Since you are here already, you might want to pay a visit to some of the following locations: Gurnard, Cowes, Winchester, Northwood and Shalfleet. To further explore this place, just scroll down and browse the available info.

Ellington Lodge at The Concorde Club 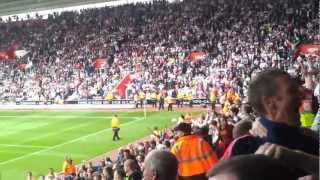 Pompey's late, late equaliser against Southampton at St Mary's. What a feeling! Saints had led 1-0, but were quickly pegged back by a superb strike from Chris Maguire. The home side then went... 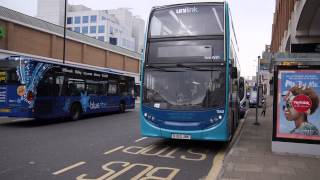 A series of buses seen in Portland Terace Southampton during the early afternoon of Wednesday 2 April 2014. 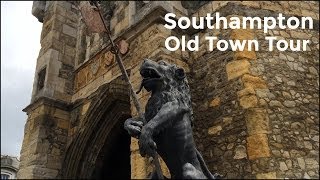 A video tour of Southampton's Old Town Walls, recorded in in May 2014. The video begins at the Bargate and goes anti-clockwise around the remnants of the medieval walls, ending at the south... 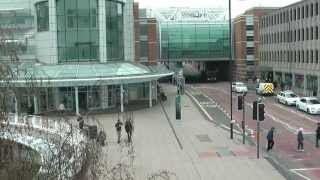 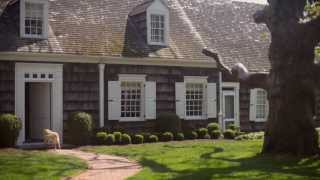 Douglas Elliman Neighborhoods. A series of short films about the most beautiful places to live. Introducing the first film of the series: Southampton. 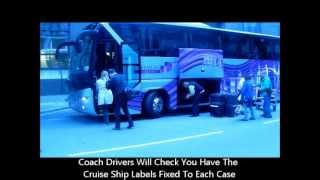 Bus service between Central London and Heathrow Airport hotels and Southampton cruise terminals with an hour at Stonehenge on the way. What to expect. 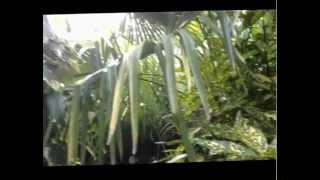 An Exotic Garden in SOUTHAMPTON,UK.

Just a quick video taken today on 30/8/2012 showing my front and back garden (yard for you lovely Americans) :-) 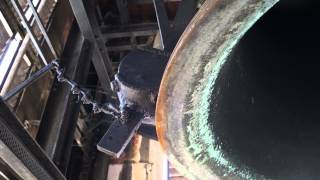 Striking 12 midday and playing one verse of Our God, Our Help in Ages Past. 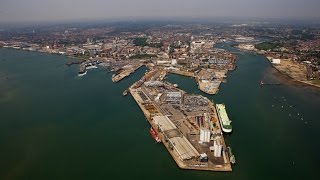 What is the best hotel in Southampton UK? Top 3 best Southampton hotels as voted by travellers

What is the best hotel in Southampton UK? check the ratings made by travellers themselves. http://www.best-hotel.org List of hotels in Southampton United Kingdom : Best Western Chilworth... 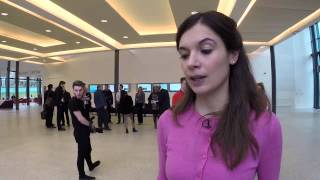 Rowenna visits City College Southampton with Tristram Hunt and Ivan Lewis to talk about the importance of registering to vote.

WestQuay is a shopping centre in Southampton, United Kingdom, and has an area of 800,000 square feet of retail space and contains around a 150 shops, including major retailers such as, John Lewis, Marks and Spencer, Zara, Schuh, Waterstone's, Hollister Co. , Bank, Apple, and many more top brand names. It is situated in the centre of the city, close to the docks, with entrances on the main High Street (Above Bar Street), on Portland Terrace, through Waterstone's and through John Lewis.

Located at 50.9033, -1.40692 (Lat. / Lng.), about 0 miles away.
Wikipedia Article, Homepage
Shopping centres in Hampshire, Buildings and structures in Southampton, Retail parks in the United Kingdom, Shopping malls established in 2000

The Civic Centre in Southampton is the home of Southampton City Council. It hosts the SeaCity Museum, council offices, the Guildhall venue, the well-endowed city art gallery, and the city library. It is a grade II* listed building.

The Medieval Merchant's House is a restored late-13th-century building in Southampton, Hampshire, England. Built in about 1290 by John Fortin, a prosperous merchant, the house survived many centuries of domestic and commercial use largely intact. German bomb damage in 1940 revealed the medieval interior of the house, and in the 1980s it was restored to resemble its initial appearance and placed in the care of English Heritage, to be run as a tourist attraction.

The Marlands Shopping Centre was opened on 5 September 1991. At the time, the Marlands Shopping Mall was the largest shopping centre in Southampton and the first significant shopping centre in the city (East Street Shopping Centre being well out of the way of the main shopping district hence never being very successful and the Bargate Centre being much smaller), however it is now dwarfed by WestQuay, which opened in 2000.

Located at 50.906, -1.406 (Lat. / Lng.), about 0 miles away.
Wikipedia Article
Buildings and structures in Southampton, Shopping centres in Hampshire

The Franciscan Friary of Southampton was founded circa 1233. It occupied a south-eastern area of the city, within the walls and adjacent to God's House Tower. The friary was notable for its water supply system, which supplied water for use by the friars themselves and by the other inhabitants of Southampton. The friary was dissolved in 1538 and the last remains were swept away in the 1940s. The site is now occupied by Friary House.

St. Michael's Church is the oldest building still in use in the city of Southampton, England, having been founded in 1070, and is the only church still active of the five originally in the medieval walled town. The church is a Grade I Listed building.

Holyrood Church (or Holy Rood Church) was one of the original five churches serving the old walled town of Southampton, England. Built in 1320, the church was destroyed by enemy bombing during the blitz in November 1940. In 1957 the shell of the church was dedicated as a memorial to the sailors of the Merchant Navy.

The Southampton City Art Gallery is an art gallery in Southampton, southern England. It is located in the Civic Centre on Commercial Road. The gallery's art collection covers six centuries of European art history, with over 3,500 works. It is housed in an example of 1930s municipal architecture. The gallery holds a Designated Collection, considered of national importance.

The SeaCity Museum is a museum in Southampton, England, which opened on 10 April 2012 to mark the centenary of RMS Titanic's departure from the city. It is housed within the Grade II* listed civic centre building which previously housed the magistrates' court and police station. The museum contains two permanent exhibitions, one dedicated to Southampton's connection with RMS Titanic, and the other to the city's role as gateway to the world.

Southampton Tudor House and Garden is a historic building, museum, tourist attraction, and Grade I listed building in the Old Town of Southampton, England. Established as Southampton's first museum in 1912, the house was closed for nine years between 2002 and 2011 during an extensive renovation.. The museum is open daily between 10am and 5pm. The house is located in Bugle Street, opposite St. Michael's Square in Southampton's Old Town.

These districts belong to Southampton.

These are districts that are close by, but belong to a different city than Southampton.

These are some bigger and more relevant cities in the wider vivinity of Southampton.