Bournemouth in Bournemouth (England) with it's 163,600 habitants is located in United Kingdom about 94 mi (or 151 km) south-west of London, the country's capital town.

Current time in Bournemouth is now 11:39 PM (Wednesday). The local timezone is named Europe / London with an UTC offset of zero hours. We know of 10 airports close to Bournemouth, of which 5 are larger airports. The closest airport in United Kingdom is Bournemouth Airport in a distance of 4 mi (or 7 km), North. Besides the airports, there are other travel options available (check left side).

There are several Unesco world heritage sites nearby. The closest heritage site in United Kingdom is Dorset and East Devon Coast in a distance of 38 mi (or 61 km), East. Also, if you like playing golf, there are some options within driving distance. If you need a hotel, we compiled a list of available hotels close to the map centre further down the page.

While being here, you might want to pay a visit to some of the following locations: Poole, Bower Chalke, Downton, Bishopstone and Totland. To further explore this place, just scroll down and browse the available info. 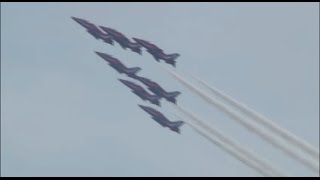 Bournemouth Air Festival 2014 Red Arrows Full Display Thursday This is the entire recording of the Red Arrows Hope you all enjoy it ... 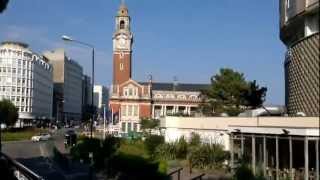 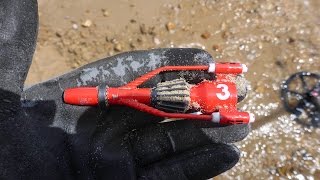 Up early again for a road trip to Bournemouth for a days hunt with the CTX3030 in search of the Bling Bling. Coins and lots of junk day. Enjoy the hunt Angry with general public leaving all... 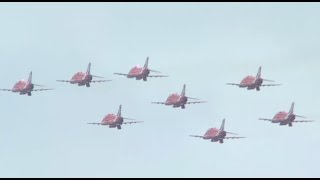 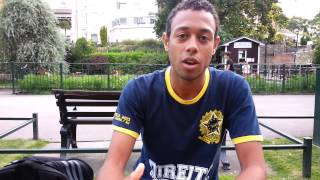 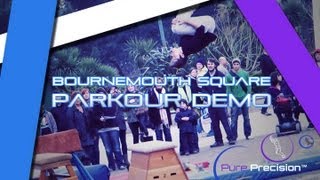 This event took place at Bourenmouth Square on April 5th 2012. It was to raise awareness of parkour and freerunning in the area and gain support from the council to build a parkour park in... 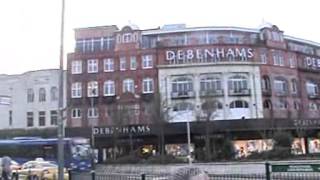 Bournemouth, Dorset, England, A trip round the town ( 7 )

Bournemouth .With seven miles of golden sands and sparkling sea, the vibrant cosmopolitan town of Bournemouth has it all - a vast variety of shops, restaurants and holiday accommodation, buzzing... 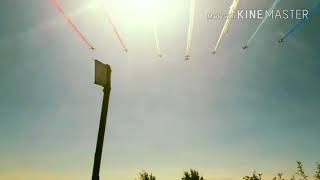 After our shopping trip we had some fun in our front garden.

Three out of the four arrived faulty. 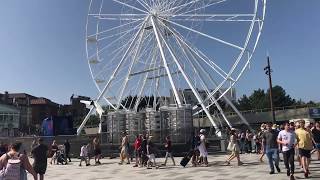 Bank Holiday in Bournemouth, 6th of May,2018

Bournemouth is a large coastal resort town in the ceremonial county of Dorset, England. According to the mid-year estimates for 2010 from the Office for National Statistics, the town has a population of 168,100, making it the largest settlement in Dorset. It is also the largest settlement between Southampton and Plymouth. With Poole and Christchurch, Bournemouth forms the South East Dorset conurbation, which has a total population of approximately 400,000.

The Bournemouth International Centre (BIC) in Bournemouth, Dorset, is one of the primary venues for conferences, exhibitions, entertainment and events in southern England. Additionally, it is well known for hosting national conferences of major British political parties and trade unions. The venue's Windsor Hall has a concert capacity of 6,500 and is one of the bigger indoor music venues in the UK, often included on the arena tours of major artists.

The Square is a public square that marks the centre of Bournemouth, England. It has been almost totally pedestrianised since 2000. Prior to this it was a large roundabout.

Bournemouth is a former United Kingdom Parliamentary constituency. The seaside resort was created as a parliamentary borough in 1918 and the seat existed until it was divided in 1950. During the existence of the constituency it was the most south-westerly seat in Hampshire (although the border between Dorset and Hampshire was altered in the late twentieth century so the town was transferred to Dorset).

Westover, Hampshire, is the ancient manor, now in Dorset, over which much of modern Bournemouth has developed. This area of land marked a historic boundary between Celtic and Saxon civilisations, which found expression as the county boundary between Hampshire to the east and Dorset to the west.

St Peter's Church is a Church of England parish church in Bournemouth in the English county of Dorset. The building, which is a Grade I listed building, was completed in 1879 to a design by G.E. Street as the founding mother church of Bournemouth. It has unusual paintings, notable stained glass and alabaster, and a renowned musical tradition. The chancel has been described as 'one of the richest Gothic Revival interiors in England'.

Bournemouth Borough Council is the local authority of Bournemouth in Dorset, England. The council is now a unitary authority, although between 1974 and 1997 it was an administrative district council with Dorset. Previously most of the borough was part of Hampshire. The Borough can trace its history back to 27 August 1890 when the Municipal Borough of Bournemouth was created by Royal Charter. On 1 April 1900 it received County Borough status which lasted until 1974.

St Stephen's Church is an Anglican church in Bournemouth, Dorset. The liturgical life of the Church is deeply rooted in a rich Anglo-Catholic tradition; the Church boasting a magnificent Lady Chapel, celebrating Marian masses, benediction and recitation of the Rosary for The Society of Mary. Devotion to Our Lady of Walsingham is also encouraged.

Oceanarium Bournemouth is an aquarium located on the seafront in Bournemouth, England. It offers visitors a journey around the waters of the world. 10 recreated environments include the Amazon, Key West, the Mediterranean, Abyss, and the Great Barrier Reef.

Bournemouth Winter Gardens was a theatre in Bournemouth, England. Many notable artists such as The Beatles, Whitesnake, Elton John and Thin Lizzy have performed at this venue. It closed in 2002 and the building was demolished in 2006.

This is a list of public art in Dorset, in England. This list applies only to works of public art accessible in an outdoor public space. For example, this does not include artwork visible inside a museum.

These districts belong to Bournemouth.

These are districts that are close by, but belong to a different city than Bournemouth.

These are some bigger and more relevant cities in the wider vivinity of Bournemouth.