Nottingham in Nottingham (England) with it's 729,977 inhabitants is located in United Kingdom about 109 mi (or 175 km) north-west of London, the country's capital.

Local time in Nottingham is now 05:24 AM (Sunday). The local timezone is named Europe / London with an UTC offset of zero hours. We know of 11 airports in the wider vicinity of Nottingham, of which 5 are larger airports. The closest airport in United Kingdom is Nottingham Airport in a distance of 4 mi (or 6 km), South-East. Besides the airports, there are other travel options available (check left side).

There are several Unesco world heritage sites nearby. The closest heritage site in United Kingdom is Derwent Valley Mills in a distance of 27 mi (or 44 km), East. Also, if you like golfing, there are multiple options in driving distance. If you need a place to sleep, we compiled a list of available hotels close to the map centre further down the page.

Depending on your travel schedule, you might want to pay a visit to some of the following locations: Glenfield, Leicester, Derby, Wales and Todwick. To further explore this place, just scroll down and browse the available info. 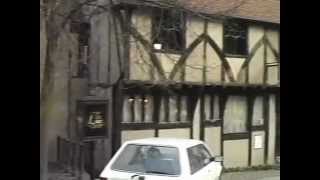 An extract from video I shot in December 1985, just before Christmas of that year. The video shows the city centre at that time including shots of Market Square, the Council House as well as... 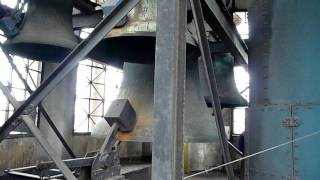 The Hour Chime at Nottingham City Council House, including the hour strike on Little John.

The bells in the Great Dome of the Council House in Market Square, Nottingham, United Kingdom, strike 10am. They strike the Westminster quarters, with the 4th Quarter Jack weighing just over... 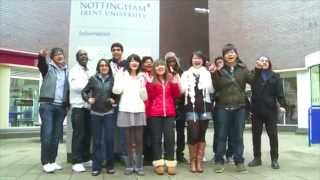 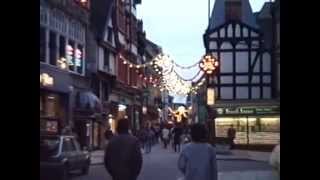 Short video I shot back in 1986 of Nottingham City Centre around Christmas time. 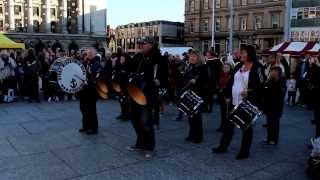 Romance in the Air at Nottingham City Square. 2pm, Saturday 9th November 2013 Lee arranged quite a show to propose to his , now, fiancé. A big cast including a choir, a dance troupe and the... 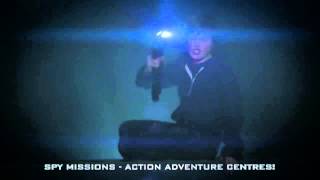 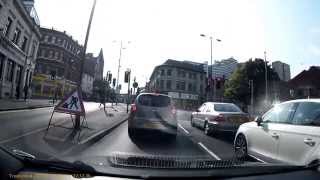 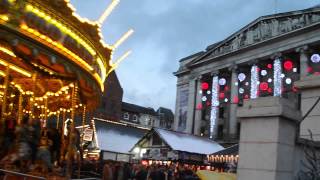 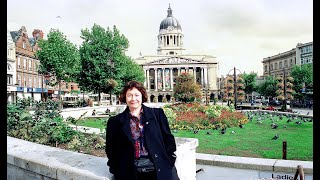 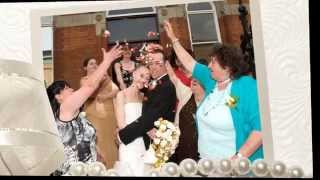 The Old Market Square is an open, pedestrianised city square in Nottingham, England. It is the largest such surviving square in the United Kingdom, forming the heart of the city, and covering an area of approximately 22,000 m². Located in the heart of Nottingham city centre, the square is bounded by Beast Market Hill to the West, Smithy Row to the North, and South Parade to the South. The Eastern end of the square is dominated by the Council House, which serves as Nottingham's city hall.

The Cornerhouse is leisure complex in city centre of Nottingham, England. Built on the former site of Nottingham's local paper it consists of a number of bars, restaurants, a multi-screen cinema operated by Cineworld, a large nightclub called "The Forum" and a casino. It is smaller than its neighbouring complexes Victoria Centre, Royal Concert Hall and the Theatre Royal. However it is bigger than the recently built Trinity Square development.

Nottingham city centre is the cultural, commercial, financial and historical heart of Nottingham, England. Nottingham's city centre represents the central area of the Greater Nottingham conurbation. The centre of the city is usually defined as the Old Market Square - the UK's largest city square. A major redevelopment of the Old Market Square was completed in March 2007. Many of the main shopping streets are based around the square, which is dominated by Nottingham's city hall.

Located at 52.953, -1.149 (Lat. / Lng.), about 0 miles away.
Wikipedia Article
Nottingham, Areas of Nottingham, Central business districts in the United Kingdom

Nottingham Council House is the city hall of Nottingham, England. The iconic 200 feet high dome that rises above the city is the centrepiece of the skyline and presides over the Old Market Square. The Council House was designed by Thomas Cecil Howitt and built between 1927 and 1929 in the Neo-Baroque style characterised by the huge pillars that circle the building along with the carvings on the facade.

Located at 52.9533, -1.14833 (Lat. / Lng.), about 0 miles away.
Wikipedia Article
Government buildings completed in 1929, Buildings and structures in Nottingham, City and town halls in England, Neo-Baroque architecture, Visitor attractions in Nottingham

Located at 52.9556, -1.15139 (Lat. / Lng.), about 0 miles away.
Wikipedia Article, Homepage
Buildings and structures in Nottingham, Music in Nottinghamshire, Concert halls in England, Visitor attractions in Nottingham

The Flying Horse Walk is an shopping arcade located at the heart of Nottingham City Centre in Nottingham, England. The arcade houses a variety of fashon boutiques and other retailers. It is situated just off the city's Old Market Square on The Poultry. It takes its name from a fifteenth century public house of the same name, the Flying Horse Inn, that is located at the Market Square end of the walk. The facade of the public house has been retained and is Grade II listed building.

St Peter's Church, Nottingham is an Anglican parish church in the city of Nottingham. The church is Grade I listed by the Department for Culture, Media & Sport as a building of outstanding architectural or historic interest. It is part of the parish of All Saints', St Mary's and St Peter's, Nottingham. A map of the parish is available on Google Maps Formally it is the church of St Peter with St James.

St. Nicholas Church is an Anglican parish church in Nottingham. The church, since 1953, is Grade II* listed by the Department for Culture, Media & Sport as it is a particularly significant building of more than local interest.

The Malt Cross is on St James Street in Nottingham city centre just off the Old Market Square. The building was built in 1877 and is one of only a few Victorian Music Halls still standing. The building takes its name from a monument that used to be in the market square and was a gathering place for many people. Wiley notes that "John Nelson, a Yorkshire stonemason and one of Wesley's earliest followers, preached once in the market place and once at the Malt Cross."

Nottingham Parksmart is a parking scheme which divides Nottingham city centre into five distinctive zones to aid parking in the city, and to help tourists find attractions.

The Nottingham Subscription Library is a subscription library in the United Kingdom. It was founded in 1816 and moved to its present location at Bromley House on Angel Row in the centre of Nottingham in 1822. This building is grade II* listed and was built as a town house for George Smith, the grandson of the founder of Smith's Bank, the oldest known provincial bank in the United Kingdom.

Nottingham Guildhall is a former Magistrates' Court in Nottingham, England.

These districts belong to Nottingham.

These are districts that are close by, but belong to a different city than Nottingham.

These are some bigger and more relevant cities in the wider vivinity of Nottingham.