Wolverhampton in Wolverhampton (England) with it's 252,791 inhabitants is a city in United Kingdom about 113 mi (or 182 km) north-west of London, the country's capital.

Local time in Wolverhampton is now 02:20 AM (Sunday). The local timezone is named Europe / London with an UTC offset of zero hours. We know of 8 airports in the vicinity of Wolverhampton, of which 5 are larger airports. The closest airport in United Kingdom is Birmingham International Airport in a distance of 18 mi (or 29 km), South-East. Besides the airports, there are other travel options available (check left side).

There are several Unesco world heritage sites nearby. The closest heritage site in United Kingdom is Pontcysyllte Aqueduct and Canal in a distance of 42 mi (or 68 km), North-West. Also, if you like golfing, there are multiple options in driving distance. We found 1 points of interest in the vicinity of this place. If you need a place to sleep, we compiled a list of available hotels close to the map centre further down the page.

Depending on your travel schedule, you might want to pay a visit to some of the following locations: Dudley, Oldbury, Walsall, Albrighton and Tong. To further explore this place, just scroll down and browse the available info.

Thousands of Wolves supporters came to Molineux and lined the streets of Wolverhampton as the city paid its final respects to Sir Jack Hayward. 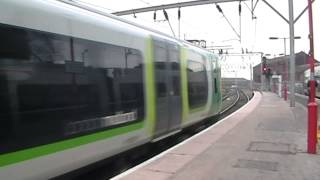 Wolves Head Coach, Kenny Jackett looks ahead to the trip to Craven Cottage to face Fulham in the FA Cup.

The University of Wolverhampton is a British university located on four campuses across the West Midlands, Shropshire and Staffordshire. The city campus is located in Wolverhampton city centre, with a second campus at Walsall and a third in Telford. There is a fourth campus at Burton-upon-Trent where many of the nursing students reside. The institution was known as Wolverhampton Polytechnic before gaining university status in 1992.

107.7 The Wolf was a British Independent Local Radio station serving Wolverhampton and the surrounding areas, owned and operated by Forever Broadcasting, The Wireless Group and latterly, UTV.

Wolverhampton Art Gallery is located in the City of Wolverhampton, in the West Midlands, United Kingdom. The building was funded and constructed by local contractor Philip Horsman (1825–1890), and built on land provided by the Council. It opened in May 1884.

Wolverhampton railway works was in the city of Wolverhampton in the county of Staffordshire, England. It was almost due north of the city centre, and is commemorated with a small display of level crossing gates and a plaque. Known as the Stafford Road Works, it was opened by the Shrewsbury and Birmingham Railway in 1849 to maintain bought-in locomotives.

St Peter's is a ward of Wolverhampton City Council, West Midlands. It has two parts: the city centre (i.e. the area inside the city's Ring Road), and the inner-city areas immediately to the north and north-west, including Dunstall Hill and part of Whitmore Reans. It is bordered by the wards of Bushbury South and Low Hill, Heath Town, East Park, Ettingshall, Blakenhall, Graiseley, Park, Tettenhall Regis and Oxley. It forms part of the Wolverhampton South West constituency.

All Saints is an inner city area of Wolverhampton, West Midlands, England. It is situated immediately to the south-east of the city centre, in the city council's Ettingshall ward. It mostly consists of late 19th century and early 20th century terraced houses, which are mainly inhabited by Sikh and Ravidassia immigrants from the Indian sub-continent. Modern landmarks in the area include Ford and Nissan car dealerships, a bowling alley and a Fitness First public gym.

Wolverhampton St George's tram stop is a tram stop in Wolverhampton, England. It was opened on 31 May 1999 and is the current terminus of the Midland Metro Line 1. The stop is located in Bilston Street. It is one of only two stops currently on the Metro that are not on the former railway track bed. The stop has a single island platform, with a crossover just outside the stop. It is on the edge of Wolverhampton's main shopping area, and around half a mile from Wolverhampton railway station.

The A4123, also known as the Birmingham New Road or Wolverhampton New Road, is a major road in the West Midlands linking Wolverhampton with Birmingham. It was one of the first major new roads constructed for use by motor traffic, and was designed as an unemployment relief project. It runs roughly northwest to southeast from the Wolverhampton Ring Road to Harborne, west Birmingham. Construction of the road began on 4 February 1924, and was built in individual sections.

The Wolverhampton Grand Theatre, commonly known as The Grand is a theatre located in Lichfield Street, Wolverhampton,UK, designed in 1894 by Architect Charles J. Phipps. It is a Grade II Listed Building with a seating capacity of 1200.

St Peter's Collegiate Church is located on the highest and the oldest developed site in central Wolverhampton, England. For many centuries it was a chapel royal, and from 1480 a royal peculiar, independent of the Diocese of Lichfield and even the Province of Canterbury. The collegiate church was central to the development of the town of Wolverhampton, much of which belonged to its dean.

Michael Kirk is a small family firm of butchers from Wolverhampton, England, established in 1934, which has won several prizes for their pies, including National Pork Pie Champion, 2005, and for their sausages. Owner Michael Bachyk says of his pork pies: I base my recipe on the traditional Melton Mowbray-style pie, which doesn't use cured meat like most Yorkshire pies... You wouldn't roast pork and expect it to come out pink, and mine looks much more like roast pork, a greyish colour.

St. John's Church is a Grade II* listed parish church in the Church of England in Wolverhampton.

These districts belong to Wolverhampton.

These are districts that are close by, but belong to a different city than Wolverhampton.

These are some bigger and more relevant cities in the wider vivinity of Wolverhampton.