Local time in Poole is now 09:52 PM (Saturday). The local timezone is named Europe / London with an UTC offset of one hour. We know of 9 airports in the vicinity of Poole, of which 5 are larger airports. The closest airport in United Kingdom is Bournemouth Airport in a distance of 8 mi (or 12 km), North-East. Besides the airports, there are other travel options available (check left side).

There are several Unesco world heritage sites nearby. The closest heritage site in United Kingdom is Dorset and East Devon Coast in a distance of 43 mi (or 69 km), East. Also, if you like golfing, there are multiple options in driving distance. If you need a place to sleep, we compiled a list of available hotels close to the map centre further down the page.

Depending on your travel schedule, you might want to pay a visit to some of the following locations: Bournemouth, Bower Chalke, Bishopstone, Ansty and Downton. To further explore this place, just scroll down and browse the available info. 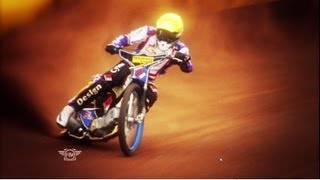 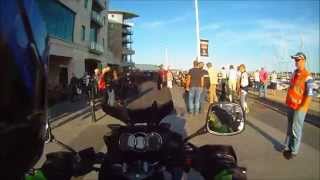 A quick ride down to Poole Quay bike night with some friends. 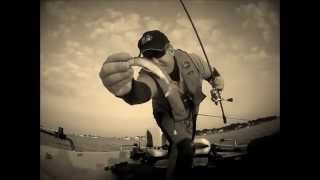 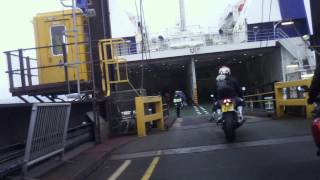 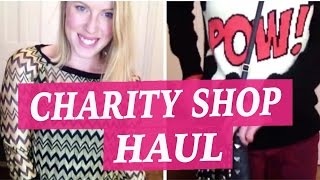 Charity shopping, ethical clothing, beauty, and lifestyle at http://WWW.PAUPERTOPRINCESS.COM Welcome to my first Charity Shop Haul video! Hope you guys like it, would love your feedback. ... 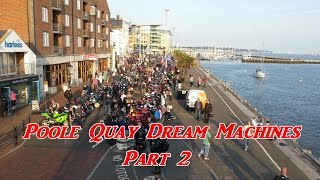 To get the most enjoyment from this video PLEASE WATCH PART 1 FIRST Part 2 of my recent evening out at The Poole Quay Dream Machines bike night. 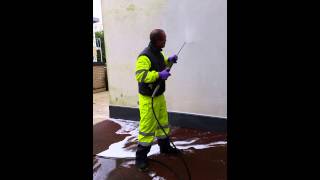 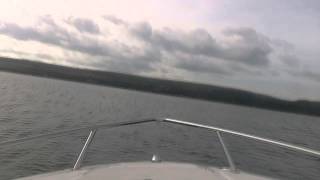 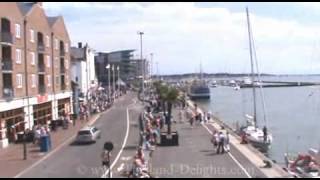 I started work in Poole over 40 years ago and I have seen many changes around the town. I saw what was then the Arndale Centre ( now known as the Dolphin Centre ) being built. The quay is... 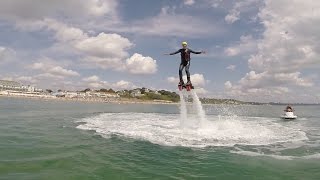 Don't forget to watch in HD ** I took my GoPro with me on my recent Flyboarding experience. I thought it only fair to film the other guy taking part at the same time as me. Not bad for...

Poole is a large coastal town and seaport in the county of Dorset, on the south coast of England. The town is 33 kilometres east of Dorchester, and Bournemouth adjoins Poole to the east. The local authority is Poole Borough Council and was made a unitary authority in 1997, gaining administrative independence from Dorset County Council. The town had a population of 138,288 according to the 2001 census, making it the second largest settlement in Dorset.

Poole Town F.C. is a football club based in Poole, Dorset, England. They were established in 1890 and joined the Western League Division Two in 1930. The club is affiliated to the Dorset County Football Association and is a FA Charter Standard Community Club. They won the Western League title in 1957 and reached the First Round Proper of the FA Cup four times in their history. They are currently members of the Southern Football League Division One South & West.

Lighthouse is an arts centre in Poole, Dorset, England. According to the Arts council of England it is the largest arts centre in the United Kingdom outside London. It has a 669 seat theatre, a 1,500 seat concert hall, a 150 seat studio, a 105 seat cinema, an Image Lab/media suite, a large gallery for photography and digital art, a restaurant and three function rooms. The concert hall is home to the Bournemouth Symphony Orchestra.

Located at 50.7181, -1.97778 (Lat. / Lng.), about 0 miles away.
Wikipedia Article, Homepage
Theatres in Dorset, Arts centres in England, Visitor attractions in Dorset, Buildings and structures in Poole

Poole railway station is a railway station on the South Western Main Line serving the town of Poole in Dorset, England. The station is situated in the town centre next to Holes Bay. It is one of four stations in the Borough of Poole. The station is operated by South West Trains and is served by London Waterloo to Weymouth express and semi-fast services. It is also the terminus for the London Waterloo to Poole stopping service.

St James is a Church of England parish church in Poole on the south coast of England, in the ceremonial county of Dorset. The church is located in the historic quarter of the town, near Poole Quay. It is the parish church for the St James sub district of Poole. R. Mason is the current minister of the church. Today the church is still in use by the local population and has a large playgroup.

Located at 50.713, -1.989 (Lat. / Lng.), about 0 miles away.
Wikipedia Article, Homepage
Church of England churches in Dorset, Visitor attractions in Dorset, Buildings and structures in Poole

Sterte is a part of Poole in Dorset, England. It is directly next to Poole Stadium and Holes Bay. It is near to the areas of Oakdale, Upton and Hamworthy.

Poole Stadium is a greyhound racing venue and speedway track located in the town centre of Poole, Dorset in England. The stadium is owned by the Borough of Poole. It was built in the early 1930s in an attempt to provide a source of entertainment to the residents of Poole during the Great Depression. Due to a sponsorship deal with local radio station Wave 105, the stadium is also known as the Wave 105 Stadium.

Located at 50.7229, -1.9821 (Lat. / Lng.), about 1 miles away.
Wikipedia Article
Greyhound racing venues in the United Kingdom, Speedway venues in England, Buildings and structures in Poole, Sports venues in Dorset

Poole Museum (formerly known as the Waterfront Museum) is a local history museum situated on the Lower High Street in the Old Town area of Poole, Dorset, and is part of the Borough of Poole Museum Service. Entrance to Poole Museum is free.

Poole Bridge (also known as Poole Lifting Bridge) is a bascule bridge in Poole, Dorset, England. Constructed in 1927, the bridge provides a road link across a busy boating channel. In February 2012 a second bridge was completed intending to operate in conjunction with the existing bridge

Poole Hospital (also known as Poole General Hospital) is an acute general hospital in Poole, Dorset, England. Built in 1907, it has expanded from a basic 14-bed facility into a 789-bed NHS foundation trust hospital. It is the trauma centre for east Dorset and provides specialist services such as cancer treatment for the entire county.

Poole Lifeboat Station is the base for Royal National Lifeboat Institution (RNLI) search and rescue operations at Poole, Dorset in England. The first lifeboat was stationed at Poole Harbour in 1865 and the present station was opened in 1988. Since 2008 it has operated a Tyne-class all weather boat (ALB) and an Atlantic 85 inshore lifeboat (ILB).

The Twin Sails Bridge (also known as The second harbour crossing) is a double leaved bascule bridge in Poole, Dorset, England. The bridge provides a second road link from Poole town centre to Hamworthy. The intention is that the bridge will allow development of four major sites, two in the town centre and two in Hamworthy, including the old power station which was closed in 1988.

These districts belong to Poole.

These are districts that are close by, but belong to a different city than Poole.

These are some bigger and more relevant cities in the wider vivinity of Poole.