Gloucester in Gloucestershire (England) with it's 150,053 citizens is a place in United Kingdom about 94 mi (or 151 km) west of London, the country's capital city.

Current time in Gloucester is now 10:12 PM (Saturday). The local timezone is named Europe / London with an UTC offset of zero hours. We know of 9 airports near Gloucester, of which 5 are larger airports. The closest airport in United Kingdom is Gloucestershire Airport in a distance of 4 mi (or 6 km), North-East. Besides the airports, there are other travel options available (check left side).

There are several Unesco world heritage sites nearby. The closest heritage site in United Kingdom is Blaenavon Industrial Landscape in a distance of 29 mi (or 47 km), West. Also, if you like playing golf, there are a few options in driving distance. If you need a hotel, we compiled a list of available hotels close to the map centre further down the page.

While being here, you might want to pay a visit to some of the following locations: Churchdown, Uckington, Swindon Village, Donnington and Ledbury. To further explore this place, just scroll down and browse the available info. 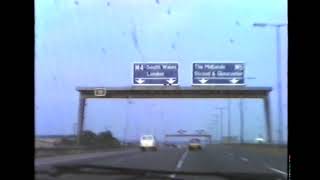 Driving around Gloucester in 1982

I found this video the other day of my Father and Grandfather driving from Quedgeley to longlevens around 1982. Here you can see just how much Gloucester has changed in those years. They... 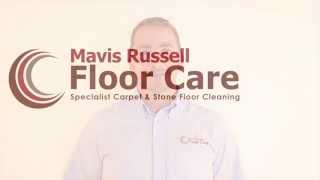 http://www.mavisrussellfloorcare.co.uk/carpet-cleaning/gloucester/ - Are you looking for Commercial Carpet Cleaning Gloucester ? Welcome to Mavis Russell Floorcare, We have been doing ... 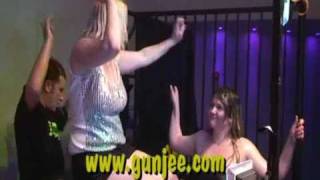 Big, big thanks to everyone who was in Gloucester on Friday 10th to help Big Dave celebrate his 30th birthday! What a party it was! Special thanks to Leon and Lyn who had to do all the hard... 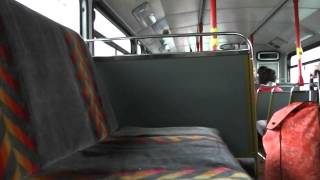 This video is mostly for the sound, so don't complain there is no view. On board Alexander RH bodied Volvo Olympian 16759 from Gloucester to Lydney on Stagecoach West's Route 23 that runs from... 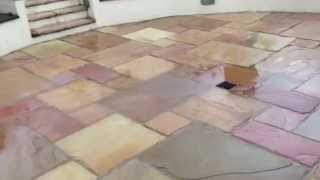 Go To http://www.cleanandsealsouthwest.co.uk/external/patio-cleaning-and-sealing.html And See More Videos On Patio Cleaning, Plus Checkout The Rest Of Our Site. "Clean 'N' Seal Southwest" The. 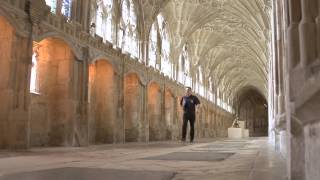 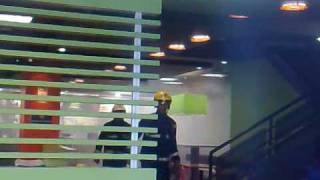 was walking up towards mc D's when I could see all the staff sat at the cross and then heard the sound of fire engines. Decided to grab my phone and record it. Was only a chip pan fire but... 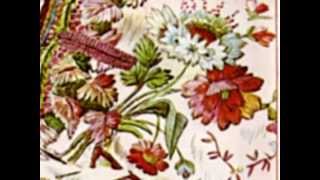 The Tailor of Gloucester

Perhaps Beatrix Potter's most cheerful story, even Simkin the cat (the villain at the start) has a change of heart, and the mice save the day. Strangely the story was based on real events,... 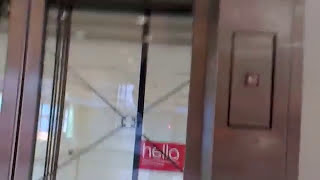 Schindler glass traction lift in the Eastgate Centre, Gloucester. Lift has 3 landings (G,1,2). G and 1 are mall levels, 2 is parking. Sorry for poor quality and cut in middle of video. 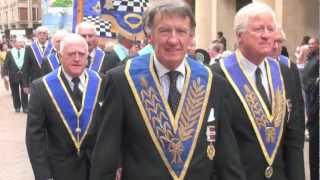 Gloucester Day Parade, celebrates the end of the Civil War Siege of Gloucester on 5th September 1643.

Frederick Walter Stephen West (29 September 1941 – 1 January 1995), was an English serial killer. Between 1967 and 1987, he alone, and later, he and his wife Rosemary, tortured, raped and murdered at least 11 young women and girls, many at the couple's homes 25 Midland Road and later 25 Cromwell Street respectively. Rosemary West also murdered Fred's stepdaughter (his first wife's biological daughter) Charmaine, while he was serving a prison sentence for theft.

Rosemary Pauline "Rose" West (née Letts) (born 29 November 1953) is a British serial killer, now an inmate at HMP Low Newton, Brasside, Durham, after being convicted of 10 murders in 1995. Her husband Fred, who committed suicide in prison while awaiting trial, is believed to have collaborated with her in the torture and murder of at least 10 young women, many at the couple's home in Gloucester, Gloucestershire, England. Fred West is known to have carried out 12 murders.

The King's School, Gloucester is a coeducational independent day school in Gloucester, England. It traces its heritage to a school for choirboys founded on the grounds of Gloucester Cathedral as early as the 12th century and was one of the seven "King's Schools" established, or re-endowed and renamed by King Henry VIII in 1541 after the Dissolution of the Monasteries.

Located at 51.8678, -2.24444 (Lat. / Lng.), about 0 miles away.
Wikipedia Article, Homepage
Educational institutions established in the 1540s, Schools in Gloucester, Independent schools in Gloucestershire, 1541 establishments in England, Member schools of the Headmasters' and Headmistresses' Conference

The Siege of Gloucester was an engagement in the First English Civil War. It took place between 3 August and 5 September 1643, between the defending Parliamentarian garrison of Gloucester and the besieging army of King Charles I. The siege ended with the arrival of a relieving Parliamentarian army under the Earl of Essex. The Royalist forces withdrew, having sustained heavy casualties and had several cannon disabled as a result of sallies made by the defenders.

Gloucester Abbey was a Benedictine abbey for monks in the city of Gloucester, England. The abbey was founded about 1022 and was dedicated to Saint Peter. It is recorded that the abbey lost about a quarter of its complement of monks in 1377 due to the Black Death. In 1540, the abbey was dissolved by Henry VIII, and became Gloucester Cathedral the following year.

Greyfriars, Gloucester, England, was a medieval monastic house founded about 1231. In about 1518 a prominent local family, the Berkeleys of Berkeley Castle, paid for the church to be rebuilt in Perpendicular Gothic style. The rest of the friary complex was later demolished.

Whitefriars, also known as White Friers or The College of Carmelites, Gloucester, England, was a Carmelite friary of which nothing now survives. The Friary was outside the north gate of the city and was founded around 1268 or 1269, probably by Queen Eleanor, Sir Thomas Gifford (or Giffard), and Sir Thomas Berkeley. By 1337 there were 31 friars resident.

St Mary de Crypt Church, Southgate Street, Gloucester GL1, is an Anglican Church, which was first recorded in 1140 as The Church of the Blessed Mary within Southgate. It is in the Diocese of Gloucester and is located adjacent to the ruins of Greyfriars. It has also been known as Christ Church and St. Mary in the South. St Mary de Crypt is a Grade I listed building with English Heritage, reference number 1245611.

The New Inn, 16 Northgate Street, Gloucester, GL1 1SF, is a public house, hotel and restaurant that is Grade I listed by English Heritage and is the most complete surviving example of a medieval courtyard inn with galleries in Britain. The announcement of Lady Jane Grey's succession to the British throne was made from the Inn gallery in 1553.

St Michael's Tower, Gloucester, stands at The Cross, where the four main streets of Gloucester (Northgate, Eastgate, Southgate and Westgate Streets) meet. The Cross is also the highest point in the city. The Tower is on the corner of Eastgate and Southgate Streets and the entrance is in Southgate Street. It was built in 1465 on the site of the previous St Michael the Archangel. It is no longer used for religious ceremonies.

The Theatre Royal at Gloucester, at which Charles Dickens once performed, was an important theatre in the history of the city. The theatre was built in 1791 by John Boles Watson in upper Westgate Street. Watson died in 1813, and the theatre was sold to the businessman John Blinkhorn in 1857. Charles Dickens once performed the trial scene from The Pickwick Papers to a capacity audience. At its centenary in 1891, Sir Henry Irving and Ellen Terry both appeared with members of the Lyceum Company.

Located at 51.866, -2.2469 (Lat. / Lng.), about 0 miles away.
Wikipedia Article
Buildings and structures in Gloucester, 1791 establishments in England, Theatres completed in 1791, Theatres in Gloucestershire, History of Gloucester

These are some bigger and more relevant cities in the wider vivinity of Gloucester.