The district Chelsea Embankment of London in Greater London (England) is a subburb located in United Kingdom and is a district of the nations capital.

Being here already, you might want to pay a visit to some of the following locations: Kensington, City of Westminster, Wandsworth, Camden Town and Camberwell. To further explore this place, just scroll down and browse the available info. 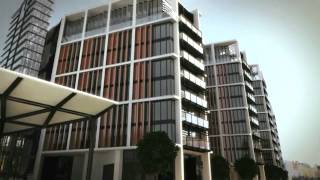 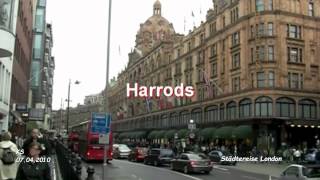 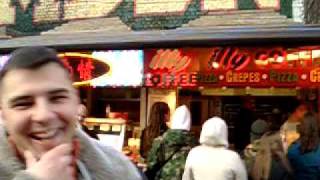 The RHS Chelsea Flower Show, formally known as the Great Spring Show, is a garden show held for five days in May by the Royal Horticultural Society (RHS) in the grounds of the Royal Hospital Chelsea in Chelsea, London. It is the most famous flower show in the United Kingdom, and perhaps in the world, attracting visitors from all continents. Highlights to the Chelsea Flower Show include the avant-garde show gardens designed by leading names with Floral Marquee at the centrepiece.

The Chelsea Physic Garden was established as the Apothecaries’ Garden in London, England in 1673. (The word "Physic" here refers to the science of healing. ) This physic garden is the second oldest botanical garden in Britain, after the University of Oxford Botanic Garden, which was founded in 1621. Its rock garden is the oldest English garden devoted to alpine plants.

Located at 51.4874, -0.1682 (Lat. / Lng.), about 2 miles away.
Wikipedia Article
Metropolitan boroughs of the County of London, History of Kensington and Chelsea, Parishes governed by vestries (Metropolis), 1900 establishments in the United Kingdom, 1965 disestablishments, Districts abolished by the London Government Act 1963

The Royal Hospital Chelsea is a retirement home and nursing home for some 300 British soldiers who are unfit for further duty due to injury or old age, located on Royal Hospital Road in Chelsea, London, in the Royal Borough of Kensington and Chelsea. It is a true hospital in the original sense of the word - that is, a place where hospitality was provided. The residents in the Royal Hospital are referred to as "in-pensioners".

Battersea Park is a 200 acre (83-hectare) green space at Battersea in the London Borough of Wandsworth in England. It is situated on the south bank of the River Thames opposite Chelsea, and was opened in 1858. The park occupies a mix of marshland reclaimed from the Thames, and land formerly used for market gardens that served the London population.

Albert Bridge is a Grade II* listed road bridge over the River Thames in West London, connecting Chelsea on the north bank to Battersea on the south bank. Designed and built by Rowland Mason Ordish in 1873 as an Ordish–Lefeuvre Principle modified cable-stayed bridge, it proved to be structurally unsound, and so between 1884 and 1887 Sir Joseph Bazalgette incorporated some of the design elements of a suspension bridge.

Located at 51.4822, -0.166667 (Lat. / Lng.), about 3 miles away.
Wikipedia Article
Bridges and tunnels in London, Bridges completed in 1873, Bridges across the River Thames, Road bridges in England, Grade II* listed buildings in London, Suspension bridges in the United Kingdom, Beam bridges

Chelsea Embankment is part of the Thames Embankment, a road and walkway along the north bank of the River Thames in central London, England. The western end of Chelsea Embankment, including a stretch of Cheyne Walk, is in the Royal Borough of Kensington and Chelsea; the eastern end, including Grosvenor Road and Millbank, is in the City of Westminster. Beneath the road lies the main low-level interceptor sewer taking waste water from west London eastwards towards Beckton.

Located at 51.484, -0.162 (Lat. / Lng.), about 2 miles away.
Wikipedia Article
Streets in Kensington and Chelsea, Buildings and structures on the River Thames, Waterfronts

Ranelagh Gardens were public pleasure gardens located in Chelsea, then just outside London, England in the 18th century.

The Duke of York's Headquarters is a building in Chelsea in the Royal Borough of Kensington and Chelsea, England. It was completed in 1801 to the designs of John Sanders (architect), who also designed the Royal Military Academy Sandhurst. In 1969 it was a declared a Listed building at Grade II*, due to its outstanding historic or architectural special interest. The building was originally called the Royal Military Asylum and was a school for the children of soldiers' widows.

The 1928 Thames flood was a disastrous flood of the River Thames that affected much of riverside London on 7 January 1928, as well as places further downriver. Fourteen people were drowned in London and thousands were made homeless when flood waters poured over the top of the Thames Embankment and part of the Chelsea Embankment collapsed.

Tite Street is a street in Chelsea, London, England, within the Royal Borough of Kensington and Chelsea, just north of the River Thames. It was laid out from 1877 by the Metropolitan Board of Works, giving access to the Chelsea Embankment. In the late 19th century the street was a favoured and fashionable location for people of an artistic and literary disposition. Tite Street is named after the architect William Tite.

The Brown Dog affair was a political controversy about vivisection that raged in Edwardian England from 1903 until 1910. It involved the infiltration of University of London medical lectures by Swedish women anti-vivisection activists, pitched battles between medical students and the police, police protection for the statue of a dog, a libel trial at the Royal Courts of Justice, and the establishment of a Royal Commission to investigate the use of animals in experiments.

Opened in 1968, The Chelsea Drugstore was a sleek modern glass and aluminium fronted building on the northwest corner of Royal Avenue and the Kings Road, in west London. Modeled on Le Drugstore on Boulevard St Germain in Paris, the Chelsea Drugstore was arranged over three floors and on most days remained open for up to 16 hours. Inside customers would find bars, a chemist, newsstands, record stores and other concessions.

Rasoi is an Indian restaurant located in London, England. As of 2008, the restaurant holds one star in the Michelin Guide.

The Chelsea Classic Cinema was a cinema originally opened in 1913 as the Chelsea Picture Playhouse, in the King's Road, Chelsea. It was designed by Felix Joubert, the cabinet maker and owner of The Pheasantry next door at number 152. It was built on land previously occupied by Box Farm (built in 1686 and demolished in 1899). On the western corner of Markham Street, it was initially opened by the London & Provincial Electric Theatre Company in 1913 with seating for 394 on a single floor.

San Domenico House, a 5-star hotel in London, England. It is a small boutique hotel, located just off Kings Road at 29-31 Draycott Place in Chelsea. It is has traditional and neo-classical furnishings. Formerly known as the Sloane Hotel until 2006 when it was situated at number 29. Expanded after 2006 into the adjacent property with 15 extra rooms.

This is a list of public art in the Royal Borough of Kensington and Chelsea.

Radnor Walk is a residential street in the Royal Borough of Kensington & Chelsea off the King's Road in London. The houses are mid and late Victorian and the street is part of the Royal Hospital Conservation Area. The well known local restaurant Zianni is situated at number 45, while at the top of the street is the Hill House School Founders' Hall. Famous residents include John Betjeman. It runs parallel to Shawfield Street and Smith Street.

Shawfield Street is a street in the Royal Borough of Kensington & Chelsea off King's Road in SW3. On the corner is Shawfield House, a 7-bedroom mansion currently owned by Charles Saatchi and wife Nigella Lawson, which was redeveloped by them from a former gas engineering works. There is also an Oxfam shop on Shawfield Street and a haridresser's called Vanilla . It is parallel to Radnor Walk and Flood Street.

The Noble Sage Art Gallery is a London contemporary art gallery, opened by Jana Manuelpillai in 2006. It is the first commercial gallery in the UK to specialise exclusively in Indian, Sri Lankan and Pakistani contemporary art. The majority of their collection are paintings, sculpture and works on paper from South India – Tamil Nadu, Kerala and Karnataka.

Not to be confused with the country house in Herefordshire, Burton Court Burton's Court, (sometimes called Bourton Court) is a park in Chelsea, London. It belongs to the Royal Chelsea Hospital which lies just to the south across Royal Hospital Road, and contains three tennis courts and a tennis academy. The court also often hosts cricket matches and artistic fairs.

Flood Street is a residential street in Chelsea, London, England. It runs between King's Road to the north and Royal Hospital Road to the south. Just further to the south is the River Thames. The closest tube station is Sloane Square to the northeast. The most famous resident of Flood Street (No. 19) was the former British prime minister Margaret Thatcher. The house was bought by Margaret Thatcher and her husband Denis Thatcher in 1967 and sold in 1986.