When in this area, you might want to pay a visit to some of the following locations: City of Westminster, Camden Town, Islington, City of London and Kensington. To further explore this place, just scroll down and browse the available info.

Ripley's Believe It or Not! Museum, London

Nissan GTR and Ferrari showing off for the crowds in central London! 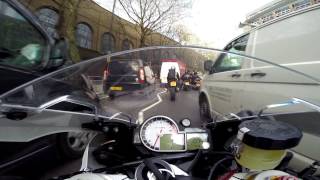 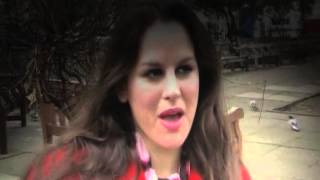 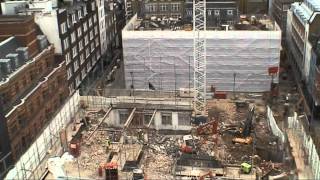 This short time lapse sequence shows demolition works at the site of Tottenham Court Road's new ticket hall on Dean Street. The demolitions were conducted floor-by-floor. This method of demolition... 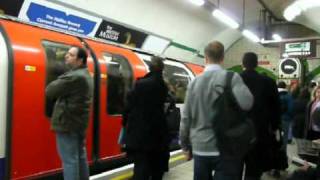 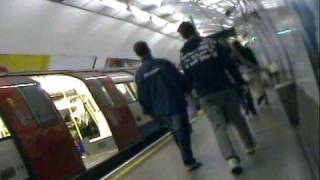 Subways of the World - London 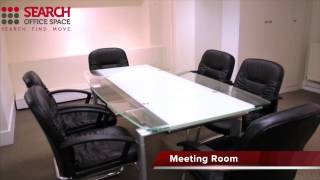 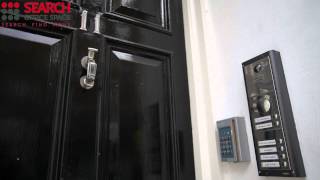 Serviced Offices in Soho http://www.searchofficespace.com/uk/office-space/soho-square-serviced-offices.html The office spaces to rent are semi-serviced, with a contemporary design - a style... 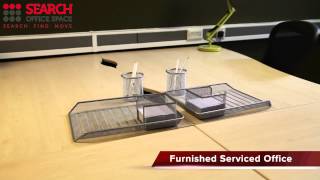 Serviced Offices in Soho near Oxford Street http://www.searchofficespace.com/uk/office-space/soho-serviced-offices.html Facilities at this serviced office space include access to executive...

Framestore is a British Oscar-winning visual effects company based near Oxford Street in London. Formed in 1986, it acquired (and subsequently merged) the Computer Film Company in 1997. The company works across several different areas of the media: feature films, commercials, music videos, feature animation and digital. The company's registered office is at 9 Noel Street, London. In 2004, the company set up an office in New York's SoHo district to serve the US advertising market.

Wardour Street is a street in Soho, London. It is a one-way street south to north from Leicester Square, up through Chinatown, across Shaftesbury Avenue to Oxford Street.

Absolute Radio is one of the UK's three Independent National Radio stations. The station rebranded to its current name at 7:45 am on 29 September 2008. The station is based in London and plays popular rock music. It currently broadcasts on mediumwave and DAB across the UK, on 105.8 FM in London, Sky (channel 0107), Virgin Media (channel 915), Freeview (channel 727), Freesat (channel 724) and TalkTalk TV (channel 620).

The 100 Club is a music venue in London situated at 100 Oxford Street, W1, originally called The Feldman Swing Club. The 100 Club attained legendary status in modern British music, having played host to live music since 24 October 1942.

Berwick Street Market is a small market on Berwick Street in the heart of Soho, London, England, selling mainly fruit and vegetables and general goods. It is open Monday to Saturday from 9am until 6pm.

A sister station to Absolute Radio, Absolute Classic Rock, is a radio station broadcasting to London via DAB, Virgin Media, Sky and worldwide on the internet. Absolute Classic Rock is part of the Absolute Radio Network. Formerly known as Virgin Radio Classic Rock, it originally was an internet-only radio station, and launched in 2000 under the name Virgin Classic. On DAB Digital Radio in London, the station launched at 12:15pm with Richard Skinner introducing Steppenwolf's Born to Be Wild.

Broadwick Street (formerly Broad Street) is a street in Soho, City of Westminster, London. It runs for 0.18 miles (0.29 km) approximately west-east between Marshall Street and Wardour Street, crossing Berwick Street. Broad Street was notorious as the centre of an 1854 outbreak of cholera. Dr John Snow traced the outbreak to a public water pump on the street and disabled the pump. The end of the outbreak swiftly followed.

Trident Studios was a British recording facility, located at 17 St. Anne's Court in London's Soho district between 1968-1981. It was constructed in 1967 by Norman Sheffield a drummer of former 1960's group The Hunters and his Brother Barry. "My Name's Jack" by Manfred Mann was recorded at Trident in March 1968, and helped launch the studio's reputation.

The Marquee was a music club first located at 165 Oxford Street, London, when it opened in 1958 with a range of jazz and skiffle acts. It was also the location of the first ever live performance by The Rolling Stones on 12 July 1962.

Located at 51.5134, -0.1339 (Lat. / Lng.), about 0 miles away.
Wikipedia Article, Homepage
1958 establishments in England, Event venues established in 1958, Music venues in London, Nightclubs in London, Former buildings and structures of Westminster

Absolute 80s, is a digital radio station in the United Kingdom catering for "reluctant adults" who want to reconnect with the tunes of their 80s youth.

Yauatcha is a Chinese restaurant in Broadwick Street, Soho, London, England, specialising in dim sum. The restaurant was created in 2004 by Alan Yau, who previously created the Wagamama Japanese and Busaba Eathai Thai restaurant chains and the more expensive Hakkasan restaurant, also in London. Like Hakkasan, Yauatcha gained a Michelin star rating in 2005, which it has retained.

Dean Street is a street in Soho, central London, running between Oxford Street to the north and Shaftesbury Avenue to the south.

Located at 51.5149, -0.135 (Lat. / Lng.), about 1 miles away.
Wikipedia Article
Yamaha Corporation, Shops in London, Companies established in 1811, Music retailers of the United Kingdom, 1811 establishments in England

Dark They Were, and Golden-Eyed (bookshop)

Dark They Were, and Golden Eyed was a science fiction bookshop and comic book retailer in London during the 1970; the largest of its kind in Europe. Specialising in science fiction, occultism, and Atlantis, the central-London shop also played a key role in bringing American underground comics to the United Kingdom. It also sold American editions of mainstream science fiction books that were not easily obtained anywhere else. The shop was named after a short story by Ray Bradbury.

Private Eye is a fortnightly British satirical and current affairs magazine, edited by Ian Hislop. Since its first publication in 1961, Private Eye has been a prominent critic and lampooner of public figures and entities that it deemed guilty of any of the sins of incompetence, inefficiency, corruption, pomposity or self-importance and it has become a self-styled "thorn in the side" of the British establishment.

Milk & Honey is an award-winning cocktail bar in Soho, London and the Lower East Side, Manhattan http://www. mlkhny. com. The London branch is operated as a private members' club, although non-members can visit before 11pm with a prior reservation http://mlkhny. com/london/index. html.

Meard Street is a street in Soho, London. It runs roughly East-West (properly, East-Northeast to West-Southwest, as elsewhere in Soho), between Wardour Street to the west and Dean Street to the east. It is in two sections, with a slight bend in the middle: the west half is pedestrianised, while the east half is a narrow single lane road. The street is named for John Meard, the younger, a carpenter, later esquire, who developed it in the 1720s and 1730s.

St. Anne's Court is an alleyway that connects Dean Street and Wardour Street in London's Soho district. Parts of it can be dated back to the late seventeenth century. Sites in St Anne's Court included the "model lodgings" designed by William Burges in 1864-66 for the banker and philanthropist Lackland Mackintosh Rate, for whom Burges subsequently work at Milton Court, Dorking, Surrey. At St Anne's, Rate wanted a commercial rental property.

Absolute Radio 90s is a spin-off service from Absolute Radio. Like Absolute 80s, this DAB spin-off service is a rolling music service which plays music from the 1990s. Some of the artists which feature on the service include Blur, Oasis, The Chemical Brothers, Guns and Roses, Portishead, The Stone Roses, Radiohead and Primal Scream amongst others.

Truslove & Hanson was a minor independent publishing firm that ran a number of fashionable bookshops in the West End of London. They also printed personalized stationery and bookplates, offered a bookbinding service, and acted as London agents for the State Library of New South Wales. There was a New York branch, Truslove, Hanson & Comba, from 1899 to 1903.

The Box Soho is a cabaret nightclub located at 11-12 Walker's Court in Soho, London, on the premises formerly occupied by the notorious former Raymond Revue Bar. Opened on February 9, 2011, it bills itself as a "theatre of varieties" and is a sister club to The Box Manhattan, New York City. Although known for its VIP and wealthy guests, the club it has been described as "Britain's seediest VIP club" and has gained notoriety for its sexually explicit burlesque and cabaret shows and stage acts.

PizzaExpress Jazz Club is a jazz club in London, England. Based in Dean Street in Soho, it is situated in the basement of a PizzaExpress restaurant, and was opened by company founder Peter Boizot in 1969. It has played host to Norah Jones, Amy Winehouse, Jamie Cullum and Walter Smith III The club was founded as the PizzaExpress Jazz Room, and early on featured UK pianists like Brian Lemon and Lennie Felix.

The Partisan was a radical venue of the New Left, at 7 Carlisle Street in the Soho district of London. It was established by historian Raphael Samuel in 1958 in the aftermath of the Suez Crisis and the Soviet invasion of Hungary. It closed in 1962, victim of a "business model" that was hospitable to the penniless intellectuals who patronised it, but wholly unrealistic.