Morden in Greater London (England) is a town in United Kingdom a little south of London, the country's capital city.

Current time in Morden is now 10:19 AM (Tuesday). The local timezone is named Europe / London with an UTC offset of one hour. We know of 9 airports near Morden, of which 5 are larger airports. The closest airport in United Kingdom is London Biggin Hill Airport in a distance of 11 mi (or 18 km), South-East. Besides the airports, there are other travel options available (check left side).

There are several Unesco world heritage sites nearby. The closest heritage site in United Kingdom is Tower of London in a distance of 14 mi (or 23 km), North-East. Also, if you like playing golf, there are a few options in driving distance. We discovered 5 points of interest in the vicinity of this place. Looking for a place to stay? we compiled a list of available hotels close to the map centre further down the page.

When in this area, you might want to pay a visit to some of the following locations: Sutton, Wandsworth, Croydon, Kingston and Hammersmith. To further explore this place, just scroll down and browse the available info. 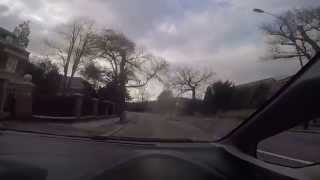 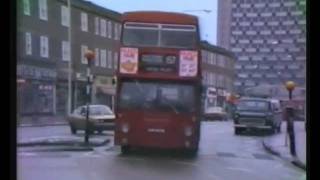 Buses at Morden Roundabout in 1981

Not sure of the exact date. When doing the video titles I thought it might have been 1983, but after posting, I now believe it was a year or two earlier. It was certainly December and videoed... 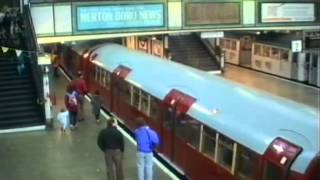 Two red trains at Morden station on the London Underground. One comprises 1938 tube stock, the other is the specially painted red and cream 1959 tube stock. Filmed 4th November 1990, in connectio ... 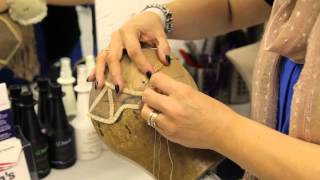 Joseph's Wigs ( http://www.josephs-wigs.com ) is a family run business and are wig makers by trade. We sell custom made human hair and acrylic wigs, toupees and hairpieces. We're official suppliers... 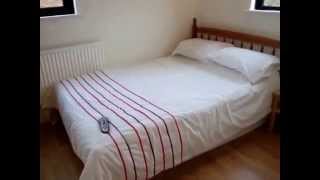 Let My Roof would like to present a spacious furnished / unfurnished flat, situated on the first floor within the Homefield Development in Morden 7 mins walking distance to Morden Tube and...

Morden Hall Park is a National Trust park located on the banks of the River Wandle in Morden, south London. It covers over 50ha (125 acres) of parkland with the River Wandle meandering through it spanned by numerous foot bridges. The estate contains Morden Hall itself, Morden Cottage, an old Snuff Mill, and many old farm buildings, some of which are now a garden centre and a city farm. The rose garden has over 2000 roses.

Morden Baptist Church is a Baptist church in the London Borough of Merton. The church building is on Crown Lane part of the Morden one-way system.

Located at 51.4102, -0.2024 (Lat. / Lng.), about 1 miles away.
Wikipedia Article
History of Merton, History of local government in London (early), Districts of London listed in the Domesday Book, Former civil parishes in England

The Baitul Futuh Mosque is a mosque complex in London. It is claimed to be the largest mosque complex in Western Europe. Completed in 2003 at a cost of approximately £5.5 million, entirely from donations of the Ahmadiyya Muslim Community, the mosque covers an area of 5.2 acres and the full complex can accommodate up to 10,000 worshippers.

Morden Road tram stop is a stop on the Tramlink service in the London Borough of Merton. It is on the site of the former Morden Road railway station on the Wimbledon-West Croydon line, which closed to heavy rail traffic in 1997. The tram stop consists of a two platforms on either side of double track, linked by pedestrian level crossings. Immediately to the east of the station is a single track section which reaches as far as Phipps Bridge tram stop.

Morden Road railway station was a station in Merton, on the West Croydon to Wimbledon Line.

These are some bigger and more relevant cities in the wider vivinity of Morden.

This place is known by different names. Here the ones we know:
Morden, 莫登